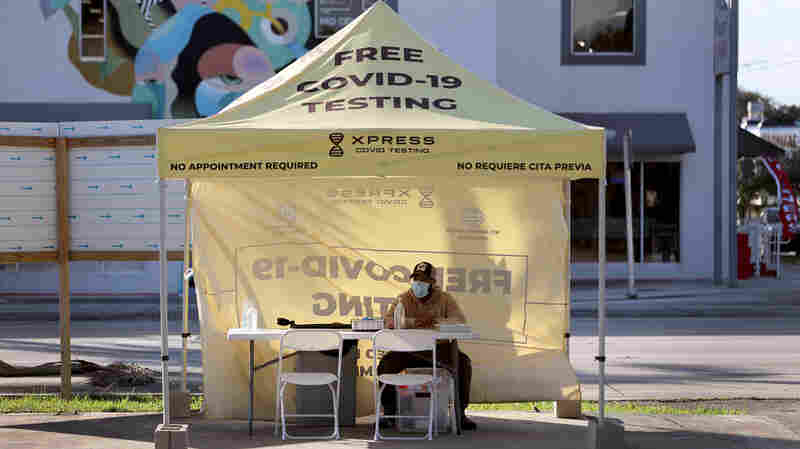 January 28, 2022 • Cases rates are dropping, but the number of people dying each day is not. Many hospitals are still overwhelmed. NPR's Will Stone reports. 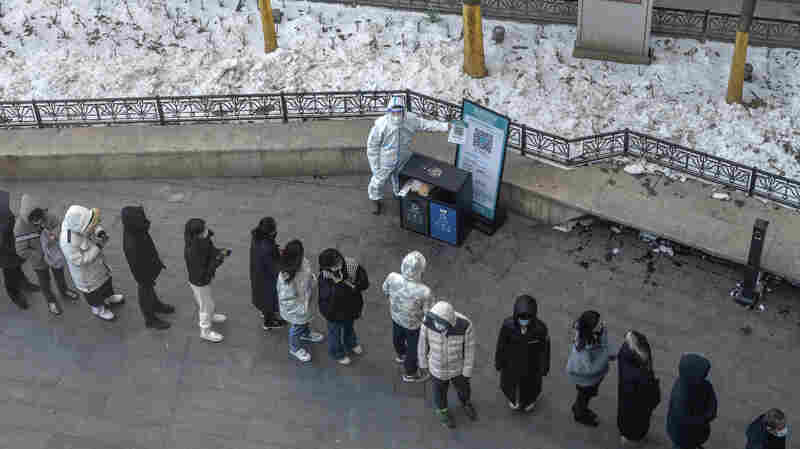 Omicron Around The World: From "Zero COVID" To Rising Cases

January 28, 2022 • The Omicron surge may have peaked in the U.S., but parts of the world are seeing crippling levels of cases. Jason Beaubien, NPR global health and development correspondent, joins the show to talk about where the virus is spreading, different countries' strategies for controlling the pandemic and what vaccinations look like globally.

Omicron Around The World: From "Zero COVID" To Rising Cases 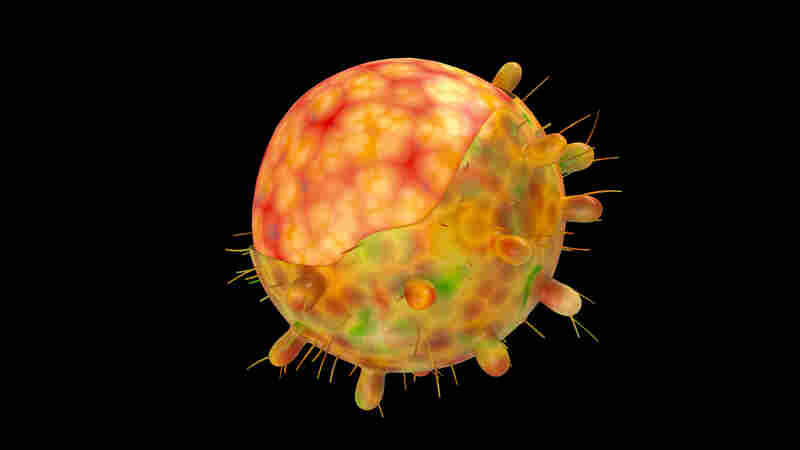 A computer-generated image of the omicron variant of the coronavirus. Uma Shankar Sharma/Getty Images hide caption

A second version of omicron is spreading. Here's why scientists are on alert

January 27, 2022 • It's a sibling of the first omicron variant that swept the world. Is it more contagious? Does it cause severe disease? Will it keep current omicron surges going? Researchers are looking for answers.

A second version of omicron is spreading. Here's why scientists are on alert 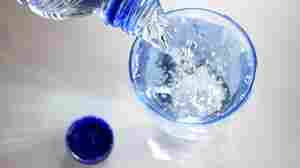 A glass is filled in with water on April 27, 2014 in Paris. Scientists studying what makes us thirsty have found the body checks in on our water consumption in several different ways. FRANCK FIFE/AFP via Getty Images hide caption

Thirsty? Here's how your brain answers that question

January 27, 2022 • Scientists have shown that the brain uses multiple checkpoints to make sure we get enough water, but not too much.

Thirsty? Here's how your brain answers that question 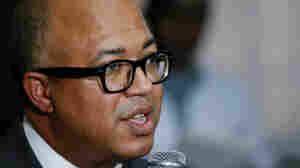 Dr. Chikwe Ihekweazu is the head of the World Health Organization's newly created Hub for Pandemic and Epidemic Intelligence. "We have to get better at convincing leaders to use the data we provide and not their political instinct or whatever else their decisions are based on. And that's not easy," he says. Afolabi Sotunde/Reuters hide caption

This Nigerian doctor has a tough new job: Stopping the next pandemic before it strikes

January 27, 2022 • The World Health Organization has created a Hub for Pandemic and Epidemic Intelligence. Dr. Chikwe Ihekweazu, who heads the group, talks about the challenges that lie ahead. 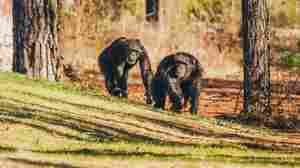 Two chimpanzees roam the grounds of Chimp Haven in Louisiana. Many former research chimpanzees have been sent to retire at the sanctuary. Images provided by Chimp Haven hide caption

January 27, 2022 • All chimps managed by the National Institutes of Health that are currently eligible to go to a sanctuary have been moved there, but animal welfare advocates say more should be allowed to go. 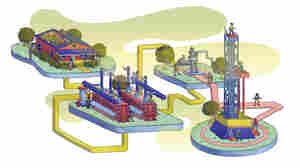 Gas stoves emit pollution into your house and are connected to a production and supply system that leaks the powerful greenhouse gas methane during drilling, fracking, processing and transport. Meredith Miotke for NPR hide caption

Gas stoves leak climate-warming methane even when they're off

January 27, 2022 • A study finds tiny leaks from loose fittings added up to more emissions than when stoves were in use. The impact of U.S. gas stoves on climate change amounts to the same effect as a half-million cars.

Gas stoves leak climate-warming methane even when they're off 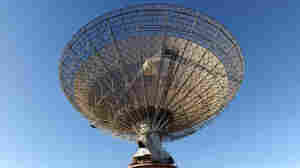 January 27, 2022 • A few years back, a radio telescope in Australia picked up a radio signal that seemed to be coming from a nearby star. One possibility? Aliens! NPR science correspondent, Geoff Brumfiel, joins the show to talk about the signal and how a hunt for extra-terrestrial life unfolded. 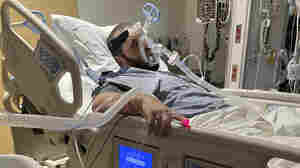 This family photo shows D.J. Ferguson initially being treated at Milford, Mass., Regional Medical Center. Brigham and Women's Hospital in Boston is defending itself after Ferguson's family claimed he was denied a new heart for refusing to be vaccinated against COVID-19. Tracey Ferguson file photo/via AP hide caption

Patient who refused COVID vaccine was denied a heart transplant

January 26, 2022 • Brigham and Women's Hospital in Boston said the COVID-19 vaccine is one of several immunizations required by most U.S. transplant programs. 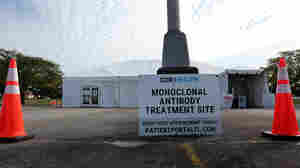 A monoclonal treatment site in Miami is closed on Tuesday after the Food and Drug Administration curbed use of some treatments. Joe Raedle/Getty Images hide caption

The FDA limits the use of some monoclonal antibodies treatments

January 26, 2022 • The Food and Drug Administration is curbing the use of two out of three monoclonal antibody treatments because new data shows they aren't effective against the omicron variant. 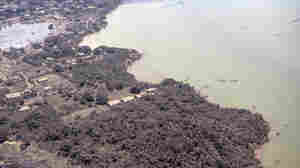 January 26, 2022 • The images show populated areas in the archipelago with heavily damaged or destroyed buildings and homes and at least one island covered with ash. 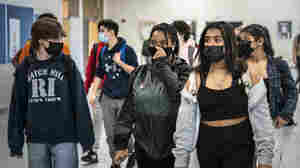 January 25, 2022 • Monday's ruling that overturned the mandate caused confusion, with some school administrators quickly announcing masks would be optional and others continuing to enforce wearing them. 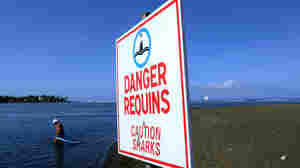 A man enters the water next to a sign warning on the danger of shark attacks at the L'Etang-Salé beach, on the Indian Ocean island of La Réunion in 2019. Richard Bouhet/AFP via Getty Images hide caption

Shark bites surged in 2021, rebounding from a drop earlier in the pandemic 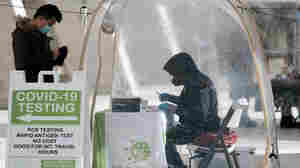 What's Next For The Pandemic? Will COVID-19 Become Endemic Soon?

January 25, 2022 • Many experts warn there will be more infections on the downslope of the omicron surge, but the U.S. is on the path to the virus becoming endemic — and that should mean fewer interruptions to daily life. Take a listen to Rachel Martin chat with health correspondent Allison Aubrey about what's next in the pandemic on Morning Edition.

What's Next For The Pandemic? Will COVID-19 Become Endemic Soon? 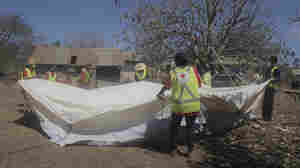 January 24, 2022 • Since the pandemic began, Tonga has reported just a single case of COVID-19 and has avoided any outbreaks. 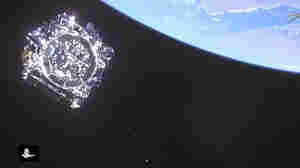 The James Webb Space Telescope will capture pictures of the very first stars in the universe and help scientists study the atmosphere of planets orbiting stars outside our solar system to see if they might be habitable. NASA/AP hide caption

The James Webb telescope reaches its final destination in space, a million miles away

January 24, 2022 • The $10 billion telescope is nearly ready to begin capturing images that scientists hope will help uncover the mysteries of the universe — and scope out other possible habitable planets. 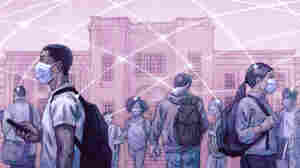 How colleges are dealing with high COVID case counts on campus

January 23, 2022 • Despite the omicron surge, college students are starting the spring semester on campus – and administrators are bracing for the worst.

How colleges are dealing with high COVID case counts on campus 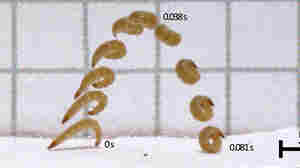 Bark beetle larvae grip the ground with their claws in order to build up energy to accomplish their acrobatics. Adrian Smith/Matt Shipman hide caption

January 23, 2022 • A team of researchers has discovered the gymnastic ability of bark beetle larvae. Scientists recently recorded the larvae performing the twisting leap for the first time. 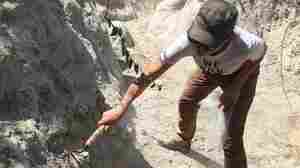 January 22, 2022 • Some of the oldest human remains ever unearthed are the Omo 1 bones found in Ethiopia. For decades, their precise age has been debated, but a new study may have the answer. 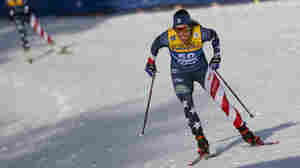 Could the world become too warm to hold Winter Olympics?

January 21, 2022 • If nations don't address high greenhouse gas emissions, by the 2080s, all but one of the 21 cities that previously hosted the Winter Games wouldn't be able to do so again, a new study has found.

Could the world become too warm to hold Winter Olympics? 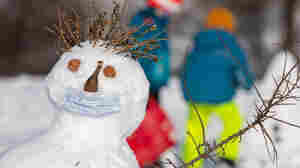 This German snowman wears a protective mask over its banana nose and mouth, but experts say the risk of catching COVID outdoors is slim. Peter Kneffel hide caption

January 21, 2022 • Previous versions of the coronavirus didn't transmit as easily outdoors thanks to airflow that dispersed viral particles. But what about the highly transmissible omicron variant? 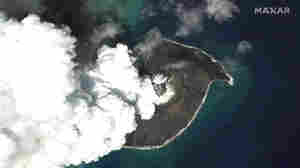 The Tonga volcano on December 24 2021 as seen from a satellite. The eruption turned explosive, in what nuclear monitors say was the biggest bang they've ever recorded. Maxar hide caption

January 21, 2022 • A station to detect nuclear weapons tests picked up the volcanic eruption in Tonga from Antarctica. Some experts say the blast could be more than 50 megatons, while NASA estimates 6-10 megatons. 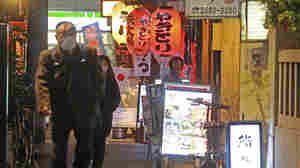 People wearing face masks to help protect against the spread of the coronavirus walk on a street lined with bars and restaurants in Tokyo on Jan. 19, 2022. Koji Sasahara/AP File Photo hide caption

Japan is ramping up COVID-19 restrictions as omicron cases surge

January 21, 2022 • While many Japanese adults are fully vaccinated, few have gotten a booster shot, which has been a vital protection from the highly contagious omicron variant. 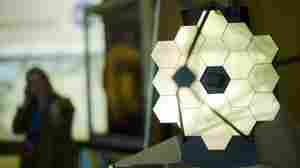 Fighting Bias In Space: When There's A New Telescope, Who Gets To Use It?

January 21, 2022 • The James Webb Space Telescope's mirrors are almost in place and soon it'll be a million miles away from Earth, ready to provide clues to the history of the universe. Naturally, many scientists have research they'd like to do that involve the telescope. Today on the show, Emily talks with correspondent Nell Greenfieldboyce about who gets time on it, and how decision-makers are working to stay focused on the proposed science instead of who will be doing it, in the hopes of making the process fair for all proposals.

Fighting Bias In Space: When There's A New Telescope, Who Gets To Use It? 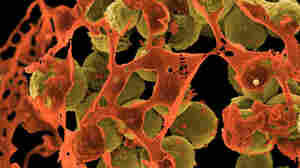 MRSA (methicillin-resistant Staphylococcus aureus), depicted above in yellow and surrounded by cellular debris, is a staph bacterium that resists treatment by many common antibiotics. The image is from a scanning electron micrograph. NIH/NAID/IMAGE.FR/BSIP/Universal Images Group via Getty Images hide caption

Why humans are losing the race against superbugs

January 20, 2022 • A new report in The Lancet finds that in 2019, antibiotic-resistant bacteria killed 1.2 million people — more than were killed by malaria or HIV/AIDS. The problem is mounting in lower-income nations.

Why humans are losing the race against superbugs