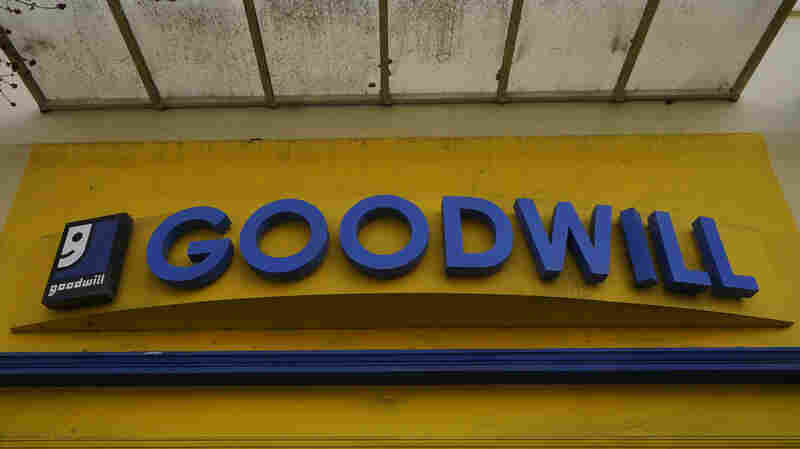 Iconic Goodwill gets serious with a national online shop for thrifters

October 4, 2022 • Goodwillfinds launched Tuesday with roughly 100,000 items available online. The venture will help fund its community-based programs across the U.S. and increase donations and its customer base. 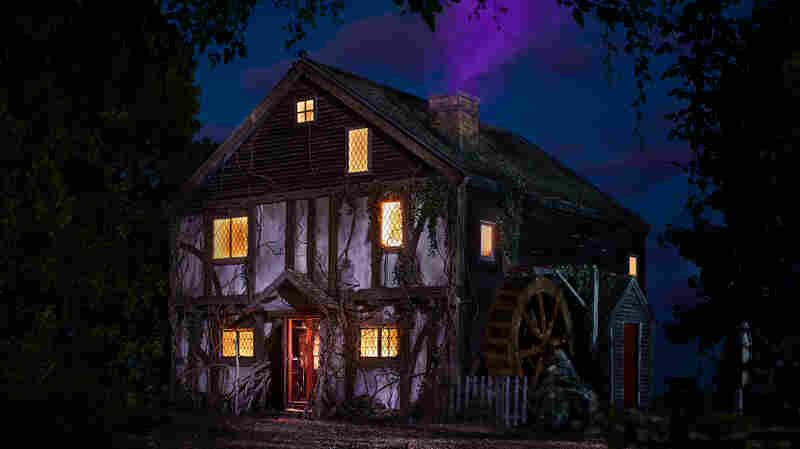 The 'Hocus Pocus' cottage is now welcoming visitors on Airbnb

October 4, 2022 • A pair of guests will have the chance to stay in the Sanderson Sisters' cottage. They'll also get to visit haunted sites in Salem, view a special screening of 'Hocus Pocus 2' and try witchcraft. 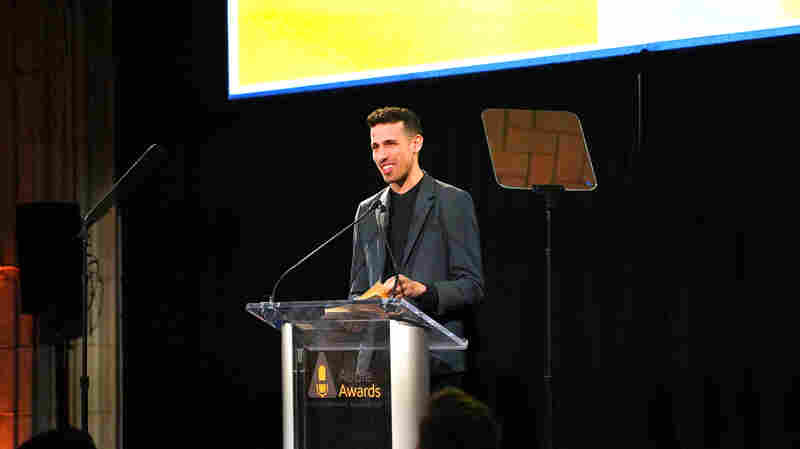 October 4, 2022 • YA phenom Adam Silvera has a new novel out Oct. 4. It's a prequel to his blockbuster They Both Die At the End, which is still on The New York Times bestsellers list after more than two years. 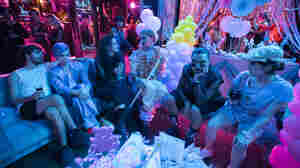 The cast of Los Espookys in a scene from the second season. Pablo Arellano Spataro/HBO hide caption

'Los Espookys' is a very odd and very good show

October 4, 2022 • Los Espookys is very odd and very good comedy series about a group of horror-loving friends who start up a business that provides scary experiences for their clients. It's co-written by two of its stars, comedians Julio Torres and Ana Fabrega. The second season is currently airing on HBO so we thought it would be a good time to encore our episode about the first season.

'Los Espookys' is a very odd and very good show 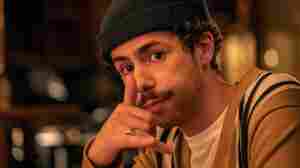 'Ramy' wades into murky waters in Season 3, but the comedy is clear as ever

October 3, 2022 • Ramy Youssef's comic-drama about Muslim life in America aims higher than almost anything else on TV. In its new season, Ramy grows increasingly unlikable and his family appears to be falling apart.

'Ramy' wades into murky waters in Season 3, but the comedy is clear as ever 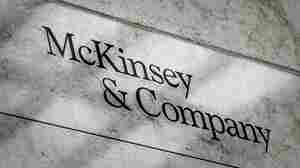 October 3, 2022 • When McKinsey Comes to Town authors Walt Bogdanich and Michael Forsythe say the consulting firm helped companies boost tobacco and opioid sales — while at the same time working for the FDA. 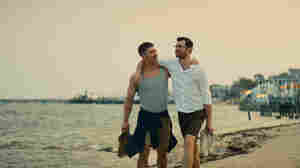 Bros is the first gay romantic comedy with a mostly LGBTQ cast to be given a wide release by a major studio. It played well in big cities, but had disappointing overall numbers in its first weekend. Above, Luke Macfarlane (left) and Billy Eichner. Universal Pictures hide caption

October 3, 2022 • The film is the first gay romantic comedy with a mostly LGBTQ cast to be given a wide release by a major studio. It took in a disappointing $4.8 million in its first weekend. 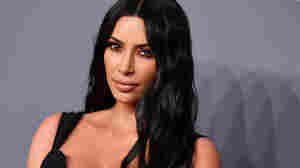 Kim Kardashian, who is charged with violating federal securities laws, has agreed to pay a $1 million fine to the S.E.C. Angela Weiss/AFP via Getty Images hide caption

October 3, 2022 • The reality TV star hawked a crypto token on her Instagram account without telling her hundreds of millions of followers she'd been paid to do so. 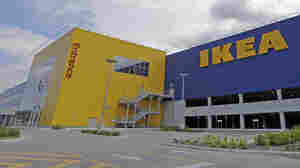 A true Ikea fan looks beyond what might be found at a typical U.S. Ikea home furnishing store, like this one pictured in Miami in 2015. Alan Diaz/AP hide caption

October 3, 2022 • Ikea's unyielding sameness is a stabilizing force in my life — but I wanted novelty anyway, at any cost. So I traveled thousands of miles to the Ikea Museum. 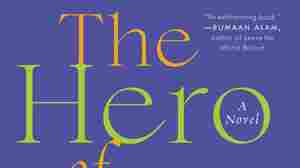 October 3, 2022 • Elizabeth McCracken promised her mom she'd never write about her. But this work of fiction strives to conjure her up in order to prevent her from "evanescing." 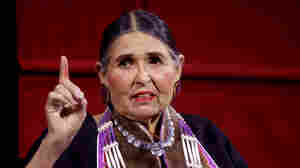 October 3, 2022 • In 1973, Littlefeather provided one of the most dramatic moments in Oscar history: Offering Brando's regrets for refusing the award because of Hollywood's treatment and portrayal of Native Americans. 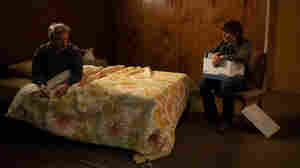 Steve Carell and Domhnall Gleeson in a scene from The Patient. Suzanne Tenner/ HULU hide caption

October 3, 2022 • The Hulu series The Patient is a terrifying thriller with a simple premise. A therapist (Steve Carell) is imprisoned in the basement of a serial killer (Domhall Gleeson) who wants to stop killing and thinks therapy can help. The show unfolds over 10 intense episodes and comes from Joel Fields and Joe Weisberg, who last worked together on the The Americans. 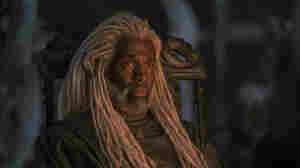 'House of the Dragon' recaps

'House of the Dragon' recap episode 7: Just you and eye

October 2, 2022 • On the 7th episode of HBO's Game of Thrones spin-off, guests at a funeral express their grief through sex and violence. Fantasy royals: they're just like us! 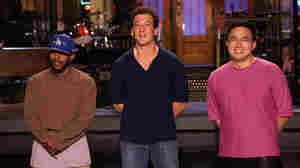 October 2, 2022 • Judging by the relentlessly average, borderline uninspired season opening episode, this 48th season of SNL is off to a bumpy start, writes our critic Eric Deggans. 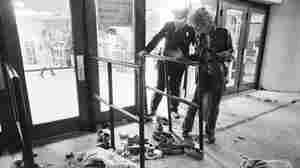 A security guard and an unidentified man look at an area where several people were killed as they were caught in a surging crowd entering Cincinnati's Riverfront Coliseum for a concert by The Who on Dec. 3, 1979. Brian Horton/AP hide caption

October 2, 2022 • Panic and a rush for the exit left at least 125 dead, most of whom were trampled, after the game. Here's a look at some of the major crowd disasters in recent decades. 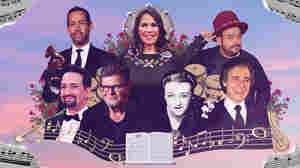 Without these Latino composers, Hollywood wouldn't sound the same

Without these Latino composers, Hollywood wouldn't sound the same 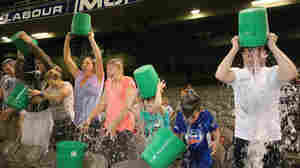 Participants tip buckets of ice water over their heads as they take part in the World Record Ice Bucket Challenge at Etihad Stadium on Aug. 22, 2014, in Melbourne, Australia. Scott Barbour/Getty Images hide caption

October 1, 2022 • In 2014, it was hard to miss the ALS Ice Bucket Challenge that set out to raise money to fund research for the disease. And it paid off. A new treatment was funded by $2.2 million of the funds raised. 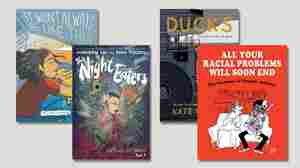 These fall graphic novels reflect the diversity of the genre

October 1, 2022 • The comics renaissance continues this season with all sorts of great graphic novels in every genre imaginable — from Below Ambition to The Night Eaters to All Your Racial Problems Will Soon End. 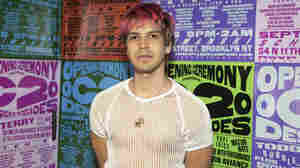 October 1, 2022 • Julio Torres wrote some of SNL's most memorable sketches, like Wells for Boys, and then brought his talent to HBO for Los Espookys, but what does he know about The Addams Family, TV's ookiest family? 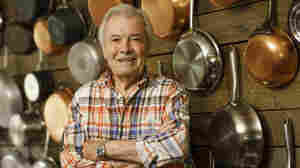 Jacques Pépin, pictured in his home in Connecticut in August, has a new book called Art of the Chicken. Carlin Stiehl for The Boston Globe via Getty Images hide caption

October 1, 2022 • Jacques Pépin has cooked for France's president and was a friend of Julia Child. His new memoir — complete with paintings, recipes and stories — is dedicated to his love of all things chicken. 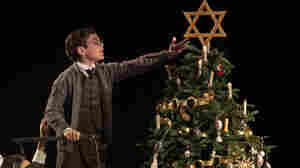 Playwright Tom Stoppard was in his 50s when he learned of his Jewish heritage. Almost 20 years after that discovery, he engages with with his family history and identity in the play Leopoldstadt. Joan Marcus hide caption

October 1, 2022 • All four of the playwright's grandparents died in the Holocaust, but Stoppard only learned he was Jewish in middle age. Now, at 85, he engages with his family history in the play Leopoldstadt. 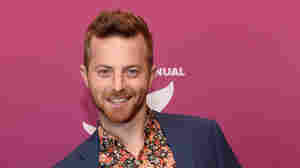 Ned Fulmer of The Try Guys — who was very much known as a "Wife Guy" — has publicly admitted to cheating on his wife with an employee of the show. The incident reminded NPR's Linda Holmes of the ways in which YouTube contains elements of early-2000s blog culture and journaling. Fulmer is shown above on May 5, 2019 in New York City. Noam Galai/Getty Images for Shorty Awards hide caption

October 1, 2022 • Linda Holmes has seen blog culture boom, bust and bounce right back. She says when you write or talk publicly about your personal life, people feel entitled to know how the story ends.