Accessibility links
Politics NPR's expanded coverage of U.S. and world politics, the latest news from Congress and the White House, and elections. 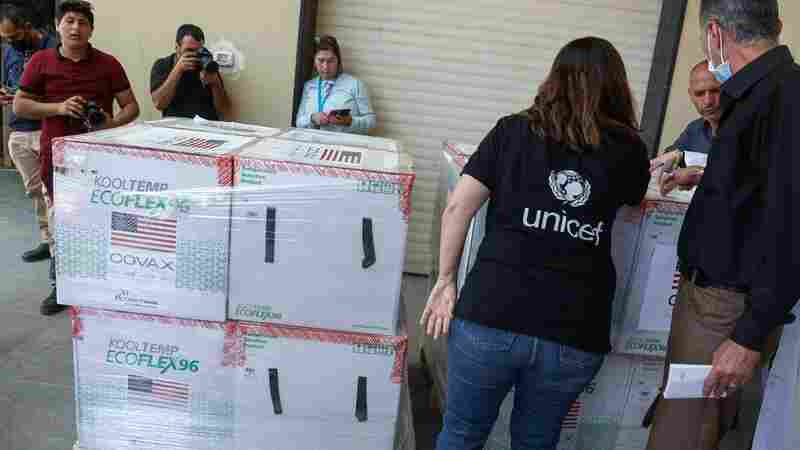 Biden Will Try To Rally The World To Boost COVID-19 Vaccinations As The U.N. Meets

September 17, 2021 • With efforts to vaccinate the world's poorest countries lagging, President Biden plans a virtual summit alongside the United Nations General Assembly to set new goals in the pandemic fight. 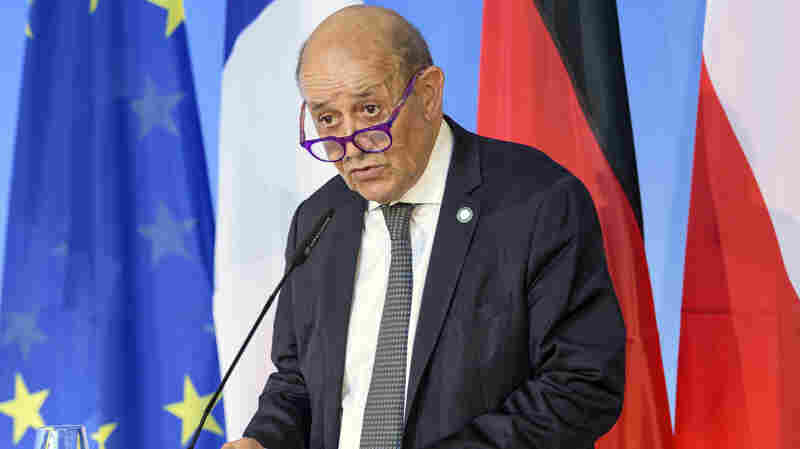 France Recalls Ambassadors To The U.S. And Australia Over Snubbed Sub Deal

September 17, 2021 • France said it was "unacceptable behavior" for Australia to abruptly drop a $40 billion submarine purchasing agreement with France in favor of a new deal with the U.S. and U.K. 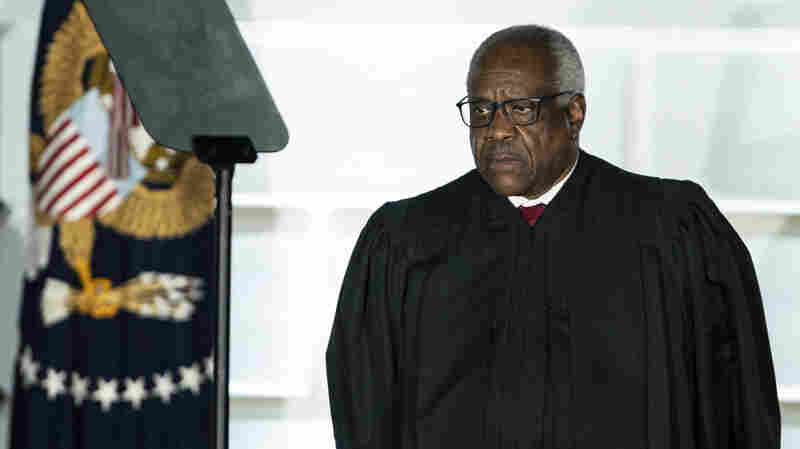 U.S. Supreme Court Justice Clarence Thomas listens during a ceremony on the South Lawn of the White House in Washington, D.C., on Oct. 26, 2020. Al Drago/Bloomberg via Getty Images hide caption

September 17, 2021 • Justice Thomas defended the Supreme Court's independence, arguing that despite disagreements about the court's role, "it works. It may work sort of like a car with three wheels, but it still works."

Listen To Our Podcast

Every weekday, NPR's best political reporters are there to explain the big news coming out of Washington and the campaign trail. They don't just tell you what happened. They tell you why it matters. Every afternoon. 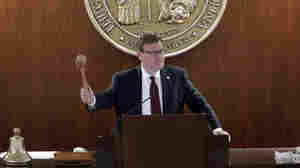 September 17, 2021 • The state's latest photo voter identification law "was motivated at least in part by an unconstitutional intent to target African American voters," two judges wrote in their opinion. 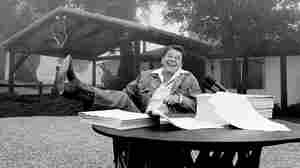 President Ronald Reagan shows his boot following the signing of his tax bill in August 1981 at his vacation home near Santa Barbara, Calif. AP hide caption 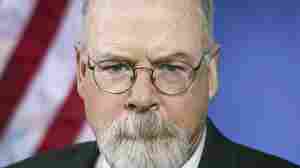 Special counsel John Durham, here in 2018, was tapped by former Attorney General William Barr to look into the origins of the FBI's investigation into connections between the Trump campaign and Russia. Department of Justice via AP hide caption

September 16, 2021 • A cybersecurity lawyer who worked at a law firm tied to the Democratic Party is the second person charged in John Durham's investigation into the origins of the FBI's Trump-Russia probe. 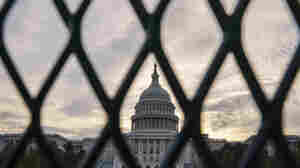 Security fencing was reinstalled around the U.S. Capitol Wednesday night ahead of a planned Sept. 18 rally by far-right supporters of former President Donald Trump. They are demanding the release of rioters arrested after the Jan. 6 attack. J. Scott Applewhite/AP hide caption

The Capitol Will Face Its Biggest Security Test Since Jan. 6 On Saturday

September 16, 2021 • A demonstration is planned in support of defendants charged after a pro-Trump mob stormed the Capitol. The FBI says there's no specific threat, but security officials say they're ready no matter what.

The Capitol Will Face Its Biggest Security Test Since Jan. 6 On Saturday 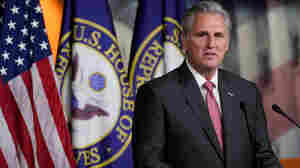 House Minority Leader Kevin McCarthy, R-Calif., continues to make President Biden's handling of the economy the central theme in the runup to the 2022 midterms. McCarthy is poised to run for speaker if the GOP takes control of the House of Representatives. Win McNamee/Getty Images hide caption

To Retake Congress, The GOP Plans To Attack Democrats On The Economy

September 16, 2021 • President Biden isn't on the ballot next fall. But Republican lawmakers, campaign operatives and candidates believe his handling of the economy will drive voters' decisions.

To Retake Congress, The GOP Plans To Attack Democrats On The Economy 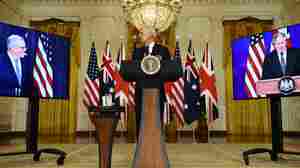 September 15, 2021 • The Australian navy will be able to patrol faster and farther with the submarine technology. The rare move comes as the United States looks for ways to counter China. 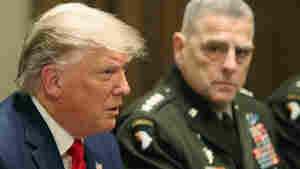 Gen. Mark Milley, chairman of the Joint Chiefs of Staff, sought to reassure China's military that the U.S. wasn't planning an attack in the final months of former President Donald Trump's term in office, according to the book Peril. Mark Wilson/Getty Images hide caption

Gen. Milley Defends His Call To A Chinese General About Trump's Rhetoric And The U.S.

September 15, 2021 • A new book, Peril, says the chairman of the Joint Chiefs of Staff was attempting to head off a potential armed conflict when he called his Chinese counterpart twice in Trump's final months in office. 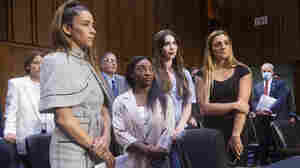 Gymnasts (from left) Aly Raisman, Simone Biles, McKayla Maroney and Maggie Nichols leave after testifying Wednesday at a Senate Judiciary Committee hearing on the FBI's handling of the Larry Nassar investigation. Nassar was charged in 2016 with federal child pornography offenses and sexual abuse charges in Michigan and is now serving decades in prison. Saul Loeb/Pool via AP hide caption

Gymnasts Blast The FBI's Mishandling Of Their Allegations About Larry Nassar

September 15, 2021 • FBI Director Christopher Wray told the gymnasts, who had testified at a Senate Judiciary hearing, he was "deeply and profoundly sorry that so many people let you down over and over again." 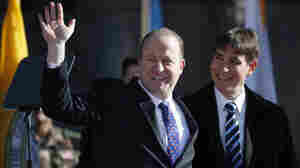 September 15, 2021 • Colorado Democratic Gov. Jared Polis, who in 2018 became the first openly gay man ever elected governor in the U.S., wed his longtime partner on Wednesday. 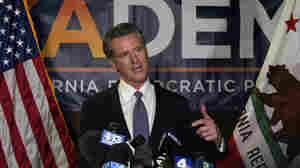 California Gov. Gavin Newsom addresses reporters Tuesday in Sacramento after beating back the recall effort that aimed to remove him from office. Rich Pedroncelli/AP hide caption

Efforts To Recall Governors Are Common, But They Rarely Succeed

September 15, 2021 • Only four governors in U.S. history have faced a recall election — and California's Gov. Gavin Newsom is one of two who managed to survive the vote. 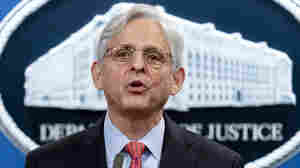 September 15, 2021 • The Justice Department is asking a federal judge to temporarily block the new Texas abortion ban while its lawsuit against the state continues. 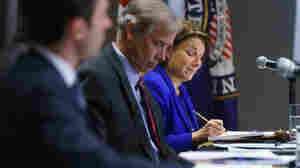 September 14, 2021 • Democrats have a deal on revised voting rights legislation, but a major roadblock remains in the evenly divided chamber with Republicans ready to halt the bill's progress.

Sen. Klobuchar on the new voting bill, from Morning Edition 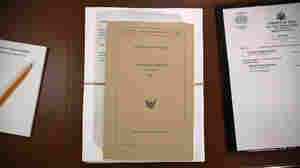 A copy of the Tax Cuts and Jobs Act conference report sits at the U.S. Capitol on Dec. 18, 2017. The legislation was passed using the budget reconciliation process. Chip Somodevilla/Getty Images hide caption

A $3.5 Trillion Question: What Is Budget Reconciliation? Here's An Explainer

September 14, 2021 • Democrats are hoping to use a maneuver called budget reconciliation to pass a big $3.5 trillion economic plan over Republican objections. Here's what you need to know about the process. 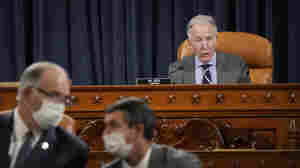 September 13, 2021 • A key House Democrat released a plan to increase taxes on corporations and top earners to help offset some of the cost of a plan for child care, community college and many other programs. 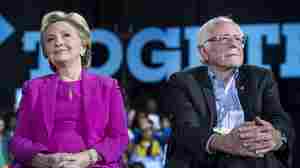 In their Democratic presidential primary, Hillary Clinton and Bernie Sanders had a heated debate in 2016 about what "progressive" means. Even now, it's not totally clear. Melina Mara/The Washington Post via Getty Images hide caption

More And More Democrats Embrace The 'Progressive' Label. Here's Why

September 13, 2021 • The current divisions in the Democratic Party and its ideological shift can be explained, in part, by tracking how the word "progressive" became the chosen label for so many on the left.

More And More Democrats Embrace The 'Progressive' Label. Here's Why 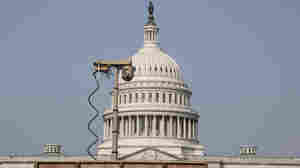 Capitol Police Are Upping Security Ahead Of A Rally In Support Of The Jan. 6 Rioters

September 13, 2021 • Congressional leaders and top security officials say the U.S. Capitol will be well-prepared for a far-right rally expected for the area this Saturday. 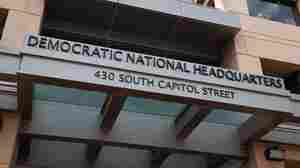 September 13, 2021 • The driver told a U.S. Capitol Police officer he was "on patrol" and spoke about white supremacy. A machete and bayonet were found inside his pickup outside Democratic National Committee headquarters. 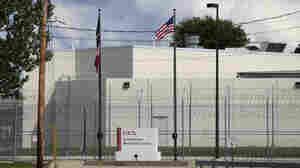 The main gate of the privately run Leavenworth Detention Center in 2016. At the time, the prison's operator was known as the Corrections Corporation of America but has since been renamed CoreCivic. Legal advocates are hoping the facility shuts down when its federal contract ends at the end of 2021. Orlin Wagner/AP hide caption

Biden Ended Contracts with Private Prisons. So One May Turn To House Immigrants

September 13, 2021 • A for-profit detention center in Kansas that's been plagued with violence may be trying to do an end run against a presidential executive order by moving to house immigrant detainees. 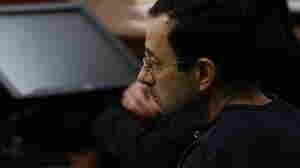 September 13, 2021 • The Senate Judiciary Committee hearing this week follows a watchdog report that detailed "numerous and fundamental errors" of the FBI's handling of the Nassar case. 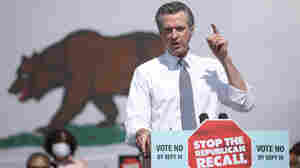 California Gov. Gavin Newsom speaks during a No on the Recall campaign event with Vice President Harris on Wednesday in San Leandro, Calif. President Biden is set to campaign with Newsom on Monday. Justin Sullivan/Getty Images hide caption

The California Recall And Its Very Real Political Consequences, Explained

September 13, 2021 • On Tuesday, Californians will decide whether Democratic Gov. Gavin Newsom should remain in office. Here's a primer on the recall, how it works and how we got here — and the political stakes. 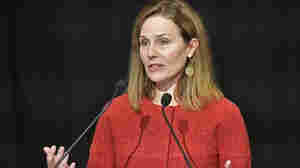 Supreme Court Justice Amy Coney Barrett speaks Sunday at the University of Louisville's McConnell Center in Kentucky. She told an audience that "judicial philosophies are not the same as political parties." Timothy D. Easley/AP hide caption

September 13, 2021 • The newest justice — picked by former President Donald Trump to fill the seat left open by Ruth Bader Ginsburg's death — said, "I think we need to evaluate what the court is doing on its own terms."