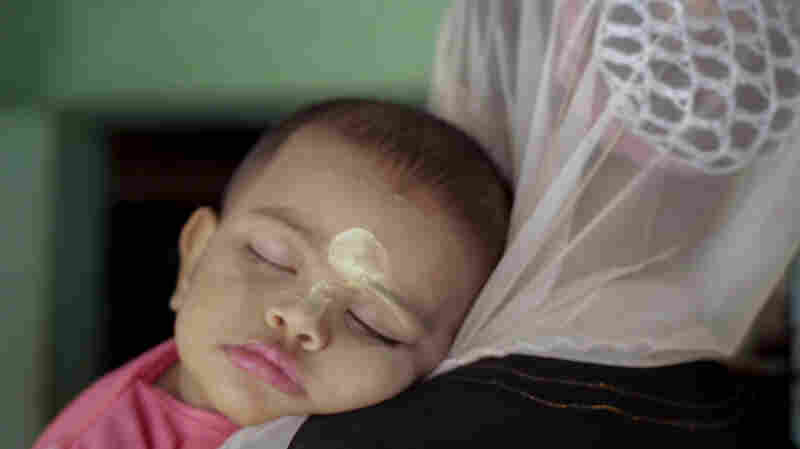 A scene from Midwives: A baby whose face is adorned with thanaka — a kind of sunscreen made from wood bark. POV/EyeSteelFilm hide caption

January 28, 2022 • The documentary follows a Buddhist and a Muslim — who don't always get along — as they provide health care to Muslim women and children despite growing political and religious tensions in Myanmar. 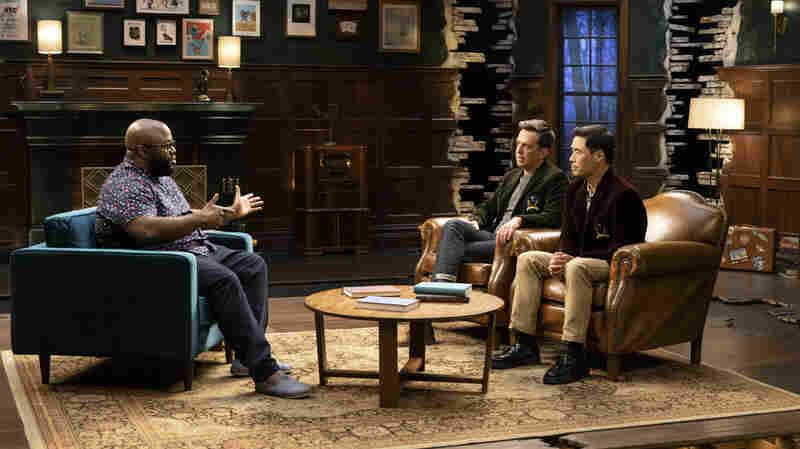 What's making us happy: A guide for your weekend reading, viewing and gaming

January 28, 2022 • Each week, the guests and hosts on NPR's Pop Culture Happy Hour share what's bringing them joy. This week: True Story With Ed & Randall, a web-based game that isn't Wordle, and more. 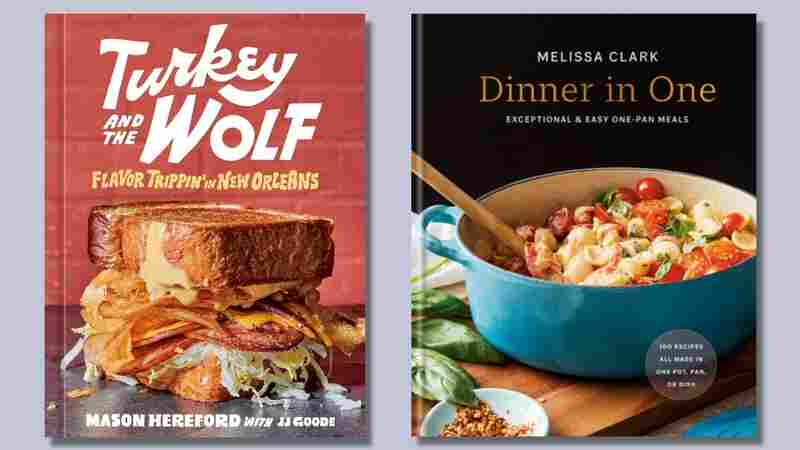 Turkey and the Wolf by Mason Hereford; Dinner in One by Melissa Clark Catie Dull/NPR hide caption

A shipment of cookbooks is lost at sea. Authors hope the fish enjoy the recipes

January 28, 2022 • Turkey and the Wolf: Flavor Trippin by Mason Hereford and Dinner in One by Melissa Clark call the mishap a very 2022 event as a storm sinks their publication dates. 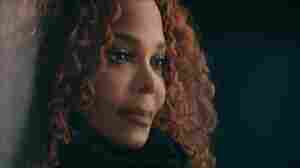 January 28, 2022 • The famously private music legend has the opportunity to open up in a two-part docuseries. But the show leaves many stories left untold. 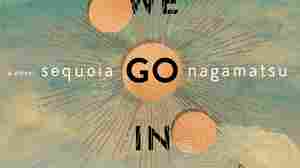 January 28, 2022 • One character is an aimless young man works at a euthanasia theme park for terminally ill kids, placing them on the roller coaster that will kill them before the plague does. It is a book about death. 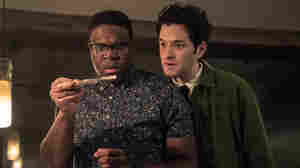 On 'The Afterparty,' a high school reunion really can kill you

January 28, 2022 • The Apple TV+ show might not be as riotous as its roster of comedy stars would suggest, but it's an entertaining murder mystery. 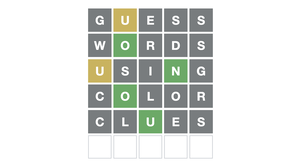 Wordle is a daily dose of delight, despair, and sometimes smugness

January 28, 2022 • The daily online word game Wordle has absolutely exploded in popularity in recent weeks. It's a game that gives you six chances to guess a five-letter word, giving you clues along the way about which letters are right and whether they're in the right places. It's addictive, but it can drive you mad.

Wordle is a daily dose of delight, despair, and sometimes smugness 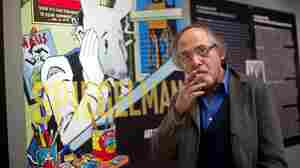 Comic book artist Art Spiegelman said this week that the McMinn County School Board seemed to have a "myopic" focus on the potentially offensive words and limited nudity in Maus. Bertrand Langlois/AFP via Getty Images hide caption

January 27, 2022 • The 10-member McMinn County School Board voted unanimously earlier this month to remove the book because of foul language and an image of a nude woman. 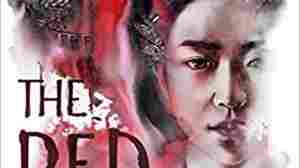 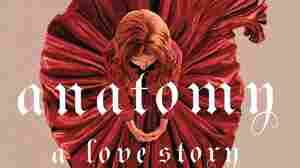 'Anatomy' is a gothic love story stirring up mystery and medicine

January 27, 2022 • In Dana Schwartz's novel, it's 1817 and Lady Hazel, set to marry a cousin, just wants to study medicine. She meets a boy who helps her — and the journey is an adventure from there. 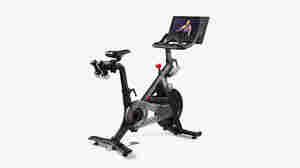 The ins and out of Peloton culture

January 27, 2022 • What do Dancing With The Stars, the Sex and the City spinoff, and one of the most viral ads of 2019 have in common? They represent some of the many pop culture touchpoints of the ubiquitous fitness brand Peloton. We talk about the Peloton universe, including it's star-making stable of instructors complicated relationship with the wellness industry.

The ins and out of Peloton culture 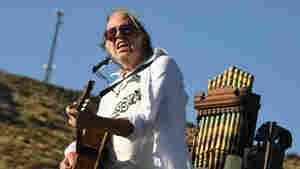 January 26, 2022 • The move came two days after Neil Young requested that his work be removed from Spotify in protest over coronavirus misinformation on Joe Rogan's podcast. 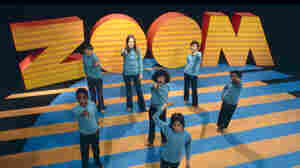 The cast of Zoom, 1972. Courtesy of WGBH Archives hide caption

50 years ago, 'Zoom' spoke to children about their real lives

January 26, 2022 • For the anniversary of the kids' TV show, the American Archive of Public Broadcasting has more than 100 episodes set to stream online. Original cast members are celebrating on, you guessed it, Zoom.

50 years ago, 'Zoom' spoke to children about their real lives 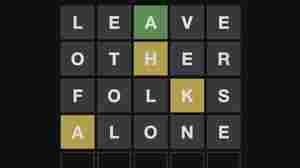 A bot that tried to spoil the fun for Wordle users has been banned by Twitter. Screenshot by NPR hide caption

January 26, 2022 • A bot account sent mean notes to users who posted their Wordle score — and it also revealed the next day's answer. It was suspended for violating Twitter's rules. 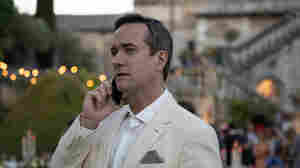 Matthew Macfadyen says of his initial impression of Succession was that it was "fantastically acid and funny and interesting." Graeme Hunter/ Sourdough Productions/HBO hide caption

With 'Succession', Matthew Macfadyen finds himself a long way from Mr. Darcy

With 'Succession', Matthew Macfadyen finds himself a long way from Mr. Darcy 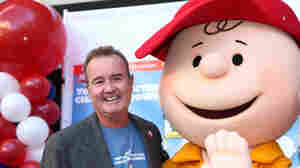 Peter Robbins, who voiced Charlie Brown in the 1960s, has died 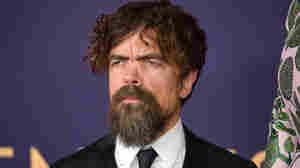 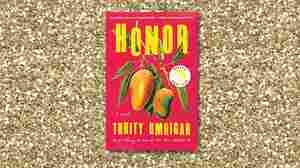 January 26, 2022 • Thrity Umrigar's novel is about India's humanitarian crisis — with its depictions of misogyny and scenes of public shaming, mistreatment and torture — but it's also about a transformative journey. 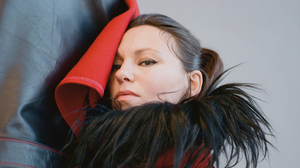 January 26, 2022 • Tagaq, a recipient of the national Polaris Music Prize, discusses the subjugation of Canada's Indigenous people and her hopes for healing through acknowledging that difficult history.