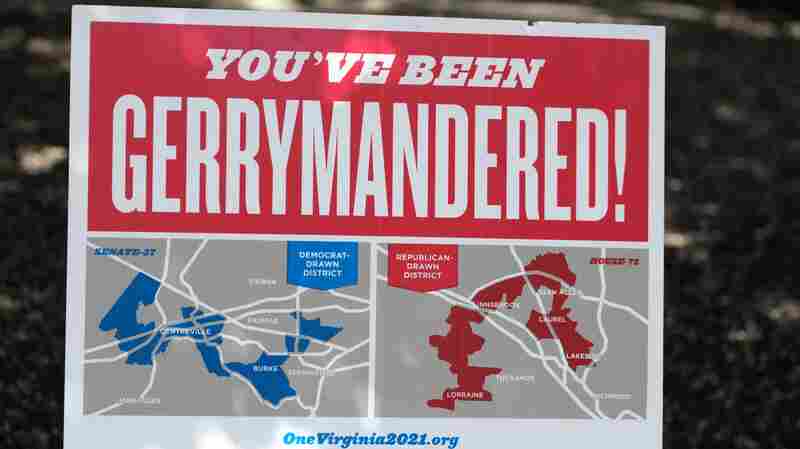 Redistricting reform advocates in Virginia pitched the creation of a new commission as a remedy to unfair political maps, like the ones shown on this poster from 2019, but the new group has struggled to reach consensus. Yasmine Jumaa/VPM hide caption

So far, flushing the 'toilet bowl' district is the cleanest part of Va. redistricting

October 19, 2021 • Virginia is in the midst of legislative elections, a race for governor and the redistricting process. All of the political excitement is taking a toll on state redistricting, which is at an impasse.

So far, flushing the 'toilet bowl' district is the cleanest part of Va. redistricting 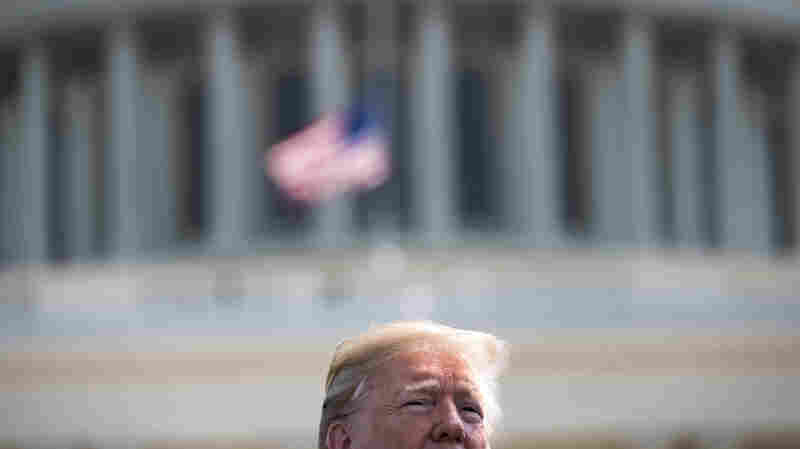 Then-President Donald Trump appears in front of the U.S. Capitol in 2018. Some of his most loyal supporters want him to return to power in Washington as speaker of the House if the Republican Party wins back control next year. Kevin Dietsch-Pool/Getty Images hide caption

October 16, 2021 • Some of the former president's boosters are pushing for him to lead the House if Republicans win it back in 2022. Even if he's not really interested, just the notion may be an issue in the midterms. 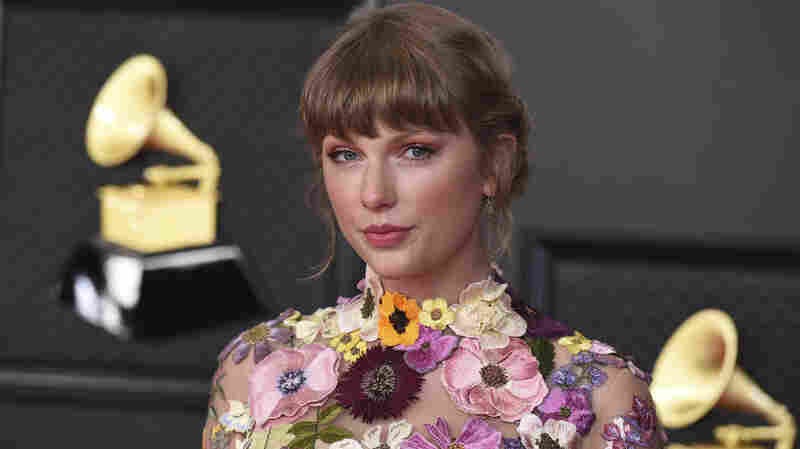 Taylor Swift poses in the press room at the Grammy Awards at the Los Angeles Convention Center on March 14. Jordan Strauss/Invision/AP hide caption

October 5, 2021 • Terry McAuliffe, who is running for governor in Virginia, is slamming his GOP rival, Glenn Youngkin, for his former company's role in a controversy involving Taylor Swift's back catalog. 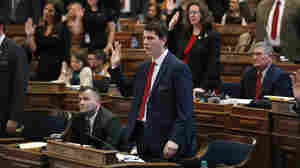 October 5, 2021 • The initiative helps connect users with information, tools and connections if they want to launch their own campaigns. Republicans and Democrats are partnering with Snapchat's parent company. 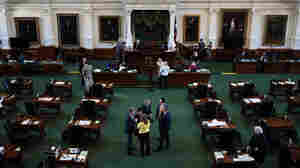 Texas state senators are gathered in the Senate chamber on the first day of the 87th Legislature's third special session at the State Capitol on September 20, 2021 in Austin, Texas. Tamir Kalifa/Getty Images hide caption

Redistricting: What Happens When The Party With Power Gives Themselves More

September 30, 2021 • Like lawmakers across the country, the Republican majority in Texas is getting ready to redraw the lines that define state and congressional voting districts. Those lines cement the shape of political power in the state for the next decade — and it's perfectly legal for the party in power to draw them to its own advantage.

Redistricting: What Happens When The Party With Power Gives Themselves More 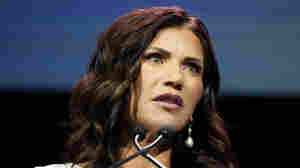 South Dakota Gov. Kristi Noem speaks during the Family Leadership Summit on July 16 in Des Moines, Iowa. Questions are floating around whether Noem had anything to do with the forced retirement of a state official after Noem's daughter was denied a real estate appraiser's license. Charlie Neibergall/AP hide caption

Questions Arise About Gov. Noem And The Early Retirement Of A South Dakota Official

September 29, 2021 • After South Dakota Republican Gov. Kristi Noem's daughter was denied a real estate appraiser's license in the state, an official overseeing that program says she was forced into early retirement. 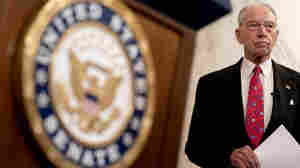 Sen. Chuck Grassley, The Oldest Republican In The Senate, Will Run For Reelection

September 24, 2021 • The Iowa Republican says that he will run for an eighth term, shooing away calls for his retirement. Grassley made the announcement early Friday, a week after his 88th birthday. 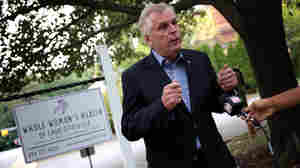 Far From Texas, The Virginia Governor's Race Will Test How Abortion Motivates Voters

September 21, 2021 • Former Democratic Gov. Terry McAuliffe is emphasizing the issue heavily as he faces a tight race against Republican businessman Glenn Youngkin. It's the biggest campaign in the country this fall.

Far From Texas, The Virginia Governor's Race Will Test How Abortion Motivates Voters 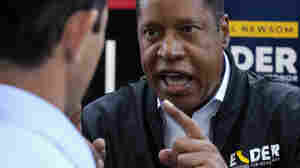 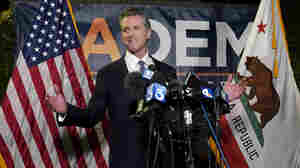 Gov. Newsom Keeps His Seat As A Majority Of California Voters Reject The Recall

September 14, 2021 • According to the AP, voters have decided not to recall California Democratic Gov. Gavin Newsom. He will remain the leader of the country's most populous state until at least 2023.

Gov. Newsom Keeps His Seat As A Majority Of California Voters Reject The Recall 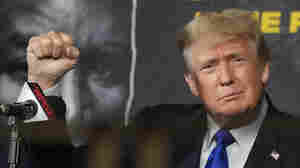 September 13, 2021 • California Democratic Gov. Gavin Newsom is favored to beat a recall attempt and keep his office. Still, some Republicans are already setting the stage to blame a loss on voter fraud. 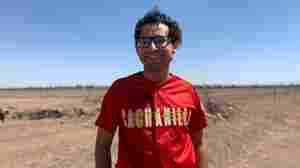 In 2020, Raúl Ureña won a seat on the Calexico, Calif., City Council with a progressive grassroots campaign. But political shifts along the state's southern border offer some warning signs for Democrats that could spell trouble for Gov. Gavin Newsom in next week's recall election. Guy Marzorati/KQED hide caption

Newsom Needs Latinos To Turn Out For The Recall, But He May Not Have Their Attention

September 10, 2021 • To survive the recall election, Gov. Gavin Newsom must have the support of California's Latino voters. But in Imperial County, many of those voters stayed home or shifted toward Donald Trump in 2020. 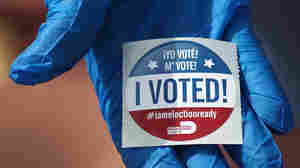 A voter holds an "I Voted!" sticker after casting her ballot during the Florida presidential primary last March. Joe Raedle/Getty Images hide caption

Election Workers Are Under Attack. A Group Of Lawyers Plans To Defend Them

September 8, 2021 • A bipartisan group is hoping to support voting workers who have faced unprecedented scrutiny and pressure for more than a year now. 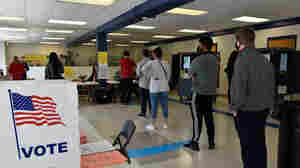 Georgia voters at an Atlanta polling place during the January runoff elections for two U.S. Senate seats. Election officials in the state say new laws and disinformation have made their jobs difficult. Virginie Kippelen/AFP via Getty Images hide caption 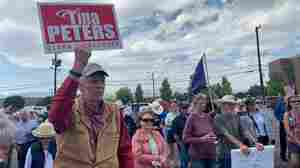 Supporters of Mesa County clerk Tina Peters appear at a rally for her last month in Grand Junction, Colo. Peters is under investigation over the unauthorized release of sensitive information about voting equipment. Stina Sieg/CPR News hide caption

Voting Data From A Colorado County Was Leaked Online. Now The Clerk Is In Hiding

September 3, 2021 • A county clerk in Colorado is under investigation after sensitive information about the county's voting machines appeared on conspiracy websites.

Voting Data From A Colorado County Was Leaked Online. Now The Clerk Is In Hiding 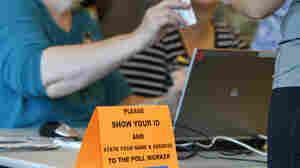 A Utah poll worker checks a voter ID during the 2016 presidential election. Eleven states have strict voter ID laws, while 24 have less stringent laws for an ID to vote. Democrats have begun to lower their resistance to the issue. George Frey/Getty Images hide caption

Democrats Are Now Open To New Voter ID Rules. It Probably Won't Win Over The GOP

Democrats Are Now Open To New Voter ID Rules. It Probably Won't Win Over The GOP 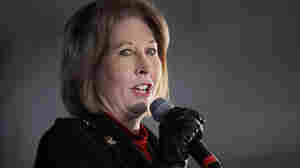 Nine lawyers, including Sidney Powell, pictured in December, allied with former President Donald Trump face financial penalties and other sanctions after a judge said they had abused the court system to undermine the 2020 election. Ben Margot/AP hide caption

August 25, 2021 • A federal judge ruled that the nine attorneys had perpetrated a "profound abuse" of the legal system with their Michigan lawsuit. 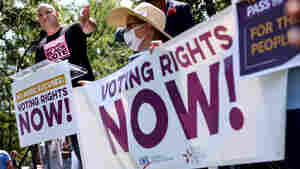 Civil rights leader Ben Jealous speaks at a voting rights rally outside the White House on Tuesday, ahead of a House vote to advance a bill named for the late Rep. John Lewis. Kevin Dietsch/Getty Images hide caption

August 24, 2021 • Democrats voted to approve legislation named after the late civil rights icon Rep. John Lewis. It's aimed at protecting the right to vote, but the bill faces steep Republican opposition in the Senate. 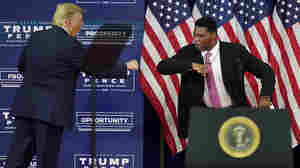 August 24, 2021 • The former University of Georgia football standout is well known in his native state, but some national Republicans have been wary of Walker's candidacy.

August 23, 2021 • The judge approved a preliminary injunction sought by a group that said the law infringes on free speech. But another law that forbids any photos at a polling place during voting is still in effect. 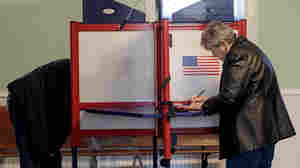 New Laws Have Basically Ended Voter Registration Drives In Some Parts Of The U.S.

August 23, 2021 • In Kansas, voter registration groups are suing to stop a new elections law. Some organizations have stopped doing voter drives for fear of charges being filed against their volunteers.

New Laws Have Basically Ended Voter Registration Drives In Some Parts Of The U.S.