Accessibility links
Digital Tears: Breakups And Social Networks Separations are hard enough. But then there's the question of what to do when it comes to the social networking ties you share with your former significant other. To break or not to break? It's a question many people are grappling with as they examine their digital personas.

Heard on All Things Considered 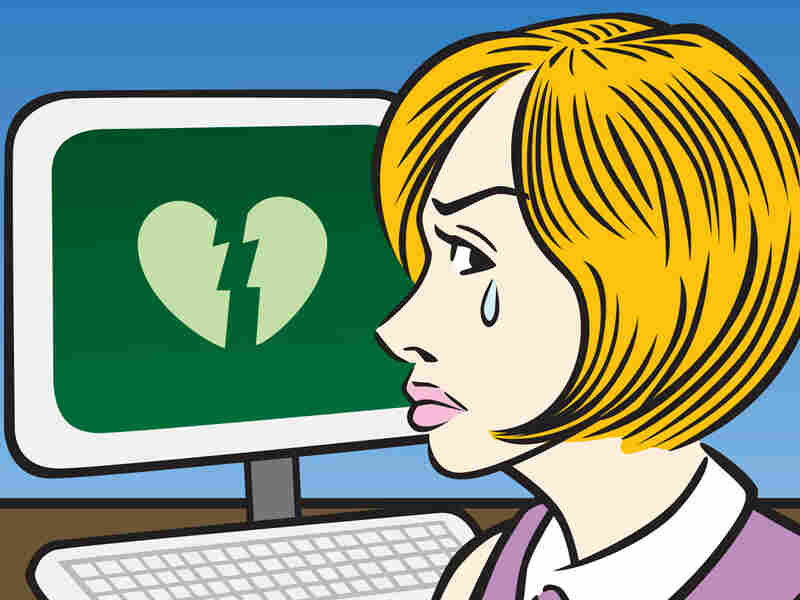 It can be hard to stop looking at your ex's Facebook page after a breakup. iStockphoto.com hide caption 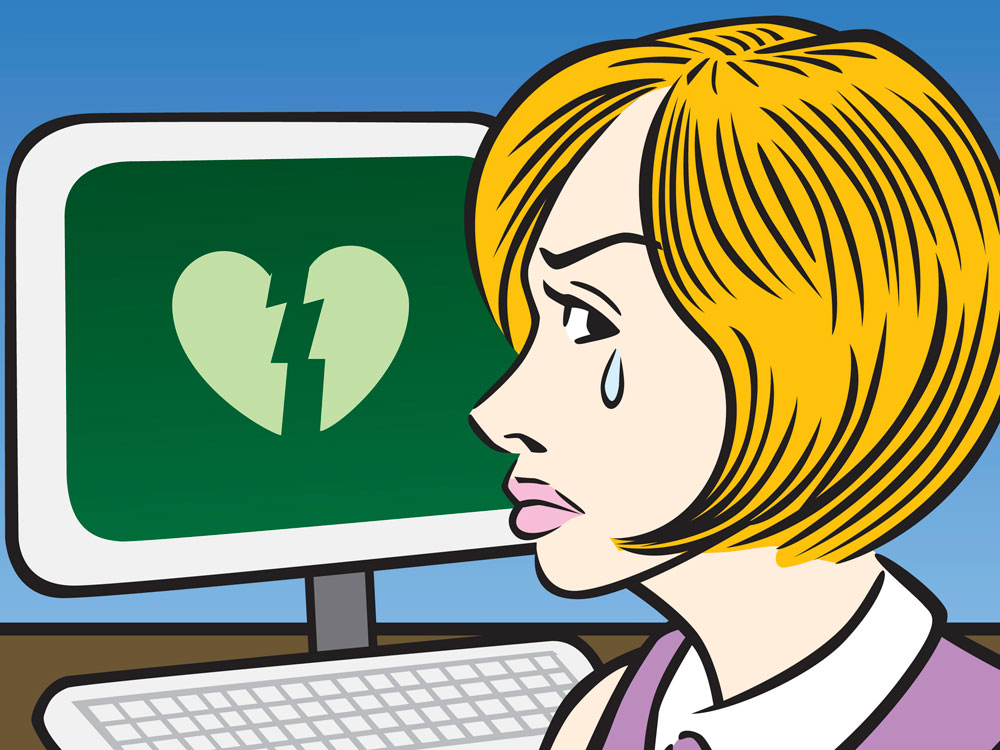 It can be hard to stop looking at your ex's Facebook page after a breakup.

Gigi Quintana is a veteran of breaking hearts in the age of social networking. She recently parted ways with a girlfriend after dating for several months, and admits that putting an end to their online connection was just as difficult as the breakup itself.

Her Facebook status said "in a relationship," so she deleted it. But she didn't stop there.

In The Age Of Social Media, Can You Escape Your Ex?
I Heart Breakup Songs
Digitally Dumped: She's Just Not That N2 U Feb. 13, 2009

"I blocked her sister, I blocked everyone that knew her," Quintana says while on a smoke break from her coffee-shop job at Tryst in Washington, D.C. "And she is still friends with my friends, so I had to go to the extent of blocking her."

The cafe where Quintana works is full of people surfing the Web, and quite a few had an opinion about what it's like to break up when you're virtually tied to your ex by Twitter, Tumblr, LinkedIn, Delicious, MySpace, Flickr, Foursquare and Facebook.

Paul Monday, a blogger and avid social networker, says that if you stay socially networked to an ex, it's "basically like stabbing yourself in the heart again every four hours or something."

Monday has an ex-wife, an ex-fiancee and a 9-year-old son — and they're all on Facebook. But they're not all Facebook friends.

"It is sort of like getting hit with a bat to have an ex-fiancee and an ex-wife [and] myself all in this forum centered around my son," Monday says. "[It] was just, I think, too overwhelming for me."

Lee Rainie, the director of Pew's Internet and American Life Project, studies the way the Internet affects how people live and relate to one another.

"The absolutely tricky part about this is that it's very hard to unspool these relationships once they have begun without absolutely destroying the digital person that you have become," Rainie says.

Martin says her daughter told her: "'You know George Orwell's 1984 has come about, but it's not them doing it to us, it's us doing it to ourselves. We're watching ourselves every minute and posting everything out there.' Change your password, folks, and don't go snooping around the Internet on purpose."

The 21-year-old college student recently broke up with her guy and decided to quit Facebook and Twitter altogether to speed up the healing process.

"I mean, I can't imagine life without it, but I've been off it for almost a week, and I'm doing fine," Vangsness says.

Long gone are the days when you could throw the ex's toothbrush in the trash and burn the shoebox of photo evidence of your once-happy coupledom.