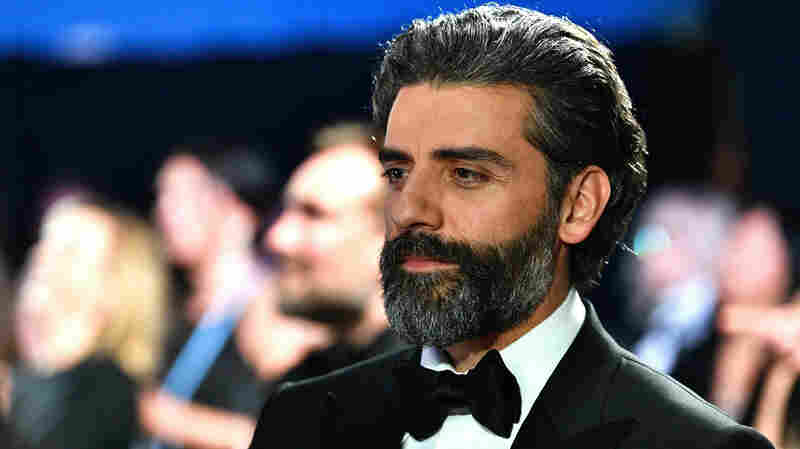 Oscar Isaac, shown here at the 2020 Academy Awards, credits his father with introducing him to acting: "I started making movies with his camcorder." Richard Harbaugh/A.M.P.A.S. via Getty Images hide caption

For Oscar Isaac, life — and acting — is all about impermanence

October 21, 2021 • Isaac says the bonds he makes on set are both meaningful and transient: "You have these really intense months ... and then it goes away." He stars in Dune, The Card Counter and Scenes from a Marriage.

For Oscar Isaac, life — and acting — is all about impermanence 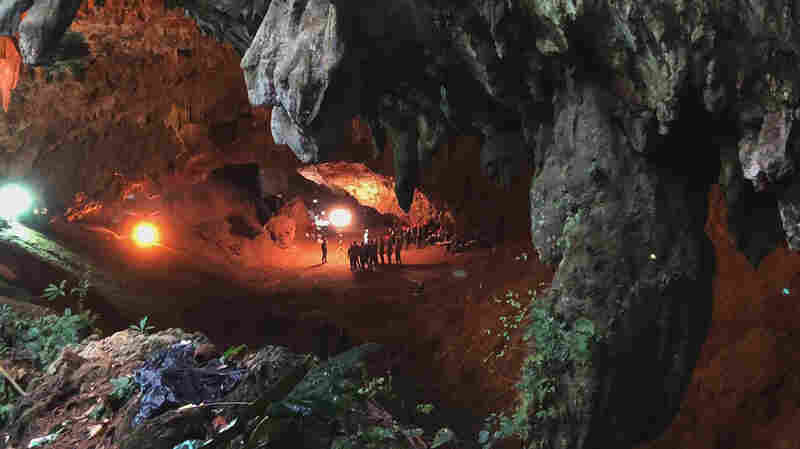 The Rescue chronicles the 2018 rescue of 12 boys and their soccer coach who were trapped deep inside a flooded cave in Northern Thailand. National Geographic hide caption

October 11, 2021 • The Rescue follows the 18-day effort to rescue 12 boys and their coach from an underwater cave. Filmmakers Chai Vasarhelyi and Jimmy Chin recount the harrowing mission with diver Rick Stanton. 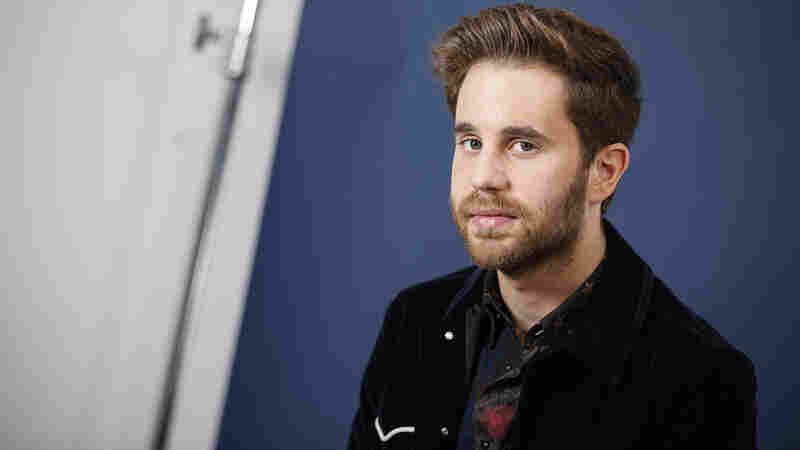 Ben Platt won a Tony award in 2017 for his starring role in Dear Evan Hansen. Now he's starring in a new film adaptation of the musical. Brian Ach/Invision/AP hide caption

September 27, 2021 • Platt frequently worries about the past and what's to come, but there's one place where his anxiety tends to subside. "Being on stage, for me, is kind of the antidote to that," he says. 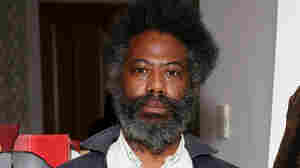 August 31, 2021 • The sound artist and composer took a deeply unique, and wonderfully successful, approach to the composing of his score for the new Jordan Peele-written horror reboot. 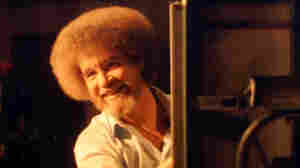 Bob Ross hosted The Joy of Painting for 31 seasons in the 1980s and '90s. He died in 1995. The painter is now the subject of a new documentary, Bob Ross: Happy Accidents, Betrayal & Greed. Netflix hide caption

August 25, 2021 • Actor Melissa McCarthy and her husband, filmmaker Ben Falcone, are big fans of Ross. But they found it was difficult to land interviews about the celebrity painter — people were scared of being sued. 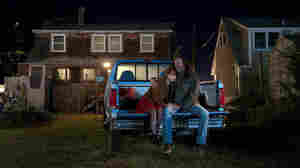 How Troy Kotsur of 'CODA' broke barriers as a deaf actor, on stage and on screen

August 8, 2021 • The new film CODA tells the story of a hearing daughter living with her deaf family. It represents a breakthrough for deaf representation on screen and it stars acclaimed actor Troy Kotsur.

How Troy Kotsur of 'CODA' broke barriers as a deaf actor, on stage and on screen 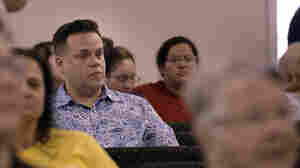 August 2, 2021 • Netflix's documentary Pray Away talks to former leaders of Exodus International, one of the biggest organizations that pushed for so-called conversion therapy for LGBTQ+ people. 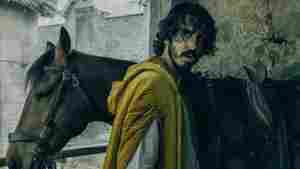 At the beginning of the new movie The Green Knight, Dev Patel's Gawain is the young headstrong nephew of King Arthur. He isn't a knight yet and has a lot to prove. A24 hide caption

July 30, 2021 • NPR's Ailsa Chang speaks with Dev Patel, who plays aspiring knight Gaiwan in the new movie, The Green Knight, based on one of the most famous Arthurian legends. 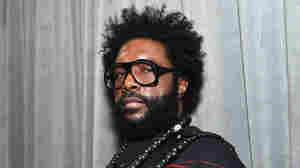 Questlove, here at the Grammys in January 2020, says the pandemic has changed him. Emma McIntyre/Getty Images for the Recording Academy hide caption

For Questlove, The Pandemic Meant Embracing Quiet — And Buying A Farm

July 21, 2021 • The Tonight Show music director has been branching out: In addition to buying a farm, he's making his directorial debut with Summer of Soul, a documentary about a 1969 concert series in Harlem.

For Questlove, The Pandemic Meant Embracing Quiet — And Buying A Farm 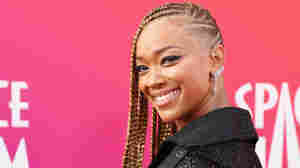 July 20, 2021 • Actress Sonequa Martin-Green has made a career of otherworldly roles. She survived a zombie apocalypse in The Walking Dead, she explores space — the final frontier — in Star Trek: Discovery, and she's the wife of NBA star LeBron James in Space Jam: A New Legacy. She talks to guest host Ayesha Rascoe about her career, her hair and identity, and why she felt called to speak up about her internalized racism after the murder of George Floyd. 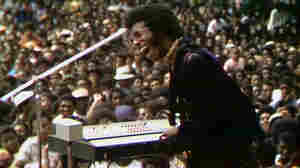 Sly Stone performs at the Harlem Cultural Festival in 1969, in a still from the film Summer of Soul. Courtesy of Searchlight Pictures hide caption

July 1, 2021 • Summer of Soul is a new documentary telling the story of a series of six concerts that took place in Harlem in 1969 — and is also Amir "Questlove" Thompson's first gig as a film director. 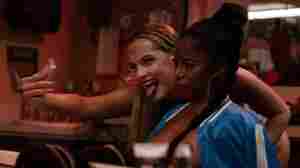 The new movie Zola is based on a viral Twitter thread. Taylour Paige (right) stars as Zola, and Riley Keough (left) plays Stefani, the exotic dancer who invites her on an ill-fated road trip to Florida. Courtesy A24 hide caption

How Hollywood Translated The Epic Poetry Of The Viral 'Zola' Thread

How Hollywood Translated The Epic Poetry Of The Viral 'Zola' Thread 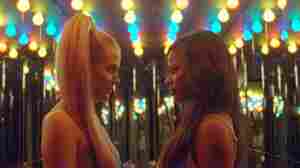 Riley Keough On 'Zola' And Finding Empathy For Anti-Heroes

June 29, 2021 • Sam interviews Riley Keough, one of the stars of Zola— a new movie adapted from a viral 148-tweet thread story full of sex work, guns and plot twists. They talk about how Riley prepared her character's "blaccent," why she tends to play unlikeable characters, and how she became a death doula.

Riley Keough On 'Zola' And Finding Empathy For Anti-Heroes 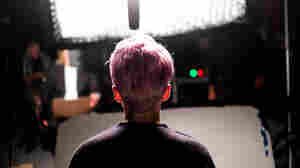 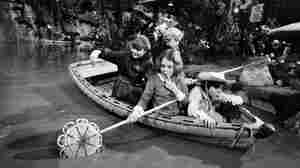 50 Years Ago, A Group Of Child Actors Helped To Make Movie History

June 28, 2021 • "Willy Wonka and the Chocolate Factory" was released in theaters on June 30, 1971. To celebrate the film's 50th anniversary, NPR's Rachel Martin speaks with some of the actors who were in the film.

50 Years Ago, A Group Of Child Actors Helped To Make Movie History 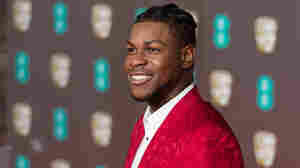 June 15, 2021 • Sam sits in the Fresh Air host chair to talk to actor John Boyega. Since finishing his star-making role in the Star Wars franchise in 2019 and after the protests that followed the murder of George Floyd last year, Boyega has been outspoken about his treatment as a Black actor in Hollywood, and in the Star Wars franchise itself. He talked to Sam about why he was ready to talk about the "elephant in the room" that is racism in Hollywood and what he's doing to change things. 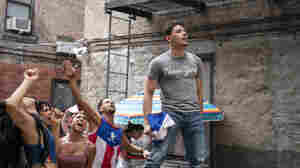 Usnavi (Anthony Ramos) runs a corner bodega and dreams of returning to the Dominican Republic in In the Heights. Courtesy of Warner Bros. Pictures hide caption

June 14, 2021 • Ramos says Lin-Manuel Miranda's Broadway musical In the Heights filled him with hope. Now he's starring — and singing and dancing and rapping — in the film adaptation. 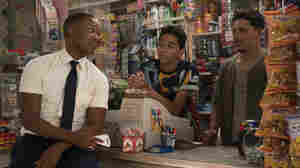 June 11, 2021 • NPR's Ailsa Chang talks with Lin-Manuel Miranda and screenwriter Quiara Alegría Hudes about their new film In the Heights, based off the Tony-award winning musical Miranda created and starred in. 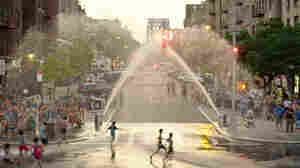 Lin-Manuel Miranda's Tony Award-winning musical In the Heights has been adapted for the big screen, directed by Jon M. Chu. Filming on the street, they'd stop for passing emergency vehicles and their time was limited by the natural light. Warner Bros. Pictures/2021 Warner Bros. Entertainment Inc. hide caption

'In The Heights' Dances From The Stage, To The Streets, To The Screen

June 10, 2021 • Lin-Manuel Miranda's Tony-winning musical is an ode to the neighborhood near where he grew up. Now a movie musical, the film's director, cinematographer and choreographer discuss the new adaptation.

'In The Heights' Dances From The Stage, To The Streets, To The Screen 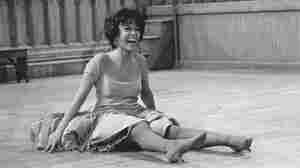 Rita Moreno won an Academy Award for best supporting actress for her portrayal of Anita in the 1961 film West Side Story. Courtesy of MGM Media Licensing hide caption

June 7, 2021 • Moreno moved to New York from Puerto Rico as a child. She says her West Side Story role is "the only part I ever remember where I represented Hispanics in a dignified and positive way." 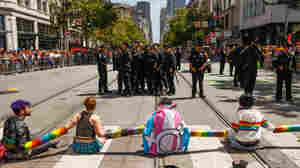 Kink, Cops And Corporations At Pride? Plus, Natalie Morales On 'Plan B'

June 4, 2021 • When Pride comes around every June, the same arguments start up again— should there be kink, cops and corporations at Pride? And who is Pride for? Sam talks to writer and author Roxane Gay about why the queer community has the same conversations year after year and what they mean for what Pride is today. Plus, actress and filmmaker Natalie Morales on directing the new teen buddy comedy, "Plan B."

Kink, Cops And Corporations At Pride? Plus, Natalie Morales On 'Plan B' 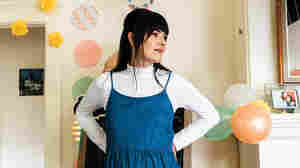 Patti Harrison stars in Together Together as Anna, a young single woman who agrees to be a gestational surrogate for a single man in his 40s. Tiffany Roohani/Bleecker Street hide caption

Patti Harrison Takes The Lead In 'Together Together'

May 31, 2021 • Patti Harrison is known for bringing her absurd, caustic, yet charming comedy to supporting roles on shows like Search Party, Broad City and Shrill. But now she's in a starring role in the romantic comedy Together Together. In it, Harrison plays a young single woman who agrees to be a gestational surrogate for a single man in his 40s, played by Ed Helms. It's Been A Minute host Sam Sanders talks to Patti about what it was like to play a role different from everything she's done before, why Together Together is even billed as a rom-com, and the quandary of representation as a trans woman.

Patti Harrison Takes The Lead In 'Together Together' 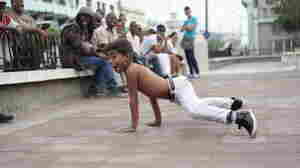 A young boy from the dance group Sangre Nueva shows off his moves in La Maya, Santiago de Cuba. Eli Jacobs-Fantauzzi/Courtesy of the Artist hide caption

May 30, 2021 • The documentary film Bakosó: Afrobeats of Cuba captures the development of a new music style in Santiago de Cuba. 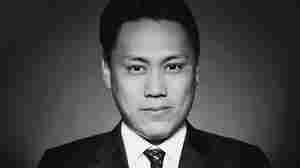 Jon M. Chu: Why Does Representation On Screen Matter?

May 14, 2021 • With his film Crazy Rich Asians, director Jon M. Chu made his mark on Hollywood — opening doors for Asian American representation on screen. He reflects on how his heritage informs his cinematic work.

Jon M. Chu: Why Does Representation On Screen Matter? 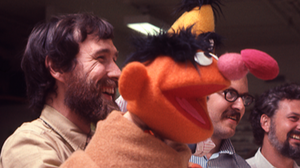 Jim Henson, the puppeteer behind Ernie, and Frank Oz, the longtime voice of Bert, on the set of Sesame Street. Robert Fuhring/Courtesy Sesame Workshop hide caption

The Story Of 'Sesame Street': From Radical Experiment To Beloved TV Mainstay

May 8, 2021 • A new documentary Street Gang: How We Got To Sesame Street recounts how the classic program reinvented children's television and continues to interpret the world with authenticity.