Accessibility links
Media News about the state of the media. Trends in broadcast and print media, television, and radio journalism. Download podcasts and RSS feeds. Washington Post politics reporter Felicia Sonmez is suing the paper and several of its current and former editors for allegedly discriminating against her as a victim of sexual assault. Pablo Martinez Monsivais/AP hide caption

July 22, 2021 • Politics reporter Felicia Sonmez sued the paper and several of its current and former editors, saying she was not allowed to report on sexual misconduct after speaking about an assault against her. 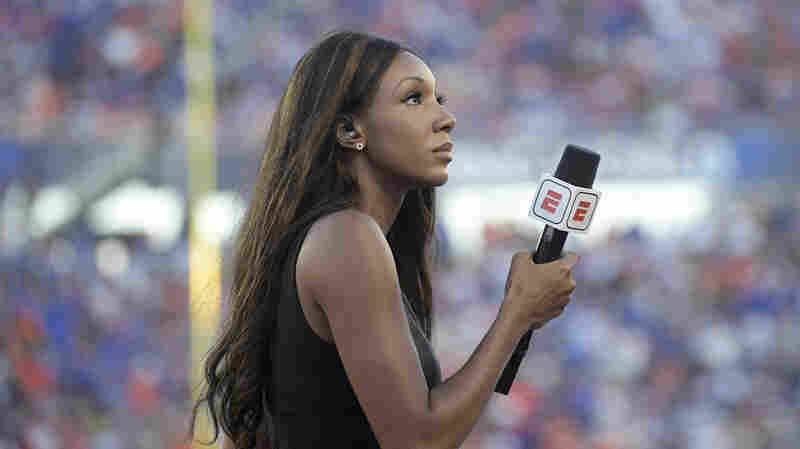 ESPN's Maria Taylor works from the sidelines during an NCAA college football game between Miami and Florida in 2019. ESPN announced Wednesday that Taylor is leaving the network. Phelan M. Ebenhack/AP hide caption

July 21, 2021 • The sports network announced Wednesday that it was unable to reach agreement on a contract extension for Taylor. Her final appearance for the network was Tuesday night's NBA Finals telecast. 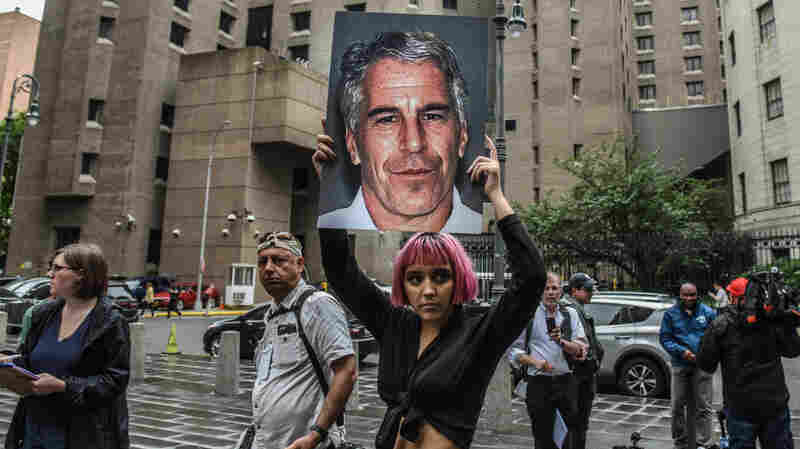 A member of the protest group Hot Mess holds up a sign of Jeffrey Epstein in front of the Metropolitan Correctional Center in New York City in July 2019. Epstein died by asphyxiation in his cell a month later. Stephanie Keith/Getty Images hide caption

Everyone Heard About Jeffrey Epstein's Enablers. Few Listened To His Victims

July 20, 2021 • After Palm Beach sex offender Jeffrey Epstein received a lenient sentence for his crimes, journalist Julie K. Brown identified 80 women who had survived his abuse. Her book is Perversion of Justice.

Everyone Heard About Jeffrey Epstein's Enablers. Few Listened To His Victims 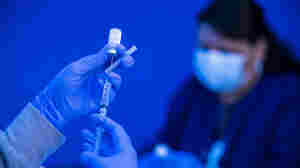 The COVID-19 vaccines are safe and effective, but misinformation keeps many people from taking the shot. Allen J. Schaben/Los Angeles Times via Getty Images hide caption

The Life Cycle Of A COVID-19 Vaccine Lie

July 20, 2021 • Where do myths about coronavirus vaccines come from and why do they spread? NPR takes a look at how rumors about vaccines and fertility reached the public earlier this year.

The Life Cycle Of A COVID-19 Vaccine Lie 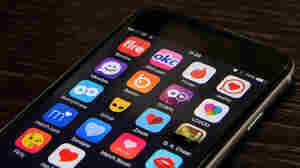 A selection of online dating app logos are seen on a mobile phone screen. Google searches for "dating" have jumped to a 5-year high. Leon Neal/Getty Images hide caption

In The U.S., Google Searches For 'Dating' Have Reached A 5-Year High 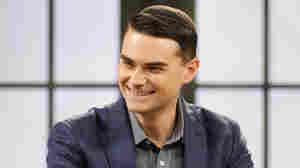 American commentator Ben Shapiro is seen on set during a taping of the Candace podcast in March in Nashville, Tenn. Jason Kempin/Getty Images hide caption

Outrage As A Business Model: How Ben Shapiro Is Using Facebook To Build An Empire

July 19, 2021 • In May, Ben Shapiro's website The Daily Wire had more Facebook engagement on its articles than The New York Times, CNN, The Washington Post and NBC News combined.

Outrage As A Business Model: How Ben Shapiro Is Using Facebook To Build An Empire 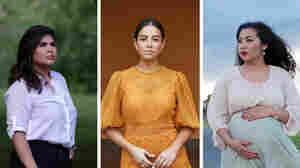 July 18, 2021 • The National Association of Hispanic Journalists and Denver officials are calling for the firing of KUSA 9News leaders after three Latina on-air reporters were dismissed over the course of a year. 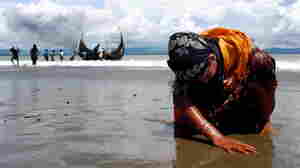 An exhausted Rohingya refugee woman touches the shore after crossing the Bangladesh-Myanmar border by boat through the Bay of Bengal, in Shah Porir Dwip, Bangladesh, on Sept. 11, 2017. Danish Siddiqui/Reuters hide caption

July 16, 2021 • The 38-year-old journalist, who worked for the Reuters news agency, died in southern Afghanistan during a clash between Taliban militiamen and Afghan troops with whom he was embedded. 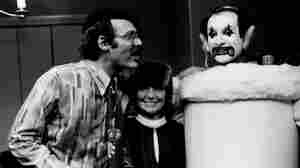 Even in the more earnest pieces, you can hear a sense of humor and a spirit of playfulness. Art Silverman hide caption

The Best Of Experimental Radio: Favorite Pieces From The NPR Archive

July 15, 2021 • From the beginning, NPR pursued the goal of developing the art and potential of radio through experimentation. 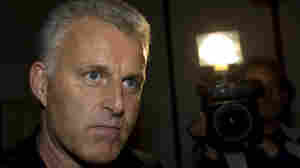 Dutch crime reporter Peter R. de Vries, seen in a 2008 photo, who was shot after a TV appearance, has died, it was reported on Thursday. Peter Dejong/AP hide caption

July 15, 2021 • Peter R. de Vries, who fearlessly reported on the violent underworld of the Netherlands and campaigned to breathe new life into cold cases, has died at age 64 after being shot in a brazen attack. 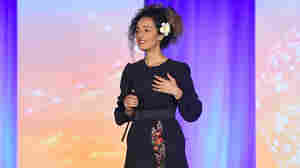 July 15, 2021 • Masih Alinejad, an Iranian American journalist, says she is the target of an alleged kidnapping plot recently described in a federal indictment: "It's just obvious that they were going to execute me." 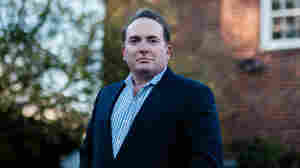 U.S. Agency for Global Media General Counsel David Kligerman stands for a portrait in Washington, D.C, on Jan. 25. He was one of the six executives who faced retaliation under the agency's former CEO, Michael Pack. Michael A. McCoy for NPR hide caption In an interview with NPR, Barry Diller, chairman of IAC, called the movie business dead. Here, he walks to a session of the Allen & Company Sun Valley Conference in Idaho on Wednesday. Kevin Dietsch/Getty Images hide caption

July 8, 2021 • In an exclusive interview with NPR, the IAC chairman laments the state of the movie industry, saying the rise in streaming has upended both the business model and the quality of films being made. 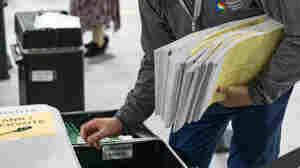 July 2, 2021 • A small news site founded days after the 2020 election has become a go-to source for Republicans eager to claim that former President Donald Trump actually won the state of Georgia last fall. 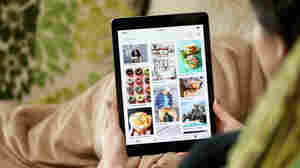 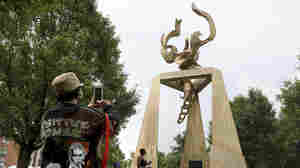 Okema Lewis takes a photo of the newly unveiled The Light of Truth Ida B. Wells National Monument in Chicago's Bronzeville neighborhood, in honor of the journalist and civil rights activist, on Wednesday. Antonio Perez/Chicago Tribune via AP hide caption

A Monument To Journalist, Civil Rights Activist Ida B. Wells Is Unveiled In Chicago

July 1, 2021 • The Light of Truth Ida B. Wells National Monument is unveiled a year after Wells was awarded a posthumous Pulitzer Prize for her reporting on the lynching of African Americans. 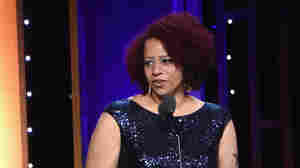 June 30, 2021 • The University of North Carolina at Chapel Hill's trustees' earlier refusal to take up her case inspired a bruising national debate over race, journalism and academic freedom. Tucker Carlson, host of Tucker Carlson Tonight, on the set of his Fox News program in 2017. Richard Drew/AP hide caption

Tucker Carlson Says The NSA Wants Him Off The Air. Fox News Isn't Following His Lead

June 30, 2021 • The Fox News star claims the National Security Agency has seen his emails and texts and plans to leak them to force him off the air. But the network hasn't backed up those claims with any reporting. 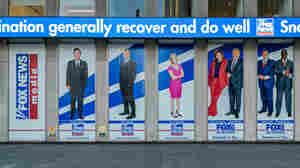 June 30, 2021 • Under a settlement with New York City, Fox News will not require staffers to enter secret arbitration in new contracts for the next four years. The process kept harassment claims from public view. 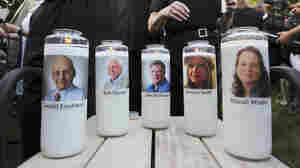 In this June 29, 2018, file photo, pictures of five employees of the Capital Gazette newspaper adorn candles during a vigil across the street from where they were slain in the newsroom in Annapolis, Md. Jose Luis Magana/AP hide caption

The 'Capital Gazette' Gunman's Trial Began Today. Here's What You Need To Know

June 29, 2021 • Five people died in the attack on the Capital Gazette on June 28, 2018. The mass shooting was the deadliest attack on a newsroom in modern U.S. history.

The 'Capital Gazette' Gunman's Trial Began Today. Here's What You Need To Know 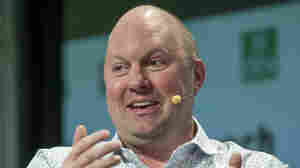 Stung By Media Coverage, Silicon Valley Starts Its Own Publications

June 25, 2021 • Venture capital powerhouse Andreessen Horowitz has launched a website it calls "the future of media." The firm has backed Clubhouse and Substack, two efforts to take messages directly to the public.

Stung By Media Coverage, Silicon Valley Starts Its Own Publications 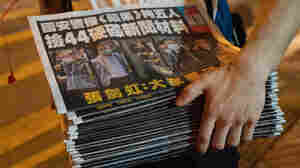 June 23, 2021 • The pro-democracy newspaper will run its last edition on Saturday — signaling the end to Hong Kong's once freewheeling and muckraking reporting environment as well. 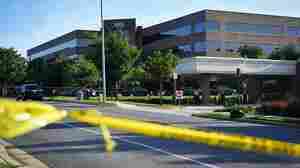 Police tape blocks access from a street leading to the building complex where the Capital Gazette is located on June 29, 2018, in Annapolis, Md. The suspect barricaded a back door in an effort to "kill as many people as he could kill," police said. Mandel Ngan/AFP via Getty Images hide caption

June 23, 2021 • The attack at the Maryland newspaper in 2018 killed five employees. The gunman has pleaded guilty and the jury is set to decide whether he was "criminally responsible for reason of insanity." 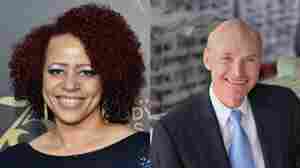 June 21, 2021 • The star New York Times reporter's bid for a tenured professorship has run aground on racial politics and an approach to journalism that runs counter to the donor whose name adorns the school. June 17, 2021 • We are thrilled (and, frankly, devastated) to announce that Code Switch host and senior producer Shereen Marisol Meraji will be leaving Code Switch in August for a couple of new opportunities.