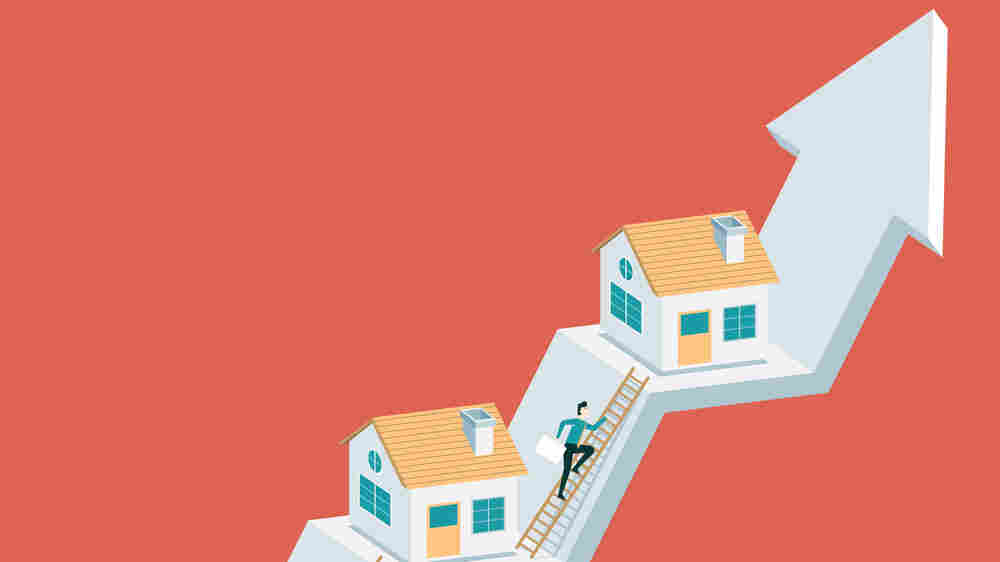 October 3, 2022 • Higher mortgage rates are putting a damper on the U.S. housing market. Home prices are down and sales of existing homes have now fallen for seven months in a row. 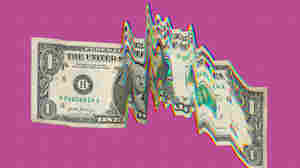 The markets are down. Here's how to handle your investments

October 3, 2022 • About 60% of Americans have some money in the stock market — and the markets are not doing great. Your knee-jerk reaction might be to sell. But experts explain why that's not a good idea.

The markets are down. Here's how to handle your investments 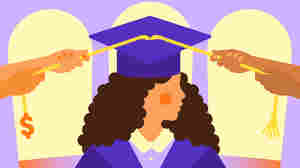 September 30, 2022 • The legal cases all face the same challenge: finding a plaintiff who will be clearly harmed by debt cancellation. 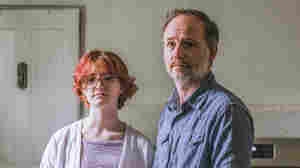 After Frankie Cook's car accident on a wet road outside Rome, Ga., her father, Russell (right), got a lawyer's letter saying they owed a hospital emergency room more than $17,000 for scans and an exam to see if she had a concussion. Audra Melton for KHN hide caption

They were turned away from urgent care. The reason? Their car insurance

September 29, 2022 • Russell Cook expected a quick, inexpensive visit to an urgent care center for his daughter after a car wreck. She wasn't badly hurt, but they were sent to an emergency room — for a much larger bill.

They were turned away from urgent care. The reason? Their car insurance 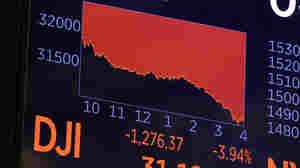 A screen on the trading floor displays the Dow Jones Industrial Average at the New York Stock Exchange in September. Stocks have kept falling since then and hit their low for the year on Friday. Andrew Kelly/Reuters hide caption

Stocks and bonds both get clobbered this time. Here's what's behind the double whammy

September 25, 2022 • Stocks are down more than 20% this year. Usually when that happens bonds hold their value. But right now both are down sharply, hurting retirees and people saving for college in 529 plans.

Stocks and bonds both get clobbered this time. Here's what's behind the double whammy 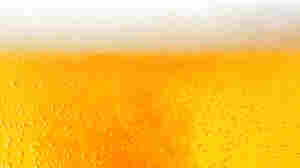 Your beer needs carbon dioxide, but the price skyrocketed over the summer

September 22, 2022 • The gas brings the bubbles to your beer. But brewers now face a carbon dioxide shortage — and the risk of production cuts and price hikes. 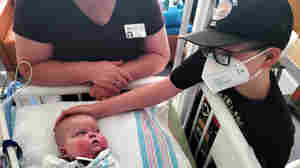 The heartbreak and cost of losing a baby in America

September 22, 2022 • Even after their babies died, hospital bills kept coming. These parents of fragile, very sick infants faced exorbitant bills — though they had insurance. "The process was just so heartless," one says.

The heartbreak and cost of losing a baby in America 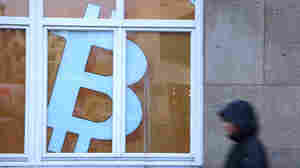 The fake market in crypto

September 19, 2022 • According to a Forbes report, half of all Bitcoin trades are fake. Today, we unveil crypto's cryptic facade by diving deep into a classic concept: Wash trading.

The fake market in crypto 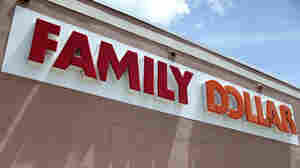 Family Dollar says it is recalling six Colgate products sold at stores across 11 different states because of the products being stored outside of recommended temperature requirements. Here, a Family Dollar store is seen on July 28, 2014 in Hollywood, Fla. Joe Raedle/Getty Images hide caption

September 19, 2022 • Family Dollar says it is not aware of any complaints from customers nor any reports of illnesses related to the recall. September 15, 2022 • U.S. Education Secretary Miguel Cardona sat down with NPR in Pittsburgh to talk loan relief and what borrowers should expect in the coming weeks. 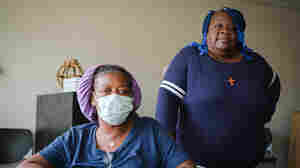 Margaret Davis (left) and Delisa Williams (right) became acquainted when they moved into the Salvation Army Center of Hope shelter, just outside Charlotte, N.C. Both women receive federal benefits, but the monthly amounts aren't high enough for them to be able to rent an apartment. Logan Cyrus for KHN hide caption

September 15, 2022 • Supplemental Security Income, a federal program meant to be a financial floor for people unable to work, hasn't kept pace with inflation. Many recipients are homeless, unable to save for an apartment. 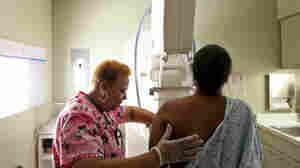 Screening mammograms, like this one in Chicago in 2012, are among a number of preventive health services the Affordable Care Act has required health plans to cover at no charge to patients. But that could change, if the Sept. 7 ruling by a federal district judge in Texas is upheld on appeal. Heather Charles/Chicago Tribune/Tribune News Service via Getty Images hide caption

September 14, 2022 • The ACA has required health insurers to provide many medical screenings and other preventive services with no out-of-pocket cost to health plan members. But a recent court decision could upend that. 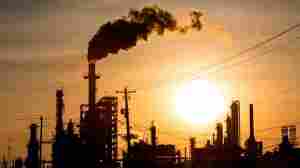 How ESG investing got tangled up in America's culture wars 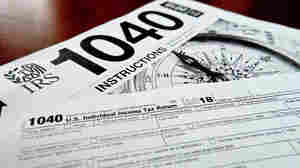 The IRS is refunding penalties it charged taxpayers for filing their 2019 and 2020 tax returns late as a form of COVID-19 relief. Keith Srakocic/AP hide caption

September 10, 2022 • The IRS is refunding penalties it charged taxpayers for filing their 2019 and 2020 tax returns late, as a form of COVID-19 relief. The refunds don't apply to penalties for failing to pay your taxes. 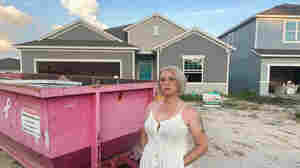 Adjustable rate mortgages can be cheaper but risky. Here's what you need to know

September 10, 2022 • With mortgage rates up sharply, many more homebuyers are turning to adjustable rate loans. These can be more affordable, at least at first. But they come with a big risk. Is it worth it?

Adjustable rate mortgages can be cheaper but risky. Here's what you need to know 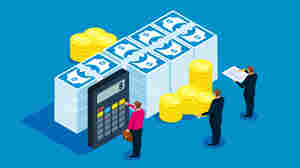 September 9, 2022 • Seven states have tax policies on the books that could require them to treat student loans canceled by the federal government as taxable income. 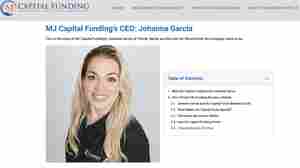 MJ Capital Funding's website said that its founder, Johanna Garcia, was "often referred to as 'Mother Teresa' in her community." But federal authorities say Garcia was actually running a Ponzi scheme. The site was shut down by court order; an archived version is seen here. Internet Archive / Screenshot by NPR hide caption 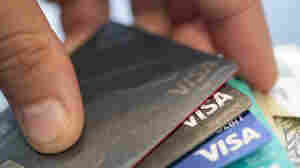 The complaint filed by the Federal Trade Commission alleged that Credit Karma falsely told users they were preapproved for credit cards and other offers, harming their credit scores and wasting their time. Jenny Kane/AP hide caption

September 6, 2022 • The FTC order came after nearly a third of Credit Karma users who were told they qualified for preapproved credit card offers were actually turned down, wasting their time and hurting credit scores. 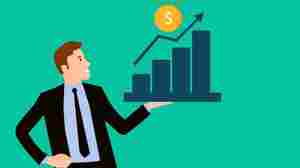 An economist studied popular finance tips. Some might be leading you astray

September 6, 2022 • A Yale professor of finance read through 50 popular finance books to see how they square with traditional economic theory. 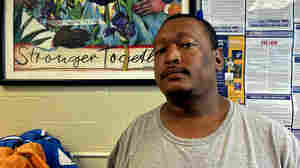 David Williams is a stocker at a Dollar General store in New Orleans. He's pushing for better work conditions and pay at his store with help from Step Up Louisiana. Stephan Bisaha/Gulf States Newsroom hide caption

Dollar store workers in the South have a labor movement. Just don't call it a union

September 3, 2022 • Unions aren't popular in the South. That's one reason why a labor organizing campaign at Dolllar General stores in Louisiana doesn't use the u-word.

Dollar store workers in the South have a labor movement. Just don't call it a union 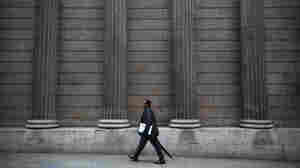 August 31, 2022 • Ever thought of spicing up your 401k with crypto? Well, we leave it up for the Prudent Man to decide. On today's episode, learn about how wonky pension regulations from the '70s opened a new era of riskier investments. 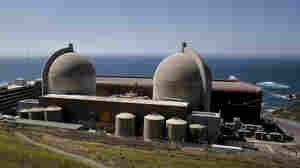 Why even environmentalists are supporting nuclear power today 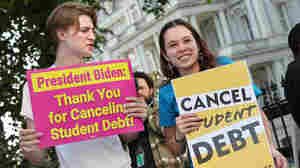 Student loan borrowers stage a rally in front of The White House on Aug. 25 to celebrate President Biden cancelling student debt. The plan has sparked heated debate, including about its economic fairness. Paul Morigi/Getty Images for We the 45m hide caption

toggle caption
Paul Morigi/Getty Images for We the 45m

Is it fair to forgive student loans? Examining 3 of the arguments of a heated debate

August 28, 2022 • President Biden's plan to forgive hundreds of billions of dollars in student debt will help millions – but it's also raising concerns about inflation, economic fairness and college tuition costs.

Is it fair to forgive student loans? Examining 3 of the arguments of a heated debate