August 31, 2019 • President Trump's failed bid to buy Greenland has drawn an unusual degree of attention to the island. Greenlanders now are wondering how best to use this moment.

August 31, 2019 • NPR's Michel Martin speaks with Rick Lohr, general manager of the Abaco Beach Resort in The Bahamas, about how he is bracing for Hurricane Dorian. 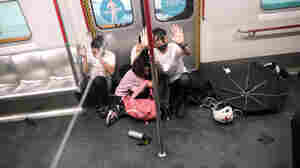 In Defiance Of Ban, Hong Kong Protesters Return To Streets And Clash With Police

August 31, 2019 • Protesters clashed with police throughout the night in one of the most dramatic and violent days of unrest since protests began.

August 31, 2019 • Exports of U.S. dairy products to China have dropped more than 50% because of the trade war. The U.S. is losing out at a time when Chinese consumers are eating more cheese and drinking more milk.

At Least 11 Journalists Killed This Year In Mexico

August 31, 2019 • This year is on track to be the deadliest one yet for journalists in Mexico. NPR's Scott Simon talks to Mexican journalist Javier Garza about why conditions there are worsening for the press.

At Least 11 Journalists Killed This Year In Mexico

August 31, 2019 • This is the 13th straight week of protests against Hong Kong's Beijing-controlled government. 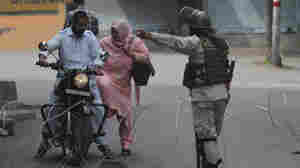 An Indian paramilitary soldier asks a Kashmiri couple on motorcycle to leave at a temporary checkpoint during restrictions in Srinagar, Indian-controlled Kashmir, on Friday. Mukhtar Khan/AP hide caption

August 31, 2019 • The government says its priorities are "restoration of normalcy and deepening of democracy" in Indian-controlled Kashmir. But people who have left the region this month paint a different picture. 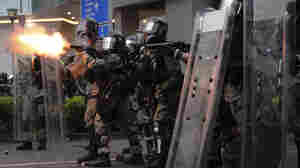 August 30, 2019 • One of the main results of the Hong Kong government's strategy has been to put a huge burden on the city's police force, diverting the public's anger at the government onto the constabulary.

August 30, 2019 • South Korea's pull-out from an intelligence-sharing pact with Japan has the U.S. alarmed that its alliances in Asia are crumbling. But the alliances are seen very differently by each country. 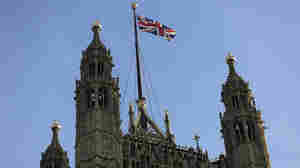 Brexit Watch: Why The Move To Suspend U.K. Parliament Matters

August 30, 2019 • A legislative recess may sound ho-hum, but the news was a shock. Here's a quick look at what happened, why it matters and what comes next. 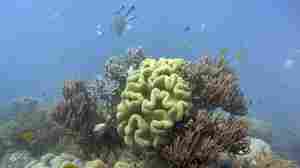 The Australian federal government has downgraded its long-term outlook of the Great Barrier Reef to "very poor," and it says that climate change is the most significant threat. William West /AFP/Getty Images hide caption

August 30, 2019 • "Despite concerted efforts and investments, the condition of the Great Barrier Reef has declined since 2014, and this is largely due to the impacts from climate change," the main scientist said.

August 30, 2019 • Myanmar's military has been fighting ethnic minorities for decades, who want greater autonomy from the government. Now the conflict is funded in part by the production and export of synthetic drugs.

Where The U.S. Sees Threats In China, Israel Sees Opportunity

August 30, 2019 • The U.S. and Israel are usually on the same page but not when it comes to China. Israel's eager to do business with the country that the U.S. considers a security threat.

Where The U.S. Sees Threats In China, Israel Sees Opportunity 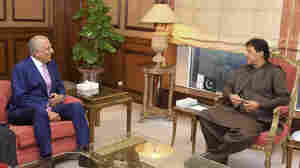 The Key Role Pakistan Is Playing In U.S.-Taliban Talks

August 30, 2019 • Critics have long contended that Pakistan has offered the Taliban shelter, if not outright support. Now the country is facilitating negotiations between Washington and the Taliban.

The Key Role Pakistan Is Playing In U.S.-Taliban Talks 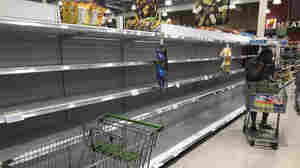 Water was sold out at a grocery store in North Miami, Fla., on Friday as residents heeded warnings to stockpile a week's worth of food and supplies before Hurricane Dorian arrives on Monday. Wilfredo Lee/AP hide caption

Hurricane Dorian Grows Into Category 4 Storm As It Heads Toward Bahamas, U.S.

August 30, 2019 • Forecasters warn, "Dorian is anticipated to remain an extremely dangerous major hurricane ... into next week. Florida and Georgia have declared emergencies along the wide possible path of the storm.