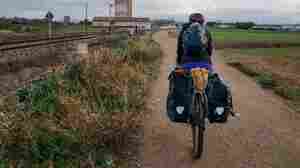 D.C. Couple Killed In Tajikistan Attack Were Biking Around The World Together

July 31, 2018 • Jay Austin and Lauren Geoghegan had spent just more than a year on the road. They kept a detailed blog, writing at one point, "By and large, humans are kind ... Generous and wonderful and kind." 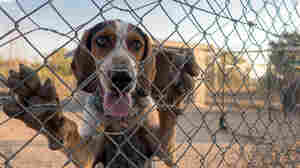 High-speed tracking dogs have been a game-changer in the fight against rhino poaching in South Africa. Their success depends on their ability to work as a team, which means they sleep and eat in the pack-sized enclosures shown above. David Fuchs hide caption

July 31, 2018 • Anti-poaching rangers have sophisticated resources at their command. But one of the most effective is strikingly low-tech. "Since we use dogs, the guys can't hide from us anymore," says a trainer. 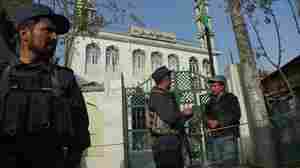 July 31, 2018 • A U.S. government watchdog says the Afghan government "may be going back to 'business as usual' and 'simply checking the box' when it comes to fighting corruption." 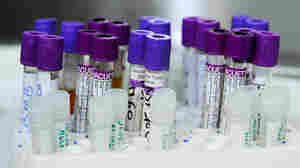 July 31, 2018 • A new financing deal aims to slash the cost of HIV viral load testing in low- and middle-income countries. Public health officials say it's a crucial step to ending the AIDS epidemic. 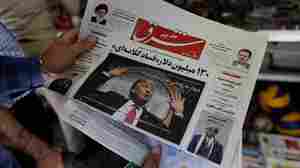 A man in Tehran looks at a newspaper with a picture of President Trump on the front page on Tuesday. Iran's currency traded at a fresh record-low of 119,000 to the dollar today, a loss of nearly two-thirds of its value since the start of the year as U.S. sanctions loom. Trump says he's willing to meet with Iranian leaders, but Iran doesn't seem eager to sit down. Atta Kenare/AFP/Getty Images hide caption

Iran Is Unenthusiastic After President Trump Suggests A Meeting

July 31, 2018 • The leaders of the U.S. and Iran haven't met in person since before the Islamic Revolution in 1979. Trump says he's ready to sit down; Iranian President Hassan Rouhani hasn't expressed any interest. 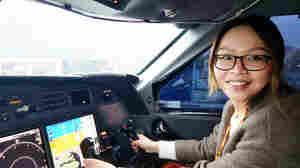 30-year-old Dai Xuan, who works as the editor of a luxury magazine in Shanghai – and is pictured at the helm of a private jet - says the reason why she hasn't married yet is economic. She says she loves her job and she makes more than enough to support herself, which has made her pickier about who she dates. NPR hide caption

July 31, 2018 • "Before, in China, you married to survive," says a Shanghai magazine editor. "Now I'm living well by myself, so I have higher expectations in marriage."

July 31, 2018 • China's young adults are moving to the city and making more money. They're pickier about their marriage prospects and that has China's government worried about a rapidly decreasing marriage rate.

ISIS Claims Responsibility For Deadly Attack On Cyclists In Tajikistan

July 31, 2018 • Two Americans, one Swiss and one Dutch person were killed over the weekend when a vehicle mowed them down and then assailants jumped out of the vehicle and stabbed the victims.

July 31, 2018 • The president said he'd be willing to meet with Iran's leaders. His comment comes days before some U.S. sanctions on Iran go back into place, following the decision to pull out of the nuclear deal. 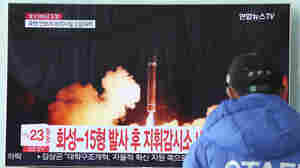 July 30, 2018 • Eleven Middle Eastern television writers are learning from U.S. industry pros how to create better TV. The problem for producers from Saudi Arabia, for instance, is getting past censors. 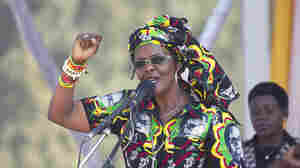 July 30, 2018 • A South African court has overturned a government decision to grant immunity to the former first lady of Zimbabwe over her alleged assault of a South African model with an extension cord.