June 30, 2017 • The German parliament has voted to impose fines of up to $57 million on social media companies that fail to remove "obviously illegal" hate speech within 24 hours of it being posted.

June 30, 2017 • The Trump administration's emerging strategy on Afghanistan involves sending more American troops into the country, the isolation of Pakistan, and the long-term goal of a political settlement with the Taliban.

June 30, 2017 • The rivalry between Saudi Arabia and Qatar is the biggest test yet of Secretary of State Rex Tillerson. He has deep ties to Qatar's leaders, but the White House seems to prefer the Saudis. 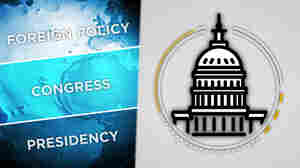 As Trump Travels To Summit, Congress May Be Reasserting Itself On Foreign Affairs

June 30, 2017 • Congress has generally followed a pattern of deferring to the executive on foreign policy. For decades Congress has usually let the president take the lead — and take the heat when things go wrong. 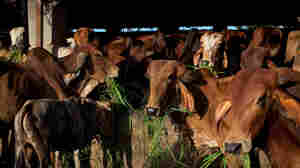 Many upper caste Hindus consider the cow holy and have long rallied to ban beef eating. Critics of the government see the new animal cruelty rules as an effort to cater to these demands. Allison Joyce/Getty Images hide caption

June 30, 2017 • The rules ban cattle sale for slaughter at livestock markets and come at a time of escalating tensions between Hindu extremists and beef-eating minorities. They could also hurt India's beef exports. 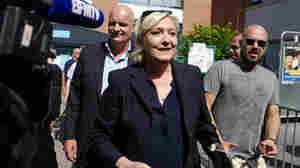 June 30, 2017 • The leader of the far-right National Front party, who made an unsuccessful bid for the French presidency, is alleged to have made fraudulent payments for party work. 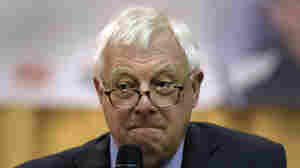 June 30, 2017 • On the anniversary of Hong Kong's return to China, Chris Patten has harsh words for Beijing's heavy-handed approach to the governance of the territory. 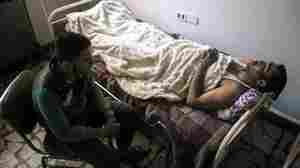 Hassan Youssef, a 40-year-old victim of the April 4 chemical attack in Khan Shaykun, receives medical care in a hospital in the nearby Syrian city of Idlib in April. Omar Haj Kadour/AFP/Getty Images hide caption

June 30, 2017 • The finding is consistent with experts' suspicions. The Organisation for the Prohibition of Chemical Weapons stopped short of saying who was responsible. The U.S. blames the Syrian regime. 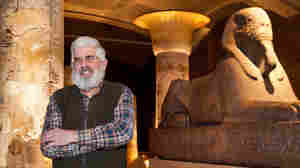 Patrick McGovern, scientific director of the Biomolecular Archaeology Project at the University of Pennsylvania Museum, delves into the early history of fermentation in his latest book. Courtesy of Alison Dunlap hide caption

Meet The Indiana Jones Of Ancient Ales And Extreme Beverages

June 30, 2017 • Patrick McGovern searches for and studies the residues of fermented drinks that can be thousands of years old — and then re-creates them. His new book explores these brews and their cultural value. 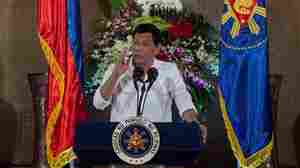 June 30, 2017 • Some 7,000 alleged drug suspects have been killed so far in Rodrigo Duterte's drug war. And he's more popular than ever — except among the poor, where the drug war's effects are most keenly felt. 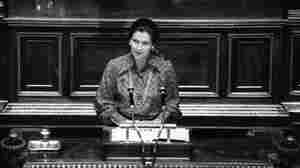 French politician Simone Veil speaks about abortion while she was health minister in 1974. The legislation that legalized abortion in France is still known as "Veil's law." Eustache Cardenas/AP hide caption

June 30, 2017 • Veil was widely revered across the political spectrum. "May her example inspire our countrymen, who will find in her the best of France," French President Emmanuel Macron said.

Indians Are Nervous And Confused Over Upcoming Tax Changes

June 30, 2017 • On Saturday, India rolls out what is being called a game-changing reform: an overhaul of the country's tax system. But many Indians say they're anxious and unprepared for the momentous occasion.

Indians Are Nervous And Confused Over Upcoming Tax Changes

June 30, 2017 • It was 100 years ago this month that U.S. "doughboys" arrived in France. The French are remembering the Yanks who went "Over There" to help them fight in World War I with a series of commemorations.

Philippines' Duterte Is A Divisive Figure, Even Abroad

June 30, 2017 • The first year of Philippine President Rodrigo Duterte's administration has come to a close. But Filipinos at home and in the U.S. are still deeply divided over his leadership.

Philippines' Duterte Is A Divisive Figure, Even Abroad 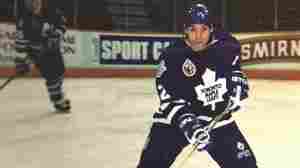 Comedian Mike Myers grew up an avid Toronto Maple Leafs fan, mostly playing street hockey on tennis courts in the suburb of Scarborough. The reason for his first visit to Chicago, where he would later perform with The Second City comedy troupe? To take in a Chicago Blackhawks game before the team's stadium was torn down. Courtesy of Mike Myers and Doubleday Canada hide caption

'Feel The Civility': Comedian Mike Myers On Canada — And 'Canada'

June 30, 2017 • Rachel Martin talks to comedian Mike Myers as Canada prepares to mark 150 years since it took a major step toward independence. Myers has written a book called Canada about his home country.

'Feel The Civility': Comedian Mike Myers On Canada — And 'Canada'