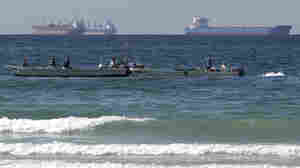 European countries have agreed to stop importing Iranian oil as of Sunday. This could make it harder for Iran to find markets for its crude. Iran has been filling up tankers off its coast, but analysts say it could run out of storage capacity. This photo shows oil tankers off Iran's coast in January. Kamran Jebreili/AP hide caption

June 30, 2012 • European nations have pledged to cut off oil imports from Iran beginning Sunday, tightening the sanctions that target Iran's nuclear program. Iran is expected to feel the squeeze — but the move could also push up world oil prices. 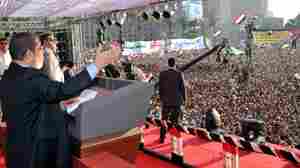 The Egyptian Presidency released this image of Mohammed Morsi giving a speech to tens of thousands of people in Cairo's Tahrir Square on Friday. Morsi was sworn in as Egypt's president on Saturday. Sherif Abdel Monaem/EPA /Landov hide caption

June 30, 2012 • As Egypt's first freely elected president and its first Islamist head of state, Mohammed Morsi must convince Egyptians he can put the nation's interests ahead of his party's Islamist agenda.

June 30, 2012 • Eurozone leaders agreed to a group of measures aimed to address the debt crisis and restore confidence in the euro, in part because of the role played by France's new president, Francois Hollande. At his first big European Union summit, Hollande appears to have backed Spain and Italy and lead a revolt against Germany's austerity strategy. NPR's Eleanor Beardsley has more from Paris.

June 30, 2012 • For more than 30 years, Richard Miles and Reg Mead scoured the fields of their native Jersey with metal detectors, hoping to one day come across an ancient coin or two. Earlier this week, the detector beeped and they found the world's largest-ever stash of Celtic coins. Host Scott Simon speaks with Reg Mead about their find.

Kofi Annan Appeals To Leaders For Solution In Syria

June 30, 2012 • Former United Nations Secretary General Kofi Annan is making a big push Saturday to try to keep his peace plan for Syria on track. He convened a meeting with foreign ministers in Geneva to back up his ideas for promoting a political transition. Host Scott Simon talks with NPR's Michele Kelemen.

Kofi Annan Appeals To Leaders For Solution In Syria 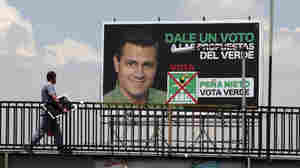 A man walks past a campaign sign for Enrique Pena Nieto, of the opposition Institutional Revolutionary Party. Mexicans vote for their next president on Sunday. Esteban Felix/AP hide caption

June 30, 2012 • Unlike the two most recent presidential elections, this one has not caught the imagination of voters or stirred passions. After a lackluster campaign, Mexico's PRI party looks likely to win back the presidency Sunday. 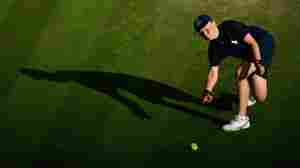 June 30, 2012 • To make the cut, the tournament's ball boys and girls undergo months of rigorous training. They must remain stock-still during play, roll a perfect roll and bounce a perfect bounce. They must also have impeccable manners and complete command of the rules of the game. 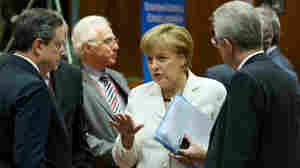 June 30, 2012 • The financial crisis in Europe has been one of the most difficult challenges for the continent since it began moving toward greater integration in the wake of World War II. 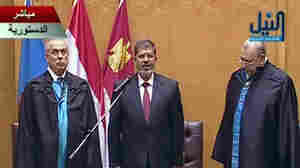 June 30, 2012 • Before taking today's official oath, The Muslim Brotherhood's Mohammed Morsi appeared before thousands of supporters in Tahrir Square Friday to take a symbolic one. 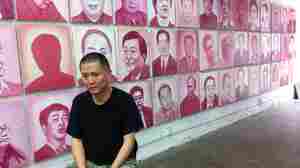 Artist and filmmaker Zhang Bingjian sits in his Beijing studio in front of his Hall of Fame — portraits of corrupt Chinese officials. He has commissioned portraits of 1,600 officials convicted of corruption. Angie Quan/NPR hide caption

A Portrait Of Chinese Corruption, In Rosy Pink

June 29, 2012 • For decades, China's Communist Party has declared that corruption threatens its survival. But a state-run paper recently argued that corruption couldn't be stamped out, so it should be contained to acceptable levels.

A Portrait Of Chinese Corruption, In Rosy Pink 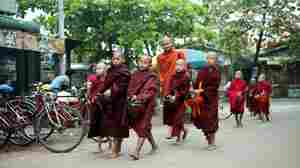 Buddhists donate food and other necessities to monks as a way of earning merit for future lives. Monks have refused donations of alms from the military as a political protest in 1990 and 2007, a boycott that some monks insist is still in effect. Ye Aung Thu/AFP/Getty Images hide caption

June 29, 2012 • Since the country's Saffron Revolution in 2007, Myanmar monks have refused alms from senior military leaders, a huge blow in a country that is 90 percent Buddhist. Now, prospects for lifting the spiritual boycott may be improving because of reforms by President Thein Sein's nominally civilian government.

June 29, 2012 • Mexicans go out to vote for a new president this Sunday. The frontrunners are the left-leaning Andres Manuel Lopez Obrador and the so-called "Pretty Boy Candidate" Enrique Pena Nieto. Host Michel Martin speaks with NPR's Carrie Kahn, who's covering the campaign from Mexico City. 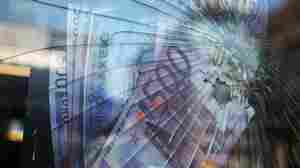 A Baby Step Toward A United States Of Europe

June 29, 2012 • If the euro is to survive, the eurozone needs to be more like one country, and less like a bunch of different countries that happen to sit on the same continent.