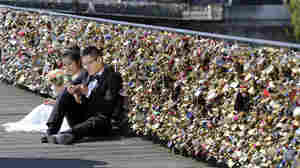 Newlyweds resting on the Pont des Arts in Paris last year. Any hope that the love locks that cling to the famous span over the Seine would last forever will be unromantically dashed by the city council, who plan to dismantle them Monday. Remy de la Mauviniere/AP hide caption

May 31, 2015 • For years, lovers have placed padlocks on the bridge and tossed the key into the Seine river as a symbol of their undying commitment to one another. But Parisian officials have a less romantic view. 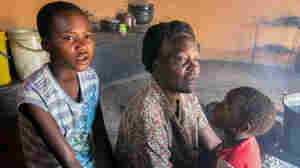 Fadzai Kundishora (left) can no longer go to school because her family can't afford the fees. She spends days at home with her grandmother Miriam Kundishora, doing chores. Ofeibea Quist-Arcton/NPR hide caption

May 31, 2015 • When Zimbabwe won independence in 1980, the country boasted high literacy rates. Then the economy crashed, and many families could no longer afford school fees. 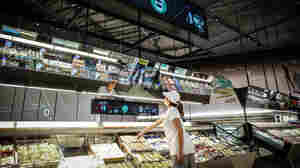 Carlo Ratti of MIT designed this "supermarket of the future" exhibit. If you move a hand close to a product, a digital display lights up, providing information on origin, nutritional value and carbon footprint. Courtesy of COOP Italia hide caption

At World's Fair In Italy, The Future Of Food Is On The Table

May 31, 2015 • Vertical farms, food trucks, tropical forests and the supermarket of the future are on display at Expo 2015 in Milan. Exhibits from 145 countries focus on how to feed the planet sustainably.

At World's Fair In Italy, The Future Of Food Is On The Table 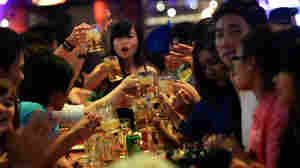 Who's Addicted To What? The First Worldwide Guide

May 31, 2015 • Researchers have put together a comprehensive look at alcohol, tobacco and illegal drug use — and broken down the data by region. 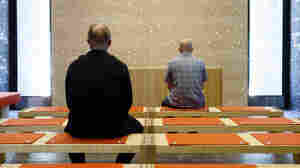 Two men sit inside the chapel at Halden prison in far southeast Norway in this picture taken in 2010. Prisoners here spend 12 hours a day in their cells, compared to many U.S. prisons where inmates spend all but one hour in their cell. STR/Reuters/Landov hide caption

In Norway, A Prison Built On Second Chances

May 31, 2015 • The inmates have private cells and dine with the guards. Norway spends three times as much as the U.S. per prisoner. Norwegians say it pays off, with less than half the U.S. recidivism rate.

In Norway, A Prison Built On Second Chances

May 30, 2015 • Crawford Allan of TRAFFIC, an anti-wildlife trafficking organization, tells NPR's Karen Grigsby Bates that the rarity of some of these species in Southeast Asia make them desirable to illegal trade. 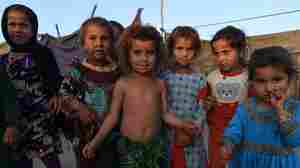 Afghan children look on at a refugee camp in Jalalabad on May 3, 2015. Like thousands of Afghan returnees, Neik Mohammad became unwanted in Pakistan after a Taliban massacre at a Peshawar school, forcing him to return home to a life of misery and fear in a squalid refugee settlement. SHAH MARAI/AFP/Getty Images hide caption

May 30, 2015 • Gordon Brown of the U.N. said it's the worst year for refugees since 1945, and cited a litany of other miseries for youth. We asked experts what can be done to make 2015 a little less horrible. 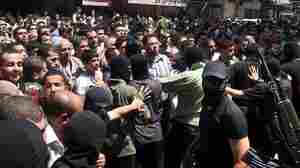 Armed Palestinian masked militants push back a crowd of worshippers outside a mosque in Gaza City on August 22, 2014, before executing more than a dozen men for allegedly helping Israel during its six-week assault on the Palestinian enclave. This week, Amnesty International released a report saying that Hamas was responsible for these and other killings. STR/AFP/Getty Images hide caption

May 30, 2015 • The human rights organization says Hamas deliberately killed at least 23 Palestinians during the war with Israel last summer. Those killed were accused by Hamas of collaborating with Israel. 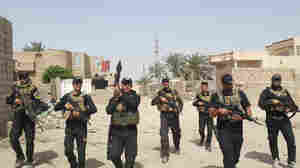 Iraqi anti-terrorism forces patrol in central Ramadi, Iraq, on April 18. A month later, the city fell to the self-declared Iraqi State. Ayman Oghanna, a journalist who was embedded with Iraqi Special Forces in the city, says the Special Forces are capable precision fighters — but are being asked to fill the role of an entire military. AP hide caption

Thousands Who Run, Few Who Fight: A Journalist On Ramadi's Fall

May 30, 2015 • Ayman Oghanna was embedded with Iraqi special forces in Ramadi two days before the city fell to the self-declared Islamic State. He says Iraq's elite forces are capable, but need far more support.

Thousands Who Run, Few Who Fight: A Journalist On Ramadi's Fall 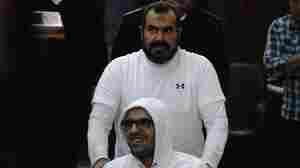 A photo from March shows Mohammed Soltan being pushed by his father Salah during a court appearance in Cairo, Egypt. Soltan, a dual U.S.-Egyptian citizen, was ordered deported to the U.S. after a prolonged hunger strike protesting his prison conditions. Heba Elkholy/AP hide caption

May 30, 2015 • In April, Mohamed Soltan, 27, was sentenced to life in prison for his ties to the outlawed Muslim Brotherhood. He had been on a more than year-long hunger strike. 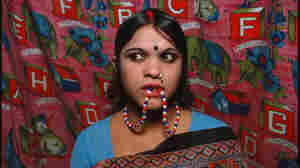 Rekha is one of the many caged prostitutes Mary Ellen Mark came to know as she photographed in the red-light district of Mumbai. Courtesy of Mary Ellen Mark Studio and Library hide caption

Mary Ellen Mark And The Caged Prostitutes Of Mumbai

May 30, 2015 • The photographer, who died this week, turned her lens on the marginal people of the world. One of her most acclaimed projects was her series of photos taken in the brothels of Mumbai. 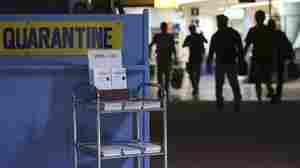 In this photo from 2014, passengers walk past the Middle East respiratory syndrome quarantine area at Manila's International Airport in the Phillipines. The virus is now raising public concern in South Korea. Aaron Favila/AP hide caption

May 30, 2015 • Health officials in South Korea are coming under fire after cases of Middle East respiratory syndrome, or MERS, swelled from one to 13 inside of two weeks. 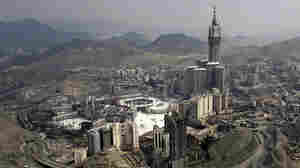 An aerial view of the Grand Mosque in the holy city of Mecca in October 2014. Muhammad Hamed/Reuters/Landov hide caption

May 30, 2015 • Mecca is the destination for Muslim pilgrims. To house the millions of worshippers, massive hotels are rising at a furious pace, upsetting those seeking to protect the city's traditional architecture.

May 29, 2015 • Officials of both organizations were accused of taking bribes. Leaders of both said they couldn't watch subordinates' behavior. Persistent outsiders found evidence of misconduct.

May 29, 2015 • The numbers are more than the Pentagon's Thursday estimate of nine states and a U.S. Air Force base in South Korea. News organizations named Australia as the other country that received the samples.