In Afghan Spring, Violence Rises — But So Do Recruiting Numbers

April 30, 2014 • In Afghanistan, as the winter snows melt, Taliban violence heats up. This year, there will be even fewer foreign troops in Afghanistan to prop up Afghan forces, who suffered record casualties in 2013 as they took the lead for security. While U.S. officials feared that could hamper recruiting efforts for the Afghan Army, Afghan officials say they have a surplus of volunteers.

In Afghan Spring, Violence Rises — But So Do Recruiting Numbers

Widening Sanctions On Russia Rattle Some In Western Oil Industry

April 30, 2014 • The latest round of sanctions against Russia has created a lot of uncertainty for U.S. and European oil and gas companies. They're growing concerned that another round of sanctions could target Russia's energy sector, jeopardizing Western oil companies' activities there.

Widening Sanctions On Russia Rattle Some In Western Oil Industry

April 30, 2014 • Pro-Russian separatists have seized government buildings in another eastern Ukrainian city. After Luhansk fell, Ukraine's acting president said his troops were helpless in the face of the unrest. He said he now was working to keep the rest of eastern Ukraine under his government's control.

A Quiet Election Day In Iraq, With Some Signs For Concern

April 30, 2014 • For the first time since U.S. troops withdrew in 2011, Iraqis went to the polls to vote on their leaders. As Reuters reporter Ned Parker says, the day's events paint a grim future for Iraq's future.

A Quiet Election Day In Iraq, With Some Signs For Concern 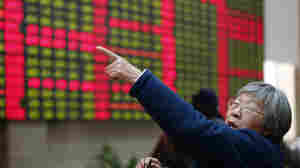 China's economy is poised to become the world's largest — but when? AP hide caption

China Could (By One Measure) Pass U.S. As No. 1 Economy This Year

April 30, 2014 • A World Bank forecast was based on purchasing power parity, an estimate of the cost of living in a particular country. But that isn't the only way to measure the size of an economy.

April 30, 2014 • The NBA has banned L.A. Clippers owner Donald Sterling from the league for life after tapes revealed racist comments he made to girlfriend V. Stiviano. The Beautyshop ladies weigh in. 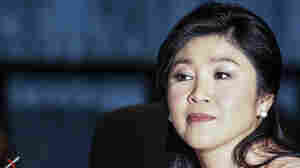 Thai Prime Minister Yingluck Shinawatra attends a meeting with the Election Commission in Bangkok on Wednesday. The commission has recommended fresh elections to be held July 20. Athit Perawongmetha/Reuters/Landov hide caption

Thailand Calls New Elections Amid Fears Of Another Opposition Boycott

April 30, 2014 • It's not clear whether the opposition, whose boycott of February elections caused the vote to be invalidated, will participate in the new balloting, set for July. 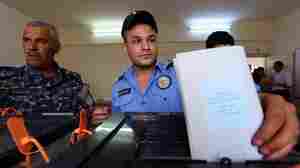 Amid Violence And Without U.S. Troops, Iraq Votes

April 30, 2014 • Prime Minister Nouri al-Maliki's party appears to be the strongest going into Wednesday's polls. In a country plagued by bloodshed and sectarian divisions, the vote is testing Iraq to the limits. 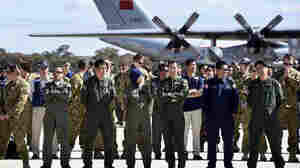 International air crews involved in the search for the missing Malaysia Airlines plane gathered Tuesday on the tarmac at the Royal Australian Air Force Pierce Base in Bullsbrook, near Perth. Reuters/Landov hide caption

Australia Rebuffs Possibility Of Flight 370 Wreckage In Bay Of Bengal

April 30, 2014 • A marine exploration firm says it has found what may be debris from the missing plane in the Bay of Bengal. But the head of search efforts off Australia says his team is "looking in the right place."

What Is Plan B For Mideast Peace Negotations?

April 30, 2014 • A deadline U.S. Secretary of State John Kerry set to either end or extend the Israeli-Palestinian peace talks has expired. Kerry says the next step is a pause.

What Is Plan B For Mideast Peace Negotations?

April 30, 2014 • The U.S. and Europe have different car safety standards. Some of them are small while others are more dramatic. All car makers agree that the different standards are a pain. So why the difference?

Why Is A French Economist's 700-Page Book So Popular?

April 30, 2014 • French economist Thomas Piketty's book, Capital in the Twenty-First Century, has become a sensation. He's been all over the media, and he's lecturing to packed houses on his current U.S. tour.

Why Is A French Economist's 700-Page Book So Popular? 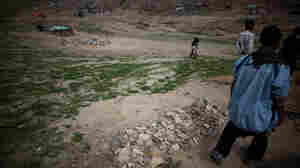 A man walks past a fresh grave in the Kamar Kulagh slum outside of Herat. David P. Gilkey/NPR hide caption

An Afghan Village Of Drug Addicts, From Ages 10 To 60

April 30, 2014 • Afghanistan is not just a world leader in producing drugs. It's also a leading consumer. Drug users addicted to heroin, and more recently crystal meth, are everywhere in the western city of Herat.

An Afghan Village Of Drug Addicts, From Ages 10 To 60