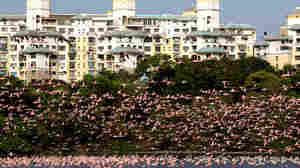 Flamingos flock to Mumbai between September and April, but this year there are almost three times more birds than the amount that usually flocks to the area. Bachchan Kumar/Hindustan Times via Getty Images hide caption

More Flamingos Are Flocking to Mumbai Than Ever Before. The Reason Could be Sewage

March 31, 2019 • There is an almost three-fold increase in the flamingo population in Mumbai, India. Rahul Khot, assistant director at the Bombay Natural History Society, tells NPR his speculations as to why.

More Flamingos Are Flocking to Mumbai Than Ever Before. The Reason Could be Sewage 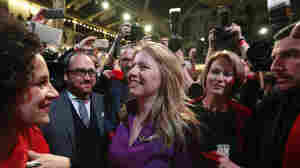 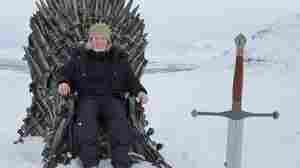 March 31, 2019 • HBO created a world-wide scavenger hunt to promote the last season of Game of Thrones. Josefine Wallenå of Sweden drove eight hours in her quest to find the Iron Throne.

Has Sexism Become A Barrier To A Brexit Breakthrough?

March 31, 2019 • This week, the British parliament once again rejected a plan by Prime Minister Theresa May's to leave the European Union. NPR's Korva Coleman speaks with Hannah Peaker, a leader of the Women's Equality party, about May's leadership and her critics.

Has Sexism Become A Barrier To A Brexit Breakthrough? 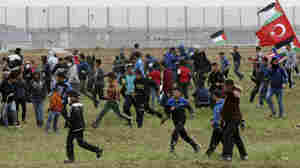 Protesters run to cover from teargas fired by Israeli troops near fence of Gaza Strip border with Israel on Saturday. The day marked the first anniversary of the Gaza border protests. Adel Hana/AP hide caption

March 31, 2019 • Despite these deaths, the day was calmer than expected, as Israel and Palestine work to negotiate a deal. "This was not something extraordinary," retired Israeli Brig. Gen. Yossi Kuperwasser told NPR. 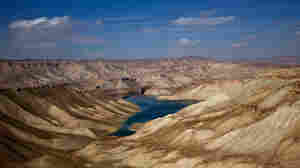 A Key To Peace In Afghanistan? Consider Conservation, Says One Scientist

March 31, 2019 • NPR's Lulu Garcia-Navarro asks José Díaz-Briseño, Washington correspondent for the Mexican newspaper Reforma, how Mexico has been reacting to the latest escalation in rhetoric from President Trump. 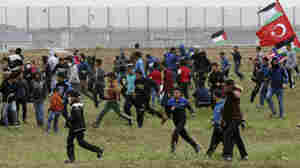 March 31, 2019 • On the first anniversary of major protests at the border fence between Israel and Gaza, demonstrations were calmer than usual, but four Palestinians were killed.

March 30, 2019 • The Syrian government has declared victory over ISIS — years after the same was said of Iraq. NPR's Korva Coleman speaks with Yale researcher Mara Redlich Revkin about life after ISIS in Iraq.

Amid Anxiety Surrounding Boeing's 737 Max Jets, One Airline Wants To Cancel Its Order

March 30, 2019 • The airline Garuda Indonesia wants to cancel its order of 49 Boeing 737 Max 8 planes, but contracts make it expensive to do so.

Amid Anxiety Surrounding Boeing's 737 Max Jets, One Airline Wants To Cancel Its Order

Many Pregnant Women Are Among Those Leaving Venezuela

March 30, 2019 • Venezuela is in the midst of an economic and political crisis. That's led many pregnant women to seek medical attention across the border in Colombia.

Many Pregnant Women Are Among Those Leaving Venezuela 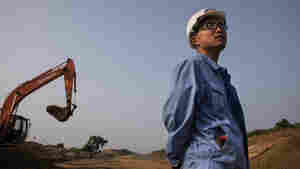 A Chinese site engineer is seen during construction of an extension of the Southern Expressway in Sri Lanka, in November. The project is part of Beijing's massive Belt and Road Initiative. Paula Bronstein/Getty Images hide caption

March 30, 2019 • Chinese companies are recruiting workers from home and subjecting them to harsh treatment abroad. In one case, laborers brought to the U.S. were forced to work 14-hour days without pay. 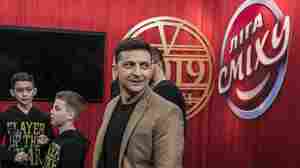 A Comedian Plays Ukraine's President On TV. Will He Become One In Real Life?

March 30, 2019 • Volodymyr Zelenskiy's only connection to politics is the role he plays in a hit TV series about a man who accidentally becomes Ukraine's president. He's leading in polls ahead of Sunday's elections.

A Comedian Plays Ukraine's President On TV. Will He Become One In Real Life?

March 30, 2019 • Ukrainians are going to the polls to elect a new president. Disillusionment with pervasive corruption and fatigue with a low-level war have not put a damper on Ukraine's lively politics, though.

March 30, 2019 • NPR's Scott Simon talks with Tony Travers of the London School of Economics about the drama surrounding Brexit.