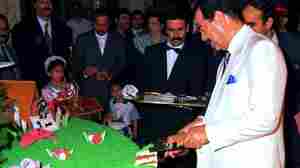 Iraqi President Saddam Hussein cuts his birthday cake on April 28, 1996. Iraq has hundreds, maybe thousands, of men named after the former dictator. The name is so hated now that a group of Saddam Husseins is petitioning to change their names en masse. AP Photo / Iraqi News Agency, Pool hide caption

What's In A Name? For Iraq's Saddam Husseins, A Lot

October 31, 2010 • Iraq has hundreds, maybe thousands, of Saddam Husseins, named for the country's former president during his reign. But nowadays the name is so hated that a group of Saddam Husseins in Diyala Province is petitioning the government to change their names.

What's In A Name? For Iraq's Saddam Husseins, A Lot

In Asia, Clinton Reaches Across Islands

October 31, 2010 • Secretary of State Hillary Clinton's tour through Southeast Asia and the Pacific is aimed at stepping up U.S. engagement on a host of regional issues in the region. But friction between Japan and China over a group of uninhabited islands in the East China Sea pushed its way onto Clinton's agenda Saturday.

In Asia, Clinton Reaches Across Islands

Suspect In Custody As Bomb Investigation Goes On

October 31, 2010 • The investigation into last week's attempted cargo bombing is proceeding Sunday on three continents. Intelligence and law enforcement officials are scrambling in the United States, in Britain and on the Arabian Peninsula to determine who was responsible for the package bombs discovered at an airport in Britain and aboard a plane in Dubai. Host Liane Hansen talks with NPR's Tom Gjelten. 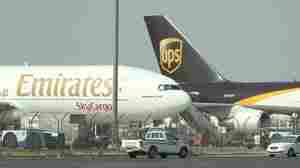 Cargo planes sit on the tarmac of Dubai airport Saturday, the day after a parcel bomb was intercepted in Dubai on a cargo plane originating from Yemen. Karim Sahib/AFP/Getty Images hide caption

October 31, 2010 • A team of federal investigators -- including FBI agents and transportation security officials -- is on the way to Yemen to hunt for clues in the airline cargo bomb plot and advise about screening procedures. Meanwhile, Yemeni authorities have released a female student brought in for questioning, citing an apparent case of identity theft.

An Afternoon In Paris As An Illegal Immigrant

October 31, 2010 • Despite expelling hundreds of Roma this summer and passing an immigration bill that critics call "harsh and discriminatory," France remains a beacon to immigrants. NPR's Eleanor Beardsley, an American living in Paris, recently had her own brush with French immigration authorities.

An Afternoon In Paris As An Illegal Immigrant

October 30, 2010 • All cargo in the belly of passenger planes must be inspected, but that's not the case for cargo on cargo-only planes. Some say security should increase after two mail bombs were discovered on cargo planes headed for the U.S. But shippers say screening everything would slow things down and be extremely costly. 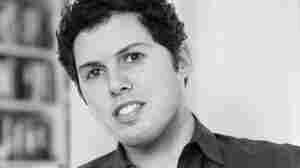 Gal Beckerman is the author of When They Come for Us, We'll Be Gone: The Epic Struggle to Save Soviet Jewry. Houghton Mifflin Harcourt hide caption

How A Quest To Save Soviet Jews Changed The World

October 30, 2010 • A rally that drew a quarter-million people to the National Mall 23 years ago was a crucial turning point for Jews yearning to escape the Soviet Union. Author Gal Beckerman explores that moment, and that movement, in his new book When They Come For Us, We'll Be Gone: The Epic Struggle to Save Soviet Jewry.

How A Quest To Save Soviet Jews Changed The World

October 30, 2010 • The investigation into this week's terror attempts is turning to potential culprits. Homeland Security Secretary Janet Napolitano said Saturday that the parcel bombs sent from Yemen have hallmarks of the militant group al-Qaida in the Arabian Peninsula. Host Guy Raz gets the latest from NPR's Dina Temple-Raston. 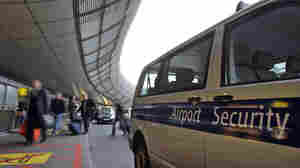 October 30, 2010 • The thwarted bombing attempt prompted tightened security at airports around the globe and had President Obama conferring with key allies Saturday. Officials said they have accounted for all the suspicious packages in the U.S. The search now is for any suspect packages in Yemen and Europe awaiting delivery to the United States.

Excerpt: 'When The Come For Us, We'll Be Gone'

Story Of The U.S.-Bound Explosives Emerges

October 30, 2010 • U.S. authorities continue to investigate a terrorism plot that appears to have been launched by al-Qaida in the Arabian Peninsula. Two packages sent from Yemen to the U.S. were intercepted, one in the U.K., the other in Dubai. They were found to contain explosive materials. NPR's Dina Temple-Raston has been following the story and speaks with host Scott Simon about the latest developments.

Story Of The U.S.-Bound Explosives Emerges

October 30, 2010 • The cholera epidemic in Haiti is losing steam, although the number of cases and fatalities continues to climb. The disease has killed more than 300 people and sent more than 4,000 people to hospitals and clinics. Host Scott Simon talks to NPR's Christopher Joyce in Port-au-Prince, Haiti, for the latest on the epidemic. 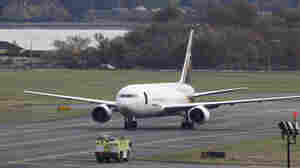 A United Parcel Service jet sat isolated on a runway at Philadelphia International Airport on Friday after reports of a suspicious package. Matt Rourke/AP hide caption 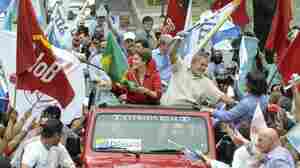 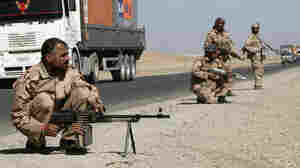 Private security contractors guard a part of a route as NATO supply trucks drive past in the province of Ghazni, southwest of Kabul. Intense negotiations continued between Afghan President Hamid Karzai and the international community over the Afghan government's deadline for ridding the nation of private security guards. Rahmatullah Naikzad/AP hide caption

October 29, 2010 • In Afghanistan there have been intense debates between the Karzai government and officials from the U.S. and other nations over the private security companies that help guard development and reconstruction projects. Karzai wants the firms to leave.