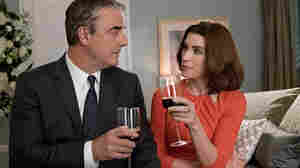 April 30, 2016 • "There was seven seasons-worth of story to tell in the education of Alicia Florrick, and we've come to the end of that story," says co-creator Michelle King. The Good Wife series finale airs May 8.

April 29, 2016 • NPR's Kelly McEvers speaks with actress Amanda Peet about her Lenny Letter essay, "Never Crossing The Botox Rubicon," and how to navigate aging in the image-obsessed entertainment industry. 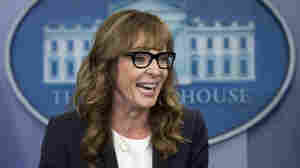 April 29, 2016 • Actress Allison Janney, who played the White House press secretary in the NBC drama, made a surprise appearance during the daily press briefing to talk about opioid addiction. 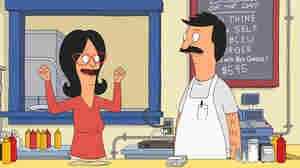 April 29, 2016 • Paramount Pictures holds the copyright to Klingon, spoken by some characters in "Star Trek." The Language Creation Society is arguing Klingon is a real language, and is therefore not copyrightable.

April 29, 2016 • Les Waas, a beloved prankster, wrote the memorable song that drew children to the Mister Softee ice cream truck, among other well-known tunes. He passed away earlier this month, at 94 years old. 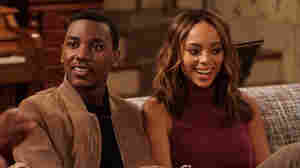 Jerrod Carmichael (shown with actress Amber Stevens West) says that the family debates on The Carmichael Show are inspired by real life. "I grew up in a household that's very argumentative," he explains. Chris Haston/NBC hide caption

If 'Carmichael Show' Topics Feel Uncomfortable, That's Because They're Real

April 28, 2016 • Jerrod Carmichael says that the complicated family debates on his NBC comedy series are inspired by real life. "I grew up in a household that's very argumentative ... in a very healthy way," he says.

If 'Carmichael Show' Topics Feel Uncomfortable, That's Because They're Real 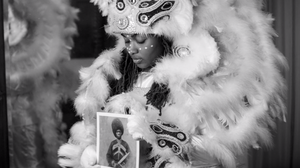 Though the Mardi Gras Indian who appears in Lemonade is a young woman, most people who mask and parade as part of the tradition are male. TIDAL hide caption

The Mardi Gras Indian Of 'Lemonade'

April 27, 2016 • In Lemonade, Beyoncé's much-discussed visual album, a girl resplendent in white plumage appears. It's a nod to the pop star's New Orleans roots and loaded with the region's racial history. 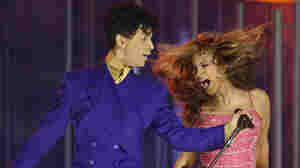 What if we talked about politics the way we talk about Prince and Beyonce? Kevork Djansezian/AP hide caption

What Harriet Tubman, Prince And Beyonce Can Teach Us About Politics

April 26, 2016 • What if we took some tips from think-piece culture in the way we talk about our politics? 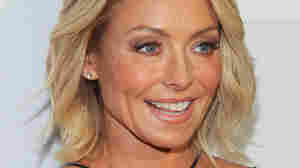 Kelly Ripa, seen here earlier in April, returned Tuesday to Live with Kelly and Michael after a dust-up with her bosses. Andy Kropa/Invision/AP hide caption

Kelly Ripa Comes Back To 'Live'

April 26, 2016 • Kelly Ripa returned to Live with Michael and Kelly on Tuesday morning following a tumultuous week in the wake of the announcement of Michael Strahan's departure.

'Game Of Thrones' Begins Its 6th Season On HBO

April 25, 2016 • Season 5 of the HBO series ended with a lot of cliffhangers. The sixth season is the first one that goes beyond the realm of the books that the show is based on.

'Game Of Thrones' Begins Its 6th Season On HBO 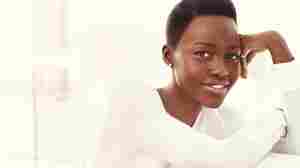 Lupita Nyong'o says it was "a very discombobulating thing," to go from obscurity to the Academy Awards. Alex Lubomirski/Lancôme hide caption

April 23, 2016 • The actor is now starring on Broadway in Eclipsed, a searing story of young women held captive in Liberia. After that and 12 Years a Slave, Nyong'o says she's ready for some lighter material. 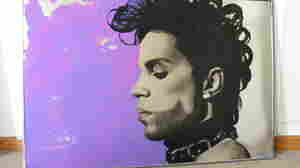 When a megastar like Prince dies, collective mourning ensues. But if you didn't grow up hooked on the music — whether out of taste, or even because you weren't allowed — these moments can be somewhat isolating. Todd Davidson/Flickr Creative Commons hide caption

I'm Not Sad About Prince, But Let Me Explain

April 23, 2016 • NPR's Sarah McCammon grew up in a conservative evangelical home in the Midwest. When Prince died and purple filled her newsfeeds, she felt like an outsider watching a ritual she couldn't fully join. 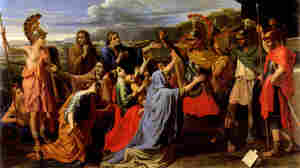 An illustration depicts a scene from Shakespeare's Coriolanus, a play that opens with citizens armed with "staves, clubs, and other weapons" in protest against the city fathers they accuse of hoarding grain. In Shakespeare's day, food shortages tore through England — and the bard himself was fined for grain hoarding. Nicolas Poussin/Wikimedia Commons hide caption

In Shakespeare's Day, Hunger Tore Through England. His Plays Tell The Tale

April 23, 2016 • Many food riots broke out during Shakespeare's era. Endless rain wiped out crops, and speculators profited (including the bard). The chaos and anxiety around food show up in some of his famous works. 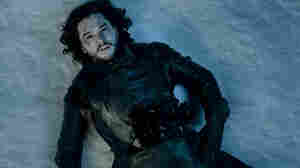 Will Kit Harington's Jon Snow — seen here after a seemingly fatal attack at the end of Season 5 — survive? No one knows. HBO hide caption

We Know Nothing, (About) Jon Snow As 'Game Of Thrones' Returns

April 22, 2016 • HBO's hit kicks off its sixth season this weekend, but the show has now outpaced the original books, and the channel isn't making advance episodes available. So, is Jon Snow alive? We have no idea!

We Know Nothing, (About) Jon Snow As 'Game Of Thrones' Returns