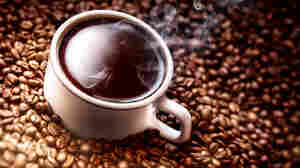 Coffee Break: People Arguing And Counting And Singing And Getting Gassed Edition

July 31, 2013 • Please, let us not think of the calculation of the value of art to the economy as involving anything called "the Taylor Swift Effect."

July 31, 2013 • A poster from the original 1931 film Frankenstein just sold at auction for more than a quarter of a million dollars. The seller — an Illinois man — was a teenager when he spotted the poster 40-some years ago at an antique store, on sale for just a few dollars. 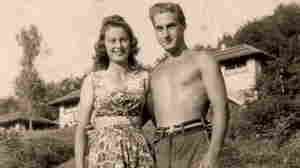 It was at the Catskills' Avon Lodge in 1942 that comic and actor Sid Caesar would meet Florence Levy, a kids' counselor, niece of the owner and later Caesar's much-adored wife of nearly seven decades. "I thought he would be just a nice boyfriend for the summer," she told a California newspaper not long before her death in 2010. International Film Circuit hide caption

July 30, 2013 • Two documentarians remember a time when Jewish comics could count on the resorts of the Borscht Belt to provide a proving ground — and an informal curriculum — as they pushed to find a broad audience without abandoning their roots in vaudeville and Yiddish theater. 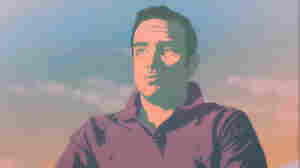 July 30, 2013 • Havana Marking's new documentary focuses on professional thieves who've targeted high-end jewelry shops across Europe, the Middle East and Asia for a decade. According to Interpol, the Pink Panthers have stolen nearly a half a billion dollars worth of jewels over roughly 500 robberies. 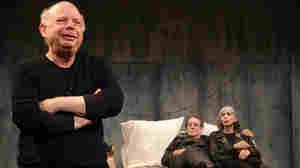 Wallace Shawn (from left), Larry Pine and Deborah Eisenberg make up the cast of The Designated Mourner. Written by Shawn and directed by Andre Gregory, the Public Theater show is a product of one of the longest collaborations in the history of the American theater. Joan Marcus/Courtesy The Public Theater hide caption

July 28, 2013 • Shawn has made a living playing comic, downtrodden characters like Rex, the green dinosaur in Toy Story. But in his free time, he has written a handful of intellectually demanding plays. New York's Public Theater is showcasing two of his works this year. 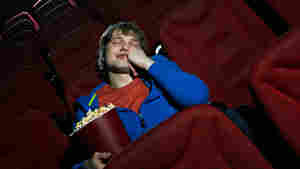 'Snacks On A Plane' And Other #dullermovies

July 26, 2013 • Twitter users are coming up with some must-not-see film titles like Ferris Bueller Goes to School and I Speculate On What You Did Last Summer. We share a handful of our favorites and invite you to share your own.

'Snacks On A Plane' And Other #dullermovies 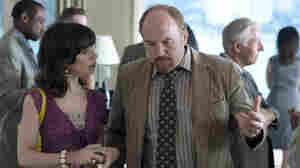 July 26, 2013 • Blue Jasmine finds the filmmaker stuck in old ruts; though his technique is as sound as ever, his worldview seems to have congealed decades ago. Cate Blanchett, Sally Hawkins and Alec Baldwin star in a story inspired by Bernie Madoff and Blanche DuBois. 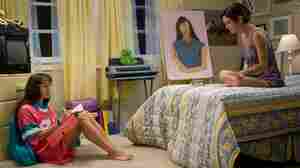 July 26, 2013 • Aubrey Plaza stars as an overachieving high school valedictorian who prepares for sex like studying for an AP exam. Writer and director Maggie Carey says that when she was looking to finance the independent film, she'd describe it as "a dirty Sixteen Candles." 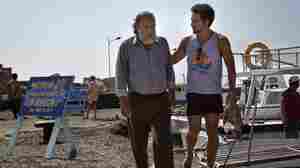 Aging fisherman Ernesto (Mimmo Cuticchio, left) and his and his family navigate tough times and perilous politics in Terraferma, whose misspelled title is no accident in a world of increasingly closed borders. Cohen Media Group hide caption

On A Tiny Sicilian Islet, A World Of Big Questions To Answer

July 25, 2013 • Emanuele Crialese, who made 2002's Respiro, is back with a timely entry from a genre of filmmaking that seemed to fizzle out after the mid-1950s. Terraferma, a loving study in neo-realism, is set off the coast of Italy and packed with ecstatic imagery. (Recommended) 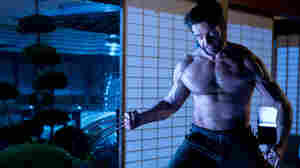 The Wolverine finds Hugh Jackman's Logan at large in Japan, where an old friend is looking for a hand — and our hero is looking to sort out some psychological baggage. Ben Rothstein/Fox hide caption

July 25, 2013 • Apocalyptic epics — all toppling buildings and existential peril — have been de rigeur in this summer's blockbusters, but they're missing in action in The Wolverine. Ian Buckwalter says the latest X-Men story is about letting Logan work through his issues, and it's told with a lighter touch. 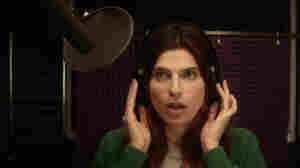 Lake Bell was born Lake Siegel Bell. Her father is named Harvey Siegel, but she says her mother got the last name in the divorce settlement. Seamus Tierney hide caption

'In A World ...' Is A Comedy About, You Guessed It, Voice-Over Artists

July 25, 2013 • Actress Lake Bell wrote and directed the film, which mixes laughs with an inspiring story about a female vocal coach who wants to break into the world of movie trailers.

'In A World ...' Is A Comedy About, You Guessed It, Voice-Over Artists 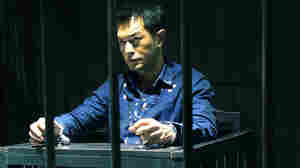 When it is discovered that Timmy Choi (Louis Koo) has been manufacturing meth, he's sentenced to death and put in the custody of Capt. Zhang. His only shot at redemption? Helping Zhang shut down his cartel. Variance hide caption

July 25, 2013 • Veteran Hong Kong filmmaker Johnnie To dives into a story about a mainland drug war. Using a variety of languages and vantage points, To creates an eye-opening and surprisingly pointed commentary on the Chinese criminal justice system. (Recommended) 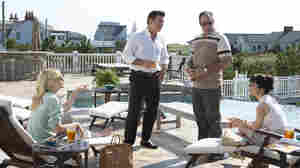 Cate Blanchett, Trifling With The Kindness Of Strangers

July 25, 2013 • Woody Allen's latest is a by-the-numbers number — though it may very well be redeemed by a dynamic Cate Blanchett as a damaged woman poised between stasis and hysteria.

Big Summer Movies Go Belly Up At The Box Office

July 25, 2013 • There have been a lot of big flops at the movie box office this summer, most notably The Lone Ranger.

Big Summer Movies Go Belly Up At The Box Office 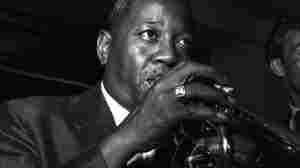 July 24, 2013 • America's first Freedom Riders may well have been the black musicians who, in the '30s and '40s, broke ground in Hollywood. Those could have been milestone moments, but the industry responded to provincial concerns and allowed Jim Crow markets to cut out integrated scenes.