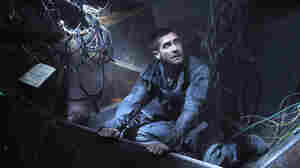 Fool Me Once: Colter Stevens (Jake Gyllenhaal), a military helicopter pilot, finds himself plugged into another man's consciousness and sent back in time — to eight minutes before his host is killed in a terrorist attack. Jonathan Wenk/Summit Entertainment hide caption

March 31, 2011 • A soldier must relive the last minutes of another man's life — repeatedly — to stop the terrorist who killed him, and who looks likely to strike again. 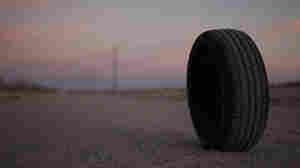 They See Me Rollin': "Robert" is a tire with telekinetic powers — and an increasingly unpleasant way of putting them to work — in Quentin Dupieux's consciously anarchic horror comedy Rubber. Magnet Releasing hide caption

March 31, 2011 • Quentin Dupieux's puckish horror comedy about a telekinetic tire on a violent rampage in the Southern California desert is also a meta-cinematic meditation on the conventions of moviemaking and movie-watching. 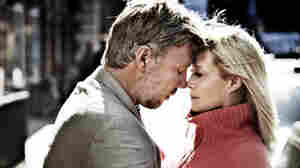 Cultures, Shocks: A doctor (Mikael Persbrandt) struggles to balance work in a developing-world refugee camp with family strife at home in Denmark, while his estranged wife (Trine Dyrholm) urges him to look after their oft-bullied son. Per Arnesen/Sony Pictures Classic hide caption

'In A Better World': Melodrama, At Home And Abroad

March 31, 2011 • The Oscar-winning Danish film poses many an ethical dilemma in a tale involving doctors, borders and bullies. So why was there only one big question circling in critic Bob Mondello's head as the credits rolled? 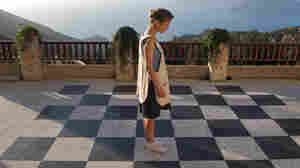 Her Move: Sandrine Bonnaire plays a smart but shy woman who develops a passion for chess — and an appetite for a life beyond her experience. Patrick Glaize /Zeitgeist Films hide caption

A Pawn With Hopes Of Castles, In Search Of A Gambit

March 31, 2011 • Caroline Bottaro's languid drama about a chess-playing chambermaid is a Pygmalion tale aimed at post-feminist women who want their independence — and their possessive men too.

Film Based On A Palestinian Girl's Life Stirs Controversy

March 31, 2011 • Miral is a red flower that grows in the dessert only when it rains. It's also the name of author Rula Jebreal's tale of three generations of Palestinian women. The book, now a movie, sparked a fire storm of debate. The Palestinian journalist talks about her story and the power of hope.

Film Based On A Palestinian Girl's Life Stirs Controversy

The Impact of War

March 31, 2011 • In the late 1990s, brutal civil war in the Democratic Republic of Congo destroyed Rose Mapendo's life. She was imprisoned with her children and eventually escaped. A decade later, she had emerged as a tireless advocate for forgiveness and women's empowerment. Mapendo's remarkable story is told in a new PBS documentary called Pushing the Elephant . It follows the mother-of-ten's mission and her reunion with her four-year-old daughter that was left behind. Host Michel Martin speaks with Mapendo about her life and her path to recovery. 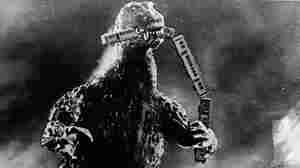 Radioactive monster Godzilla stomps through a city and eats a commuter train in a scene from Godzilla, King of the Monsters!, directed by Ishiro Honda and Terry O. Morse. The 1956 film was a re-edited version of the 1954 Japanese film Gojira, directed by Honda. Embassy Pictures/Getty Images hide caption

Movie Mutants Give A Face To Our Nuclear Fears

March 30, 2011 • Within the first few days of the threefold tragedy in Japan, Wikipedia trend-spotters noticed a startling spike in searches ... for "Godzilla." The radioactive monster is just one on-screen incarnation of human anxiety in a nuclear age.

Movie Mutants Give A Face To Our Nuclear Fears 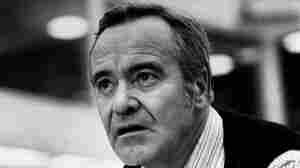 March 28, 2011 • Last summer, as the Gulf oil spill was finally being brought under control, I found myself thinking about Hollywood disaster movies — and how they differ from real-world disasters. In the last few weeks, as tragic events have played out in Japan, I realized I'd left something out: the menace that can't be seen.

March 27, 2011 • Since Sept. 11, 2001, Muslim-Americans have been disappointed about how they are portrayed in film and television. Now, the Muslim Public Affairs Council is putting on workshops with veteran Hollywood writers to teach Muslims how to write their own scripts.

March 26, 2011 • When Elizabeth Taylor — or, as many remembrances put it, Elizabeth Taylor Hilton Wilding Todd Fisher Burton Burton Warner Fortensky — died this week, she shared the front pages with an earthquake, a nuclear crisis, and revolutions. Throughout her tumultuous life, she never lost top billing.

'Miral': A Drama About The Israeli-Palestinian Conflict

March 26, 2011 • Host Scott Simon talks with artist and filmmaker Julian Schnabel about his new movie, Miral. The drama is centered on an orphaned Palestinian girl, who grows up in the wake of the first Arab-Israeli war. Schnabel also directed Before Night Falls and The Diving Bell and the Butterfly.

'Miral': A Drama About The Israeli-Palestinian Conflict 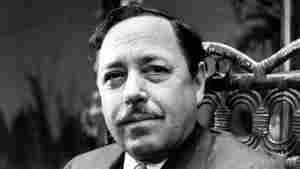 Tennessee At 100: Forever 'The Poet Of The Outcast'

March 26, 2011 • From The Glass Menagerie to Cat On A Hot Tin Roof, Tennessee Williams was one of American theater's most prolific — and most lauded — playwrights. On the centennial of Williams' birth, Tom Vitale looks back on his life and career.

Tennessee At 100: Forever 'The Poet Of The Outcast'

March 25, 2011 • Richard Leacock helped invent the filmmaking style known as cinema verite. His work inspired such documentarians as the Maysles brothers and D.A. Pennebaker — as well as French New Wave directors like Truffaut and Godard and Americans like Martin Scorsese. Leacock died Wednesday at 89 in his home in Paris. 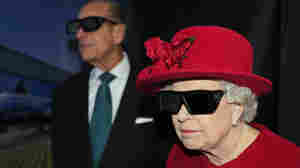 The Myth Of 3-D Immersion

March 25, 2011 • It is a myth that 3-D movies provide a greater sense of immersion than ordinary movies. The stereoscopic illusion of 3-D is just a cheap thrill.