July 10, 2020 • The U.S. Supreme Court ruling that a huge area of eastern Oklahoma is a Native American reservation was applauded by tribes, but government officials say it could cause confusion in the legal system.

July 10, 2020 • California is seeing a surge in COVID-19 cases. Trump and Biden are focusing on the economy in their campaigns. And, a SCOTUS ruling has big implications for Native Americans.

July 10, 2020 • Chief Justice John Roberts has had a momentous term in which he played perhaps the most influential role of any chief justice in close to a century. 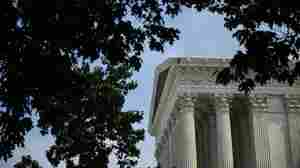 The Supreme Court ruled Thursday that about half of the land in Oklahoma is within a Native American reservation as stated in treaties. Brendan Smialowski/AFP via Getty Images hide caption

July 9, 2020 • "Today we are asked whether the land these treaties promised remains an Indian reservation. ... Because Congress has not said otherwise, we hold the government to its word," wrote Justice Gorsuch.

What A Supreme Court Ruling Means For Native Americans And Oklahoma

What A Supreme Court Ruling Means For Native Americans And Oklahoma

July 9, 2020 • President Trump complained the Supreme Court rulings that prevent him from blocking access to his tax returns were "not fair" — even though they are unlikely to be released before Election Day. 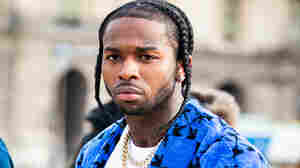 July 9, 2020 • Three men and two juvenile males have been arrested in connection with the rapper's death in February, the Los Angeles Police Department announced.

July 9, 2020 • The Supreme Court ruled on two key cases that deal with President Trump's financial records and whether they can be subpoened by Congress and a New York grand jury. 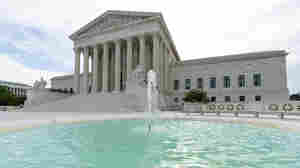 The president swiftly responded to the Supreme Court rulings on Twitter saying the legal battle, which has not been put to rest, is "not fair to this Presidency or Administration!" J. Scott Applewhite/AP hide caption

July 9, 2020 • In two 7-2 rulings written by Chief Justice John Roberts, the court allowed a subpoena in a New York criminal case but told a lower court to consider separation of powers when it comes to Congress.

July 9, 2020 • New transcripts from bodycam footage shows George Floyd telling officers that he cannot breathe and they are killing him numerous times before he died. Floyd's death ignited nationwide protests.

July 9, 2020 • The Supreme Court prepares to end a blockbuster term, and decisions on whether Congress and a New York grand jury can access President Trump's tax and financial information loom.