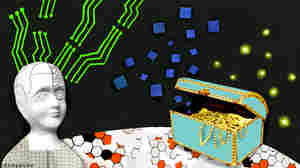 When Scientists Develop Products From Personal Medical Data, Who Gets To Profit?

May 31, 2018 • Data from patient medical records are being used to develop commercial products. What rights do we have over the use of our personal health information?

When Scientists Develop Products From Personal Medical Data, Who Gets To Profit? 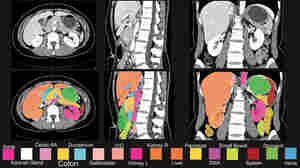 A team at Johns Hopkins Medicine in Baltimore is developing a tumor-detecting algorithm for detecting pancreatic cancer. But first, they have to train computers to distinguish between organs. Courtesy of The Felix Project hide caption

For Some Hard-To-Find Tumors, Doctors See Promise In Artificial Intelligence

May 30, 2018 • Scientists are training computers to read CT scans in the hopes that they can catch pancreatic cancer early.

For Some Hard-To-Find Tumors, Doctors See Promise In Artificial Intelligence 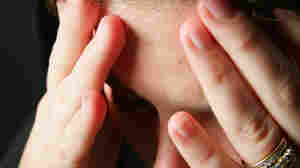 May 30, 2018 • Women are at high risk for getting concussions from domestic violence. A neurologist and a social worker have paired up to try to get women the specific medical help and counseling that they need. 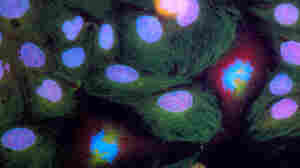 Immunofluorescent light micrograph of human colon cancer cells, highlighting the nucleus of each cell in pink. U.S. doctors have been seeing an increase in colorectal cancer cases — and deaths — among people under age 50. SPL/Science Source hide caption

May 30, 2018 • Noting a sharp rise in colorectal cancer among younger people, the American Cancer Society now suggests that healthy adults get their first screening five years earlier — at age 45. 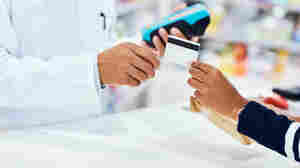 As the price of specialty drugs continues to rise, some health plans are shifting more of the cost to patients. Getty Images hide caption

Why Some Patients Getting Drugmakers' Help Are Paying More

May 30, 2018 • Some health plans are refusing to count the copayment assistance offered by drugmakers as part of a patient's deductible. That means some patients are paying thousands of dollars more out-of-pocket. 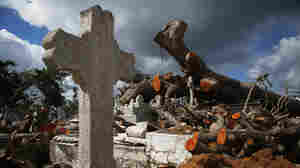 May 29, 2018 • The death rate is a contentious subject, in part because federal and island governments haven't responded as rapidly to the disaster as they have in other hurricane emergencies. 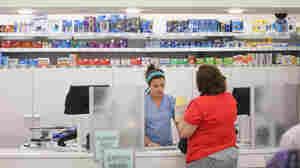 Many Medicare patients don't realize they can sometimes pay less out of pocket for a prescription drug if they pay cash, instead of the insurance copay. Scott Olson/Getty Images hide caption

To Lower Your Medicare Drug Costs, Ask Your Pharmacist For The Cash Price

May 29, 2018 • Sometimes a drug plan's copay is higher than the cash price, but insurance rules keep pharmacists from telling Medicare beneficiaries unless they ask. 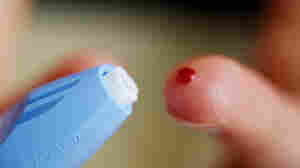 Do DIY Medical Tests Promise More Than They Can Deliver?

May 28, 2018 • A growing number of start-ups are offering at-home tests that let you check your thyroid, your fertility, even food sensitivities. But some doctors view the tests with skepticism.

Do DIY Medical Tests Promise More Than They Can Deliver? 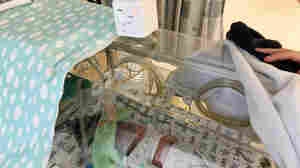 While Baby Duke Brothers stayed in the NICU, his parents could watch over him via web cam. Blake Farmer/WPLN hide caption

Cameras On Preemies Let In Families, Keep Germs Out

May 28, 2018 • Some hospitals are putting cameras in their neonatal intensive care units to reduce the number of people — and germs — from entering. But some NICU staff may not want to be watched around the clock.

Cameras On Preemies Let In Families, Keep Germs Out 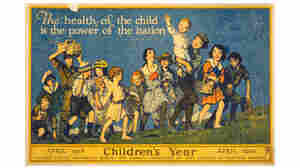 A poster put out by the U.S. Children's Bureau in 1918. Francis Luis Mora/Library of Congress hide caption

May 27, 2018 • Nervous mothers and dads once had only family and friends to turn to for advice on kids. Then, in 1912, the U.S. government created an agency devoted to children, and queries from moms poured in. 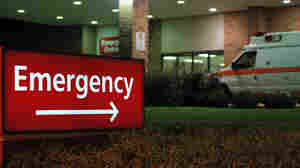 Some personal injury law firms now automatically target online ads at anyone who enters a nearby hospital's emergency room and has a cellphone. The ads may show up on multiple devices for more than a month. sshepard/Getty Images hide caption

May 25, 2018 • Personal injury law firms are using location-based mobile ads to target people as they enter emergency rooms. The trend is raising concerns among patients and health privacy experts. 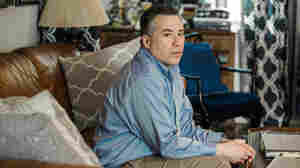 "As bad as NYU is, Aetna is equally culpable because Aetna's job was to be the checks and balances and to be my advocate," said Michael Frank, seen at his home in Port Chester, N.Y. Annie Tritt for ProPublica hide caption

Why Your Health Insurer Doesn't Care About Your Big Bills

May 25, 2018 • Patients may think their insurers are fighting on their behalf for the best prices. But saving patients money is often not their top priority. Just ask Michael Frank about his hip surgery. 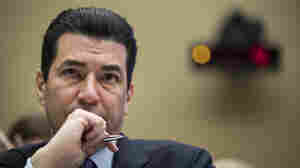 Food and Drug Commissioner Scott Gottlieb tweeted Tuesday that he is ready to implement a right-to-try law "in a way that achieves Congress' intent to promote access and protect patients." Drew Angerer/Getty Images hide caption

May 24, 2018 • Legislation that would give terminally ill people a direct path to get experimental treatments raises questions about how the Food and Drug Administration would safeguard patients. 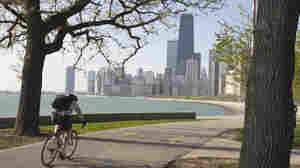 Where You Live Affects Your Happiness And Health, But How Exactly?

May 23, 2018 • Bike commuting, access to health care and racial diversity contribute to higher levels of well-being in communities. 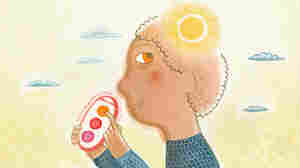 The kids also learned handy visuals, like a remote control for negative thoughts so you can switch channels in your head. Nathalie Dieterle/for NPR hide caption

To Teach Kids To Handle Tough Emotions, Some Schools Take Time Out For Group Therapy

May 23, 2018 • A growing number of schools are offering training for emotional and social skills that can benefit kids in school and throughout their life.

To Teach Kids To Handle Tough Emotions, Some Schools Take Time Out For Group Therapy