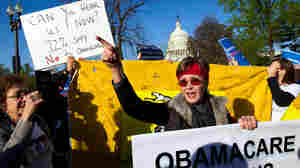 Linda Door protested outside the U.S. Supreme Court as it began hearing arguments on the constitutionality of the Affordable Care Act in March 2012. Carolyn Kaster/AP hide caption

January 31, 2014 • Some conservatives say the health care law is here to stay. They're urging Republicans to shift their focus from repealing it to changing parts they don't like. The Tea Party wing calls that capitulation. And it's pushing primary challengers against Republicans they say are soft on repeal. 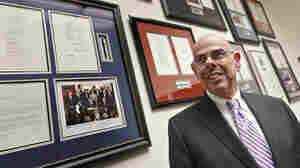 Democratic Rep. Henry Waxman of California stands in his Capitol Hill office beside a wall displaying his legislative accomplishments. Waxman, 74, said Thursday that he would retire after 40 years in the House of Representatives. J. Scott Applewhite/AP hide caption

Rep. Waxman Leaves Behind A Legacy Of Health Laws

January 31, 2014 • California Rep. Henry Waxman, elected in 1974 in Watergate's aftermath, has announced his retirement. The Democrat leaves behind one of the most substantive legislative records in the House's recent history, and was instrumental in the passage of the Affordable Care Act.

Rep. Waxman Leaves Behind A Legacy Of Health Laws 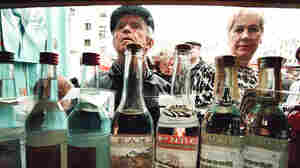 Shoppers check out vodka in a street kiosk in Moscow in 2008. Alexander Nemenov/Getty Images hide caption

Russia's Love Affair With Vodka Lures Many To An Early Grave

January 30, 2014 • Russia has a big problem with vodka, which is a key factor in the country's abysmal life expectancy, researchers say. But measures like banning vodka sales at night have had an immediate effect on a young Russian man's chances of living to age 55 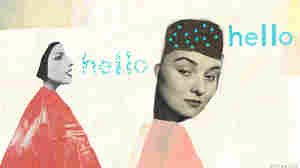 Researchers Watch As Our Brains Turn Sounds Into Words

January 30, 2014 • To understand speech, the brain has to quickly recognize the sounds used to form words. Researchers say that process involves groups of highly specialized brain cells that respond to individual sounds produced by the human vocal tract.

Researchers Watch As Our Brains Turn Sounds Into Words 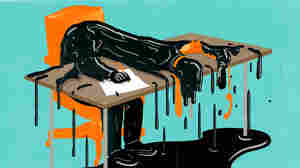 The Institute of Medicine is reviewing how chronic fatigue syndrome is diagnosed and whether that label puts too much emphasis on fatigue over other significant symptoms. Daniel Horowitz for NPR hide caption

January 30, 2014 • The Institute of Medicine is reviewing how chronic fatigue syndrome is diagnosed. But some patients and doctors say the one of the biggest problems is the name itself. The hallmark symptom is not fatigue, they say, but a physical and mental crash after even mild exercise. 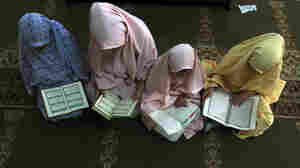 January 30, 2014 • Since 1990, nearly 2 billion people have gained clean toilets, or at least decent outhouses. And many more children in the developing world now eat better, go to school and get medical treatment. The advances mean that fewer children are dying of preventable diseases. 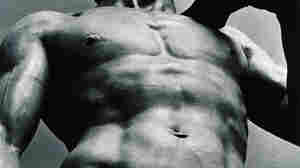 Some men take testosterone hoping to boost energy and libido, or to build strength. But at what risk? iStockphoto hide caption 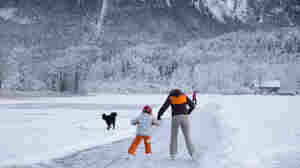 Playing outside can help kids — and their parents — maintain a healthy weight. iStockphoto hide caption

Adult Obesity May Have Origins Way Back In Kindergarten

January 29, 2014 • Overweight kindergartners are much more likely to be obese by eighth grade compared to their normal-weight peers, a study finds. The solution may be for women to avoid gaining too much weight during pregnancy, researchers say, as well as helping kids get exercise and eat healthy foods.

Adult Obesity May Have Origins Way Back In Kindergarten 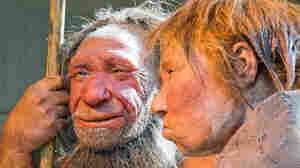 Love your hair. Artists' depictions of a Neanderthal man and woman at the Neanderthal Museum in Mettmann, Germany. Martin Meissner/AP hide caption

Neanderthal Genes Live On In Our Hair And Skin

January 29, 2014 • Scientists know that a small percentage of humans' genes came from Neanderthals. But they were surprised to find that one-fifth of Neanderthal genes are in modern humans living today. That includes genes associated with diseases including Type 2 diabetes, Crohn's disease and lupus.

Neanderthal Genes Live On In Our Hair And Skin 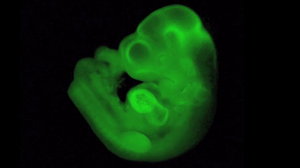 A mouse embryo grows from stem cells made by stressing blood cells with acid. The blood cells are tagged with a protein that creates green light. Courtesy of Haruko Obokata hide caption

January 29, 2014 • Japanese scientists say they've figured out a fast, easy way to make the most powerful cells in the world: embryonic stem cells. The magic ingredient? Something akin to lemon juice. So far it's unknown whether the method would work with human cells or could be used for medical treatments. 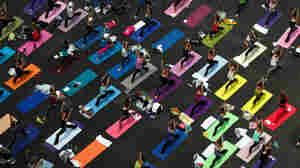 January 29, 2014 • Cancer patients and survivors are told to exercise, but the disease and treatments can leave them with overwhelming fatigue. Yoga may be a gentle way to get moving, a study reports, with breast cancer survivors who did yoga saying they had less fatigue than women who did not. 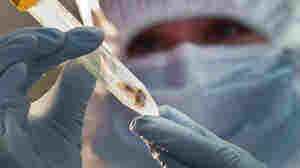 January 29, 2014 • When you hear the words bubonic plague, Black Death usually comes to mind. But the first plague pandemic happened 800 years earlier, when the Justinian plague wiped out nearly a quarter of the world's population. Scientists have decoded the bacteria responsible, which have roots in China. 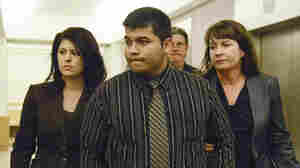 January 28, 2014 • After collapsing on her kitchen floor, Munoz was hospitalized and kept on life support despite her wishes. A Texas law protects a hospital from liability as long it keeps a pregnant patient on life support. 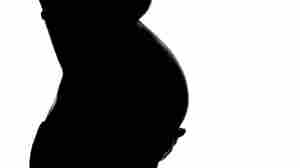 As Vermont expands addiction treatment services, it is also coming to grips with one of the most difficult and emotional aspects of the problem: pregnant women addicted to opiates. iStockphoto hide caption

In Vermont, A Network Of Help For Opiate-Addicted Mothers

January 28, 2014 • Vermont Gov. Peter Shumlin attracted national attention this month when he devoted his entire annual State of the State speech to heroin addiction in Vermont. As the state expands addiction treatment services, it's also trying to come to grips with one of the most difficult and emotional aspects of the problem: pregnant women addicted to opiates.

In Vermont, A Network Of Help For Opiate-Addicted Mothers 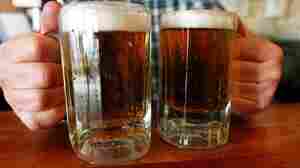 Eighty percent of college students drink, and schools have had little success reducing those numbers, or the problems caused by excessive alcohol. Toby Talbot/AP hide caption

College Students Can Learn To Drink Less, If Schools Help

January 28, 2014 • Drinking too much may seem like an essential part of college life for many students. But interventions aimed at getting students to drink less dangerously do work, a study finds. The efforts need to go beyond generic online courses and involve students on a personal level.