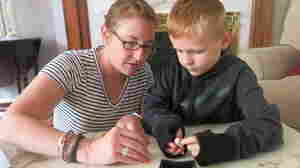 After finishing up some household chores, Brody Knapp gets a chance to play with his mother, Ashley, at their home in Kansas City, Mo. Alex Smith/KCUR hide caption

Pediatricians Stand By Meds For ADHD, But Some Say Therapy Should Come First

September 30, 2019 • New treatment guidelines don't assuage concerns that some children with attention deficit hyperactivity disorder are being prescribed medication too soon, before behavioral interventions are tried.

Pediatricians Stand By Meds For ADHD, But Some Say Therapy Should Come First 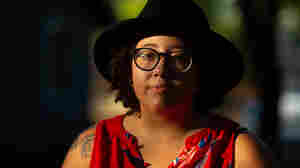 An unexpected charge related to a biopsy threatened the financial security of Brianna Snitchler and her partner. Callie Richmond for Kaiser Health News hide caption

A Biopsy Came With An Unexpected $2,170 'Cover Charge' For The Hospital

September 30, 2019 • After a test to rule out cancer, Brianna Snitchler faced a facility fee for use of the hospital's radiology room. She wasn't told in advance about the charge, which strained her tight budget.

A Biopsy Came With An Unexpected $2,170 'Cover Charge' For The Hospital 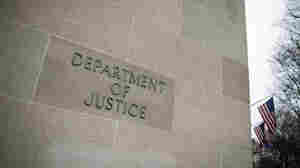 In the alleged scheme, Medicare beneficiaries were offered, at no cost to them, genetic testing to estimate their cancer risk. Al Drago/Bloomberg/Getty Images hide caption

September 27, 2019 • Doctors, lab technicians and telemarketers from around the U.S. were among those arrested in the investigation of a scheme that the DOJ alleges defrauded seniors and Medicare. 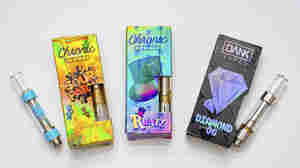 Investigators have found that cannabis-containing vaping products are linked with many of the reported cases of vaping-related lung illness. Mike Wren/AP hide caption

September 27, 2019 • As the CDC continues to investigate more than 800 cases of vaping-related lung disease, two states have found that many patients were using THC products sold under the label "Dank Vapes." 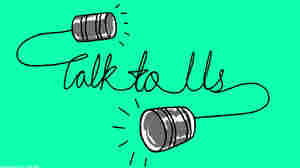 Going Through Menopause? NPR Wants To Hear From You

September 27, 2019 • The transition into menopause can last a few years and cause many changes, including to your mental health. Share your experience with us. 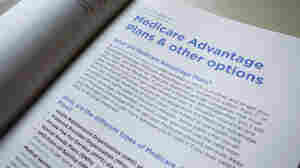 Medicare Advantage health plans, mostly run by private insurance companies, have enrolled more than 22 million seniors and people with disabilities — more than 1 in 3 people who are on some sort of Medicare plan. Pablo Martinez Monsivais/AP hide caption

September 27, 2019 • A lawsuit filed by Kaiser Health News under the Freedom of Information Act could spur the Centers for Medicare & Medicaid Services to release audits that document up to $650 million in overcharges. 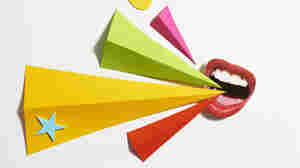 The negative voice inside your head can hold you back from making new friends. Tara Moore/Getty Images hide caption

September 26, 2019 • Negative thinking can keep you from making social connections. Here's advice from psychologists about how to overcome the sneaky voice in your head that holds you back. 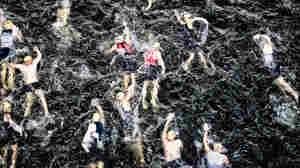 Too Much Training Can Tax Athletes' Brains

September 26, 2019 • Research finds that triathletes who train too hard can impair a brain area involved in achieving goals such as winning a race. Fatigued athletes choose immediate gratification over long-term rewards.

Too Much Training Can Tax Athletes' Brains 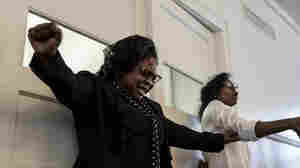 Carrie Barrett, a former defendant in a suit brought by Methodist Hospital, testifies during service at Apostolic Fellowship Church in Memphis, Tenn., on Sept. 15. Her debt to the hospital was cleared following an MLK50 and ProPublica investigation into the debt collection practices. Andrea Morales for MLK50 hide caption

September 25, 2019 • A Memphis hospital that filed more than 8,300 lawsuits for unpaid medical bills from 2014 through 2018 is forgiving many patients' debts, after an investigation by journalists. 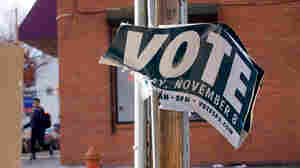 Surveys done since the 2016 election show that engaging with politics is stressing people out and harming their mental health and relationships. Mark Makela/Getty Images hide caption

Stressed Out By Politics? Here's How To Keep Caring Without Losing Your Cool

September 25, 2019 • Surveys show today's political climate is affecting people's mood, relationships and health. How do you stay engaged with democracy without letting the stress ruin your day? 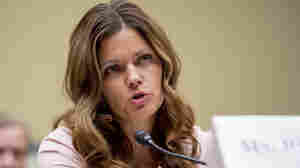 Ruby Johnson, whose daughter was recently hospitalized with a respiratory illness from vaping, testified before a House Oversight subcommittee hearing on lung disease and e-cigarettes on Capitol Hill Tuesday. Andrew Harnik/AP hide caption

If E-Cigs Were Romaine Lettuce, They'd Be Off The Shelf, Vaper's Mom Tells Congress

September 24, 2019 • As numbers of vaping-related lung disease rise, a mom testifying before Congress compared the illness to a food poisoning outbreak and called on lawmakers to address the epidemic of teen vaping.

If E-Cigs Were Romaine Lettuce, They'd Be Off The Shelf, Vaper's Mom Tells Congress 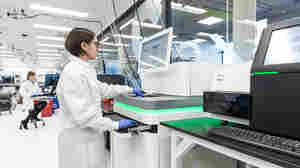 An employee of the Boston biotech company Ginkgo Bioworks runs a gene sequencing machine through its paces. The company synthesizes thousands of genes a month, which are then inserted into cells that become mini factories of useful products. Tim Llewellyn/Copperhound Pictures/Ginkgo Bioworks hide caption

As Made-To-Order DNA Gets Cheaper, Keeping It Out Of The Wrong Hands Gets Harder

September 24, 2019 • Labs are churning out more and more synthetic DNA for scientists who want to use it to reprogram cells. Some say the technology has outpaced government safety guidelines put in place a decade ago.

As Made-To-Order DNA Gets Cheaper, Keeping It Out Of The Wrong Hands Gets Harder 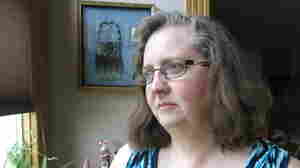 Lori Pinkley of Kansas City, Mo., has struggled with chronic pain since she was a teenager. She has found relief from low doses of naltrexone, a drug that at higher doses is used to treat addiction. Alex Smith/KCUR hide caption

In Tiny Doses, An Addiction Medication Moonlights As A Treatment For Chronic Pain

September 23, 2019 • Naltrexone, commonly used for opioid and alcohol use disorders, may also help patients with chronic pain — when prescribed in microdoses. But few doctors or patients seem to know about it.

In Tiny Doses, An Addiction Medication Moonlights As A Treatment For Chronic Pain 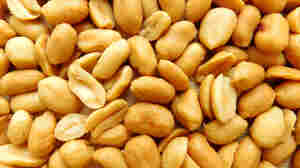 Palforzia, a new drug to treat peanut allergies, is expected to get FDA approval. The main ingredient of the drug is peanut flour. Marco Livolsi/EyeEm/Getty Images hide caption

September 23, 2019 • Some question the need for a costly pill that's basically made of peanut flour. But with standardized capsules, more peanut allergy sufferers could gain access to a treatment now available to few. 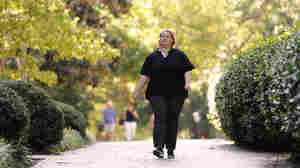 On the advice of a co-worker, Dehne joined a six-week program through which she learned how to safely walk to ease her pain. Now Dehne briskly walks for exercise and enjoyment multiple times a week. Her knees, she says, "don't hurt me anymore." Eamon Queeney for NPR hide caption

September 23, 2019 • Never mind a runner's high — the buzz some people say they get after a run. Neuroscientist Benedict Kolber was more interested in how to generate pain relief via a brisk walk. It can really work.