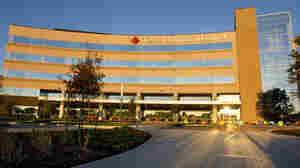 Kids With Ebola, Bird Flu Or TB? Texas Children's Hospital Will Be Ready

September 30, 2015 • A pediatric hospital in Houston is opening a new biocontainment wing — the first in the U.S. designed for children. Kids will even get dolls sporting mini versions of "spacesuits" doctors wear.

Kids With Ebola, Bird Flu Or TB? Texas Children's Hospital Will Be Ready 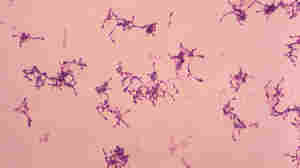 September 30, 2015 • Researchers find that babies lacking four types of bacteria in their guts at 3 months appear to have a higher risk for developing asthma later in life. 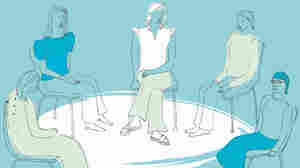 Studies May Overstate The Benefits of Talk Therapy For Depression

September 30, 2015 • Studies showing that a treatment works are more likely to be published than those with a negative result. So talk therapy and drug therapy for depression are probably less effective than thought.

Studies May Overstate The Benefits of Talk Therapy For Depression 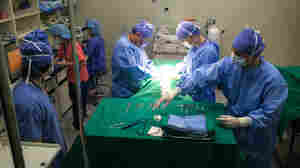 September 30, 2015 • A lab in Seoul is the only place in the world known to commercially clone dogs. But often the dog clones are sickly, critics say, and many other dogs are subjected to surgery to make a clone. 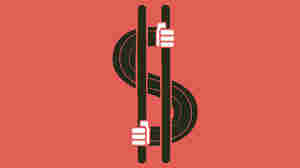 Even In Prison, Health Care Often Comes With A Copay

September 30, 2015 • Although the government is responsible for providing health services to people in jail and prison, inmates are still often expected to pay for a share of the treatment. 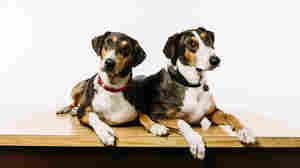 Ken (left) and Henry were created using DNA plucked from a skin cell of Melvin, the beloved pet of Paula and Phillip Dupont of Lafayette, La. Edmund D. Fountain for NPR hide caption

September 30, 2015 • The Duponts in Louisiana loved their mutt Melvin so much they jumped at the chance to replicate him. Melvin is gone now, but he has left behind two clones, Ken and Henry. 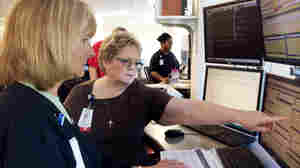 Nurses Patricia Wegener (left) and Susan Davis at Mercy Hospital can monitor the condition of a patient who is miles away via the hospital's technology. But some health insurers and analysts remain skeptical that telemedicine saves money. Alex Smith/KCUR hide caption

September 30, 2015 • With apps and video chats now a part of many people's days, some firms and hospitals see big potential for health care delivered remotely. But a lot of insurers still aren't willing to pay for it. 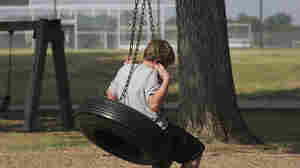 The large British study, begun in 1958, tracked the diet, habits and emotional and physical health of thousands of people from childhood through midlife. iStockphoto hide caption

September 29, 2015 • A British study that tracked the health of thousands from childhood through midlife finds early distress to be even more potent than adult stress in predicting later diabetes and heart disease. 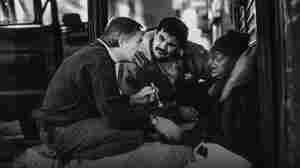 House Calls To The Homeless: A Doctor Treats Boston's Most Isolated Patients

September 29, 2015 • James O'Connell refers to himself as a "street doctor." Since 1985, he has cared for homeless patients, sometimes making visits on park benches or in alleys. His memoir is Stories from the Shadows.

House Calls To The Homeless: A Doctor Treats Boston's Most Isolated Patients 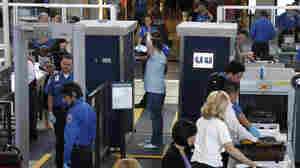 A man is screened with a backscatter X-ray machine as travelers go through a security checkpoint at Los Angeles International Airport in 2011. Danny Moloshok/Reuters/Corbis hide caption

September 29, 2015 • The machines, pulled in 2013, expose travelers and airport workers to a dose of radiation well within acceptable limits — a factor of 10 below recommended safety standards. 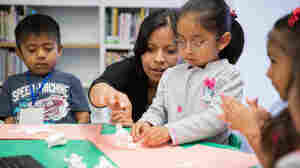 Hospitals Struggle To Help Farmworkers Who Speak Triqui Or Mixteco 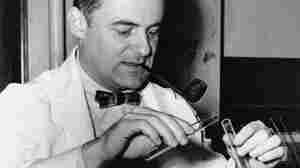 In 1954, Dr. Frederick C. Robbins, then chief of pediatrics and contagious diseases at Cleveland Metropolitan General Hospital, was one of three winners of that year's Nobel Prize in medicine. The scientists' work, which led to a vaccine against polio, was performed in human fetal cells. AP hide caption

September 29, 2015 • Critics say research on fetal tissue is no longer needed to answer crucial medical questions. But National Institutes of Health officials and other scientists say alternatives don't yet measure up. 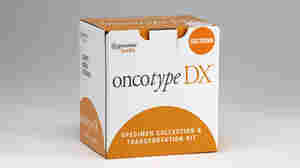 September 28, 2015 • A large study confirms that a test doctors have been using for a decade works well for low-risk patients. More work is needed to draw conclusions about chemotherapy for women with riskier tumors. 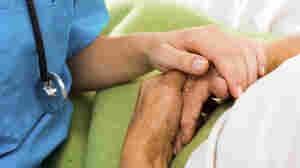 As life draws to an end, compassion is more important than food. Kacso Sandor/iStockphoto hide caption

A Nurse Reflects On The Privilege Of Caring For Dying Patients

September 28, 2015 • Palliative care nurse Theresa Brown provides in-home, end-of-life care to patients. "It's incredible the love that people evoke" at the end of their lives, she says. Brown's new book is The Shift.

A Nurse Reflects On The Privilege Of Caring For Dying Patients 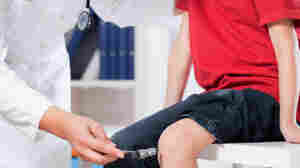 Children in foster care typically haven't been to the doctor or dentist regularly. iStockphoto hide caption

Children In Foster Care Aren't Getting To See The Doctor

September 28, 2015 • Pediatricians need to do more to get the right health care for children in foster care, according to the American Academy of Pediatrics. Those children often miss out on both routine and acute care.