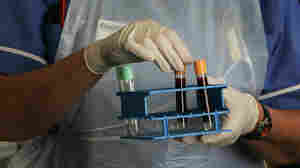 UK Biobank, based in Manchester, England, is the largest blood-based research project in the world. The research project will involve at least 500,000 people across the U.K., and follow their health for next 30 years or more, providing a resource for scientists battling diseases. Christopher Furlong/Getty Images hide caption

August 31, 2019 • A project that shares medical information from 500,000 volunteers is driving innovative research around the world. The richness of the database means scientists are motivated to make it even better. 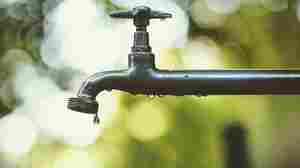 Water utilities need quick ways to check for contamination in the drinking water supply, including from norovirus, which causes intestinal distress. Scientists are trying to make it easier to test for the virus. Rehan Hasan / EyeEm/Getty Images/EyeEm hide caption

August 30, 2019 • Flooding from storms can sometimes lead to contamination from sewage in the drinking water supply. Scientists are trying to develop a quicker test for one troublesome contaminant: norovirus. 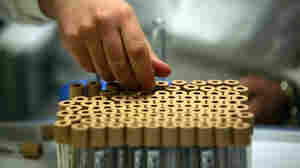 August 29, 2019 • Researchers have long hoped to find out if genes contribute to sexual orientation. A new study of genetic data from thousands of people hints there may be some link, but it's still far from clear. 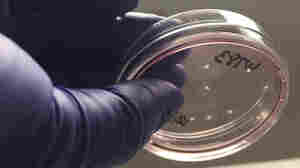 August 29, 2019 • Researchers say clusters of human brain cells grown in the lab can spontaneously generate electrical patterns similar to the brain waves of a 6-month-old fetus. 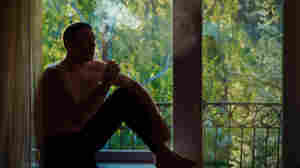 Marijuana use is risky for teens and pregnant women and can be habit-forming, says the U.S. surgeon general. Jane Khomi/Getty Images hide caption

August 29, 2019 • As more than 30 states have liberalized marijuana laws, the use and potency of the drug have increased. The surgeon general says there's no safe amount of marijuana for adolescents and pregnant women. 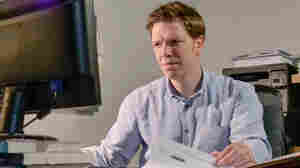 Before scheduling his hernia surgery, Wolfgang Balzer called the hospital, the surgeon and the anesthesiologist to get estimates for how much the procedure would cost. But when his bill came, the estimates he had obtained were wildly off. John Woike for Kaiser Health News hide caption

Bill Of The Month: Estimate For Cost Of Hernia Surgery Misses The Mark

August 29, 2019 • Patients are often told to be smart consumers and shop around for health care before they use it. But even when you do so, estimates from insurers, hospitals and doctors can be unreliable.

Bill Of The Month: Estimate For Cost Of Hernia Surgery Misses The Mark 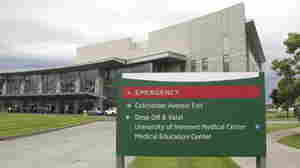 A federal agency says Vermont Medical Center required a nurse to participate in an abortion over her moral objections. Lisa Rathke/AP hide caption

August 28, 2019 • The Trump administration's Office for Civil Rights put a hospital in Vermont on notice that it violated federal rules by forcing a nurse to help with an abortion. The hospital denies the charge. 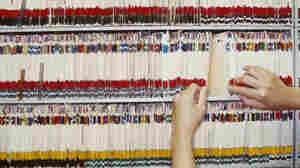 Americans have the right to access their medical records, but actually doing so is often complicated, slow and costly. Sean Justice/Getty Images hide caption

Opinion: It's Your Right To See Your Medical Records. It Shouldn't Be This Hard To Do

August 28, 2019 • Hospitals and other health care companies often make it hard — and pricey — to get access to your medical data. It doesn't have to be this way. 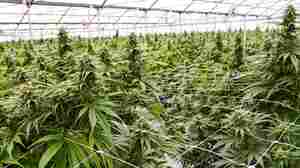 August 27, 2019 • Current federal law limits scientists trying to study the health effects of marijuana to plants from one farm in Mississippi. The DEA says it will begin moving on applications for new growers. 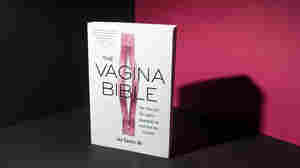 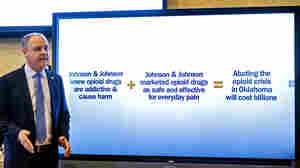 State's attorney Brad Beckworth lays out one of his closing arguments in Oklahoma's case against drugmaker Johnson & Johnson at the Cleveland County Courthouse in Norman, Okla. in July. The judge in the case ruled Monday that J&J must pay $572 million to the state. Chris Landsberger/AP hide caption

August 26, 2019 • The $572 million judgment against Johnson & Johnson will cover one year of addiction treatment and prevention the judge says. But health economists predict it will take decades to abate the problem. 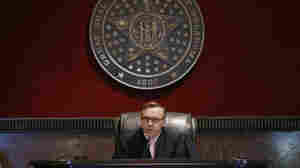 August 26, 2019 • In a landmark ruling, Judge Thad Balkman ruled in favor of Oklahoma in its lawsuit to hold the drugmaker accountable for the costs of opioid addiction in the state. 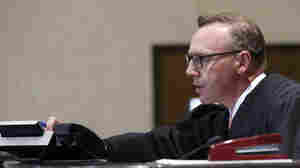 August 26, 2019 • Oklahoma has argued that the drugmaker's marketing of painkillers contributed to thousands of overdose deaths and other harms in the state and is asking for a multibillion-dollar award. 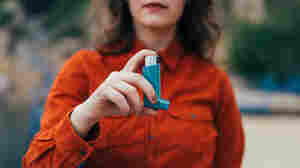 Among patients age 12 and older in a study of people with mild, persistent asthma, more than half did just as well, or better, on a placebo as they did on a steroid inhaler used twice per day to prevent symptoms. hsyncoban/Getty Images hide caption

August 26, 2019 • Many of the 26 million Americans with asthma use a low-dose steroid inhaler daily to prevent symptoms. But a recent study raises questions about this strategy for people with mild, persistent asthma. 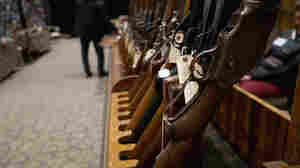 Rows of guns for sale were on display at the Vernal Knife and Gun Show in northeastern Utah, where firearms are imbued in the culture. Erik Neumann/KUER hide caption

In Rural Utah, Preventing Suicide Means Meeting Gun Owners Where They Are

August 26, 2019 • In Utah, 85% of deaths from firearms are suicides. To help people who might be vulnerable, outreach workers are discussing suicide prevention at gun shows and firearms classes.

In Rural Utah, Preventing Suicide Means Meeting Gun Owners Where They Are