Can Potatoes Give Your Health A Boost? A Chemist Thinks So

August 31, 2011 • Potatoes may lower blood pressure if they're cooked right, according to new research. Beneficial compounds in potatoes may survive microwaving better than deep-frying. And avoiding the extra fat may make the weight gain linked to potatoes in other studies less likely.

Odds Of Drinking A Soda Are A Coin-Flip For Americans

August 31, 2011 • Chance are good that you consumed something sugary (or high fructose corn syrupy) in the last day. On any particular day, half the people in the U.S. drink a soda, fruit or sports drink, or similar calorie-rich beverage. 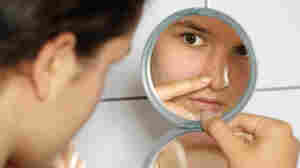 Nearly all teenagers get acne at some point, usually after puberty switches their oil glands into high gear. Ron Sumners/iStockphoto.com hide caption

Lots Of Acne Treatments, But Scant Evidence For Which Ones To Choose

August 31, 2011 • Researchers say that little is known about how well products to treat acne compare against each other. That means that dermatologists could be prescribing the wrong treatments to some patients.

August 31, 2011 • In the last two decades, neonatal mortality rates have declined. But in eight countries, including five in Africa, the rates have climbed. Overall, 41 percent of deaths in kids under five now happen during the period soon after birth. 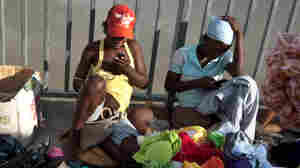 Two women check their cellphones as they hawk their wares on a bridge over the Artibonite River, whose waters are believed to be the source of Haiti's 2010 cholera outbreak. Nicholas Kamm/AFP/Getty Images hide caption

Cellphones Can Stem An Unfolding Epidemic

August 31, 2011 • Researchers tracked the movements of cellphone users through their SIM cards in Haiti during the cholera epidemic. Their study shows that cellphone data could help doctors and others better provide relief during a disaster or epidemic.

Cellphones Could Help Doctors Stay Ahead Of An Epidemic

A Remnant From Algae In Malaria Parasite May Prove Its Weakness

August 30, 2011 • Scientists say a new finding may help them design or look for specific kinds of drugs that inhibit a critical chemical for the malaria parasite.

A Remnant From Algae In Malaria Parasite May Prove Its Weakness

August 30, 2011 • The panel, which was asked by President Obama to investigate the Guatemala study in October 2010, came to the conclusion after learning that the researchers had conducted similar research with American prisoners in 1943 but had given them the chance to make informed consent.

August 30, 2011 • Two economists doubt accountable care organizations, a key tool for improving costs and quality under the federal health overhaul, will be able to temper the medical system's lust for the latest expensive technology. Costs and quality of care are are at stake.

Lung Cancer Pill Holds Promise For Those Who Pass Test

August 30, 2011 • Only people with lung cancer that tests positive for a particular genetic variation are candidates for treatment with Pfizer's twice-a-day cancer pill called Xalkori. Most of those who qualified in clinical tests saw dramatic shrinkage of their tumors.

August 29, 2011 • A new poll finds that only half of uninsured people are aware that help is on the way from the federal health overhaul. Fewer than a third say they think the law will help them obtain health insurance.

Even If Chocolate Doesn't Ward Off Heart Disease, It's Still Yummy

August 29, 2011 • Chocolate still isn't proven to prevent heart disease, stroke, and diabetes. But people who eat a lot of it are less likely to have those health problems, according to a new study in the British Medical Journal. The fat and sugar in chocolate treats may negate any health benefits in chocolate.

August 29, 2011 • The United Nations' Food and Agriculture Organization warned of a "possible major resurgence" of H5N1 influenza, including a mutant virus that appears to be unfazed by available vaccines.

Pediatricians Put The Kibosh On Boxing For Kids 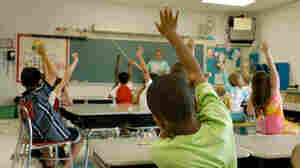 Think You're An Auditory Or Visual Learner? Maybe Not

August 29, 2011 • Researchers say there's no evidence to support the widely held belief that there are distinct visual, auditory and kinetic learning styles. Though an industry has sprung up around the idea, psychologists recommend other approaches to help kids retain information.

Think You're An Auditory Or Visual Learner? Scientists Say It's Unlikely 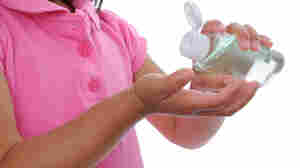 Researchers have found that when bottles of sanitizer and wipes were kept around schools and students were cued to use them, they ended up missing significantly fewer days due to stomach bugs. /iStockphoto.com hide caption

Simple Things To Do To Lessen Back-To-School Stomach Bugs

August 29, 2011 • When it comes to packing lunches for school, keeping hands and counters clean is probably the most important tip. Also, putting a bottle of hand sanitizer in kids' backpacks is a good idea.

Simple Things To Do To Lessen Back-To-School Stomach Bugs