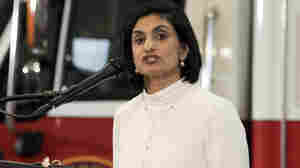 "As deductibles rise, patients have the right to know the price of health care services so they can shop around for the best deal," says Seema Verma, who heads the Centers for Medicare & Medicaid Services and announced the Trump administration's plan this week. Kevin Wolf/AP hide caption

July 31, 2019 • The administration's rules would require hospitals to provide far more detail about the actual prices they charge insurers for medical care. Would patients welcome the data, or feel overwhelmed? 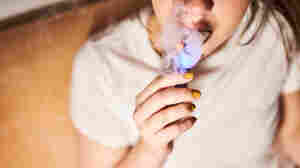 Airway-irritating acetals seem to form in some types of vape juice even without heat, researchers find — likely a reaction between the alcohol and aldehydes in the liquid. Gabby Jones/Bloomberg via Getty Images hide caption

Irritating Compounds Can Show Up In 'Vape Juice'

July 30, 2019 • Among the possibly harmful compounds are "acetals," which form when some ingredients combine on the shelf, researchers say, and can inflame airways when inhaled. 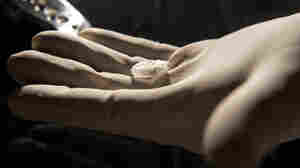 A rock of crystal methamphetamine lifted from a suspect in Orange County, Calif. This fall, the Centers for Disease Control and Prevention expects to begin collecting more local information about the rising use of meth, cocaine and other stimulants. Leonard Ortiz/Getty Images hide caption

Seizures Of Methamphetamine Are Surging In The U.S.

July 29, 2019 • The amount of meth seized in the U.S. more than doubled from 2017 to 2018. That translates to lots more meth, along with cocaine and other stimulants, on the streets — and likely more deaths.

Seizures Of Methamphetamine Are Surging In The U.S. 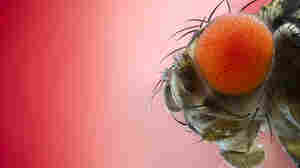 It may plague your summer peaches and plums, but the fruit fly is "one of the most important animals" in medical research, says conservationist Anne Sverdrup-Thygeson. Sefa Kaya/500px Prime/Getty Images hide caption

July 29, 2019 • The decline of Earth's insect population may have serious consequences for humans, says scientist Anne Sverdrup-Thygeson. Insects are the world's janitors, as well as pollinators and a food source. 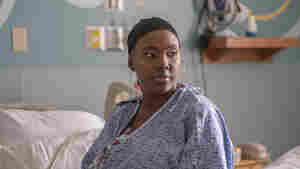 Gray was diagnosed with sickle cell disease when she was an infant. She was considering a bone marrow transplant when she heard about the CRISPR study and jumped at the chance to volunteer. Meredith Rizzo/NPR hide caption

In A 1st, Doctors In U.S. Use CRISPR Tool To Treat Patient With Genetic Disorder

July 29, 2019 • Victoria Gray, 34, of Forest, Miss., has sickle cell disease. She is the first patient ever to be publicly identified as being involved in a study testing the use of CRISPR for a genetic disease.

In A 1st, Doctors In U.S. Use CRISPR Tool To Treat Patient With Genetic Disorder 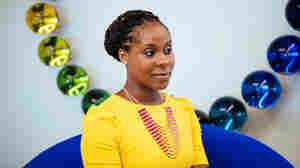 Altovise Ewing, who has a doctorate in human genetics and counseling, now works as a genetic counselor and researcher at 23andMe, one of the largest direct-to-consumer genetic testing companies, based in Mountain View, Calif. Karen Santos for NPR hide caption

July 27, 2019 • They work with patients to decide when genetic testing is appropriate, interpret test results and counsel families on the ways hereditary diseases might impact them. A trusting relationship is key. 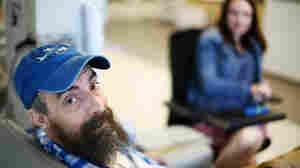 July 26, 2019 • This week, NPR profiled a Montana man who was billed nearly half a million dollars for 14 weeks of dialysis, after being caught in a dispute between insurer and the dialysis provider. Now he owes $0. 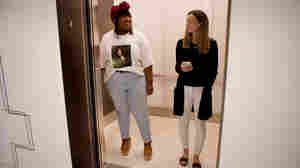 The mood boost of talking to strangers may seem fleeting, but the research on well-being, scientists say, suggests that a happy life is made up of a high frequency of positive events. Even small positive experiences — chatting with a stranger in an elevator — can make a difference. Olivia Falcigno/NPR hide caption

Want To Feel Happier Today? Try Talking To A Stranger

July 26, 2019 • Happiness, says one researcher, is the sum of many positive moments throughout the day. Something as simple as a friendly chat in the elevator can boost your mood. So put down your phone and try it. 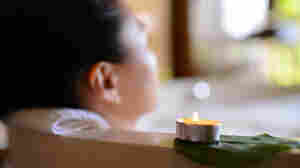 Sleep scientists say the power of a warm bedtime bath to trigger sleepiness likely has to do, paradoxically, with cooling the body's core temperature. PhotoTalk/Getty Images hide caption

July 25, 2019 • Research suggests a warm bath or shower an hour or two before bedtime can help you unwind and fall asleep faster. Why? It will help lower your core temperature, and that's a circadian sleep signal. 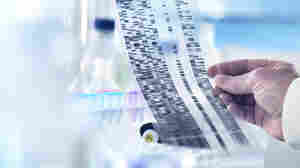 July 25, 2019 • Scientists hoping to get more diversity of ancestry among medical research volunteers need to grapple with the history of medical exploitation, says a Columbia University bioethicist. 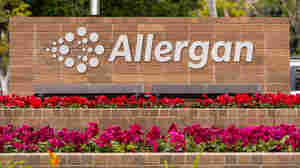 July 24, 2019 • The Food and Drug Administration, which requested the recall, is not recommending that people who already have Allergan's Biocell implants get them removed unless there are symptoms or problems. 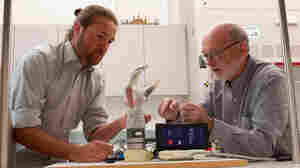 University of Utah doctoral student Jacob George, left, and associate professor Greg Clark examine the LUKE arm that they use for their experiments. A man who lost his lower arm in an electrical accident was able to experience some sense of touch and fine motor control with his grip while using the experimental device. Dan Hixson/University of Utah College of Engineering hide caption

Improved Prosthetic Hand Has A Lighter Touch And Easy Grip

July 24, 2019 • There's still much research to be done before the device is routinely useful. But one man was able to use it to gently grasp his wife's hand and feel her touch — an emotional moment, he says. 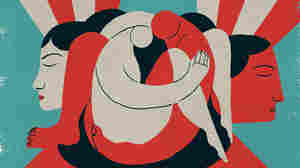 How To Help Your Anxious Partner — And Yourself

July 24, 2019 • Anxiety can be consuming, and it doesn't have an easy solution. But psychiatrists and therapists say there are ways to help your partner navigate their challenges while also taking care of yourself. 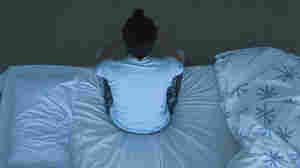 Different parts of the brain aren't always in the same stage of sleep at the same time, notes neurologist and author Guy Leschziner. When this happens, an individual might order a pizza or go out for a drive — while technically still being fast asleep. Frederic Cirou/PhotoAlto/Getty Images hide caption

From Insomnia To Sexsomnia, Unlocking The 'Secret World' Of Sleep

July 23, 2019 • Neurologist Guy Leschziner, author of The Nocturnal Brain, says the brain can be in different sleep stages at once — which explains why people sometimes walk, eat and even have sex when sleeping.

From Insomnia To Sexsomnia, Unlocking The 'Secret World' Of Sleep 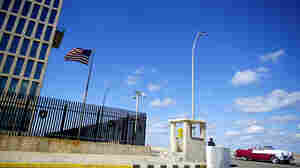 In 2016, dozens of people associated with the U.S. Embassy in Havana began reporting symptoms of what became known as "Havana syndrome." Alexandre Meneghini/Reuters hide caption

Brain Scans Find Differences But No Injury In U.S. Diplomats Who Fell Ill In Cuba

July 23, 2019 • Advanced MRI scans of 40 embassy workers who developed health problems in Havana found no evidence to support claims that they were attacked or suffered brain injuries.

Brain Scans Find Differences But No Injury In U.S. Diplomats Who Fell Ill In Cuba