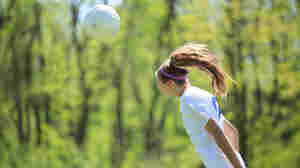 Heading May Be Riskier For Female Soccer Players Than Males

July 31, 2018 • Females are more likely than males to suffer measurable impact on their brains as a result of heading the ball during soccer. 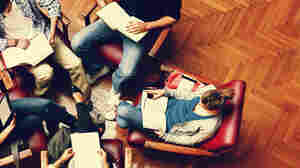 With financial aid declining, many college students can't afford to eat, studies show, even though about 40 percent are also working. Nearly 1 in 4 college students are parents, which can add to their financial stress. franckreporter/Getty Images hide caption

For Many College Students, Hunger 'Makes It Hard To Focus'

July 31, 2018 • With rising school costs, as many as half of U.S. college students are feeling so stretched financially that they either aren't getting enough to eat or they're worried about it, studies find. 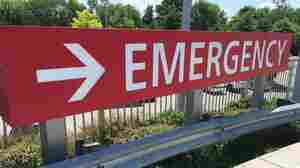 When Doctors Struggle With Suicide, Their Profession Often Fails Them

July 31, 2018 • Doctors are far more likely to die by suicide than the rest of us. Some medical professionals are working to change that.

When Doctors Struggle With Suicide, Their Profession Often Fails Them 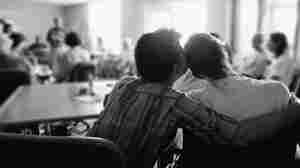 Good hospice care at the end of life can be a godsend to patients and their families, all agree, whether the care comes at home, or at an inpatient facility like this AIDS hospice. Still, oversight of the industry is important, federal investigators say. Bromberger Hoover Photography/Getty Images hide caption

July 31, 2018 • Medicare pays more than $16 billion a year for hospice services. But a new report from the Department of Health and Human Services says hospice patients don't always get the care they're promised. 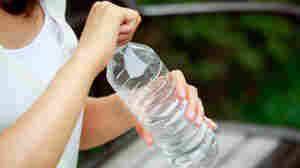 Unless you replenish fluids, just an hour's hike in the heat or a 30-minute run might be enough to get mildly dehydrated, scientists say. RunPhoto/Getty Images hide caption

Off Your Mental Game? You Could Be Mildly Dehydrated

Off Your Mental Game? You Could Be Mildly Dehydrated 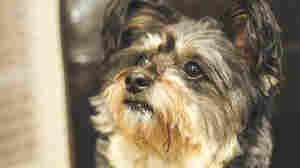 Mika, a pomeranian and poodle mix, ponders his genetic destiny: To test or not to test? /Pearl Mak for NPR hide caption

Questions Rise About Shortcomings Of DNA Tests For Dogs

July 28, 2018 • DNA testing of dogs has become a booming business. But critics say the pet genetics industry is running too wild, and they're calling for it to be reined in. 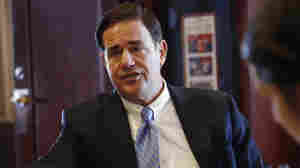 Republican Gov. Doug Ducey speaks about a variety of issues during an interview in his office at the Arizona Capitol in May 2018, in Phoenix. Ross D. Franklin/AP hide caption

July 27, 2018 • After an investigation by the Center for Public Integrity and NPR into conflicts of interest in Medicaid decisions about drugs, Arizona's governor added new transparency rules. 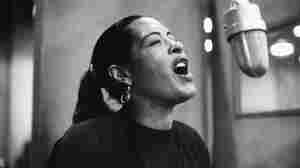 How The Brain Helps You Sing Or Say What You Mean

July 27, 2018 • The richness of human vocal communication turns partly on our ability to control pitch, scientists say. Consider the difference you hear between "Let's eat, Grandma" and "Let's eat Grandma." 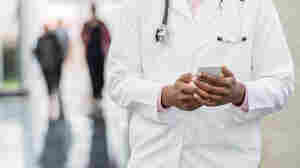 Medicare's proposed changes to doctors' compensation will reduce paperwork, physicians agree. But at what cost to their income? andresr/Getty Images hide caption

July 27, 2018 • The Trump administration says its plan to overhaul the way Medicare pays doctors will save physicians time and paperwork. But critics worry the changes will hurt patients' care and doctors' income. 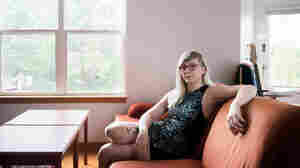 Wren Vetens was promised a significant discount on the cost of her gender-confirmation surgery if she paid in cash upfront, without using her health insurance. Yet afterward, Vetens received an explanation of benefits saying the hospital had billed her insurer nearly $92,000. Lauren Justice for KHN hide caption

Bill Of The Month: A Plan For Affordable Gender-Confirmation Surgery Goes Awry

July 26, 2018 • A young grad student worked out a way to pay for life-changing gender-confirmation surgery. But she still had to fight to resolve a billing discrepancy that ran into the tens of thousands of dollars.

Bill Of The Month: A Plan For Affordable Gender-Confirmation Surgery Goes Awry 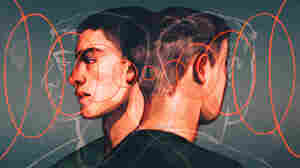 Marines Who Fired Rocket Launchers Now Worry About Their Brains

July 25, 2018 • The military is trying to figure out whether troops can sustain brain injuries from firing certain powerful weapons. Two Marines who used to shoot these weapons think they already know.

Marines Who Fired Rocket Launchers Now Worry About Their Brains 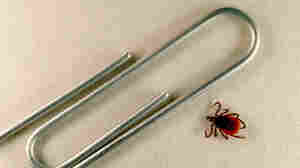 A blacklegged tick like this one can be hard to spot. Scott Camazine/Science Source hide caption

July 24, 2018 • The chance of catching Lyme disease from an individual tick ranges from zero to roughly 50 percent. Three factors matter: the tick species, where it came from and how long the tick was feeding. 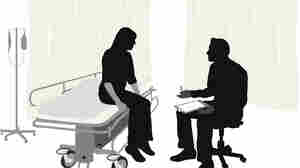 Training on how to spot human trafficking is given not only to doctors and nurses but also to registration and reception staff, social workers and security guards. A-Digit/Getty Images hide caption

July 24, 2018 • Many people forced into labor or the sex trade seek medical help at some point, and health care workers are being trained to identify them and to offer assistance. 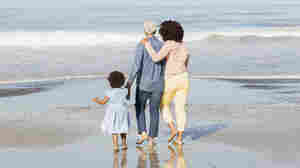 Having more than one child is associated with a lower risk of Alzheimer's, research finds, as is starting menstruation earlier in life than average and menopause later. Ronnie Kaufman/Blend Images/Getty Images hide caption

Hormone Levels Likely Influence A Woman's Risk Of Alzheimer's, But How?

July 23, 2018 • Scientists are taking a second look at the idea that hormone replacement therapy could reduce a woman's risk of dementia. New research suggests the key may be in giving it at the right time.

Hormone Levels Likely Influence A Woman's Risk Of Alzheimer's, But How? 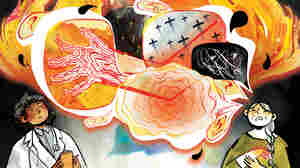 Describing how pain affects your daily activities may be more effective than the standard pain scale. Lynn Scurfield for NPR hide caption

Words Matter When Talking About Pain With Your Doctor

July 23, 2018 • When you go to the doctor in pain, you'll probably be asked to rate your discomfort on a scale of 0 to 10. But doctors say there may be a better way to assess pain.

Words Matter When Talking About Pain With Your Doctor