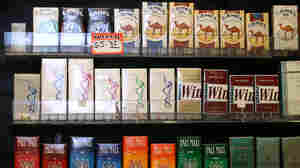 Amid Smoking Decline, Look Who's Still Lighting Up

July 31, 2014 • Analysts say the merger of Reynolds American and Lorillard is driven by the changing demographics of smoking. But the lower smoking rate masks a more complex and varied pattern of cigarette usage.

Amid Smoking Decline, Look Who's Still Lighting Up 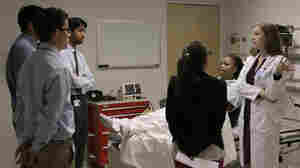 Hospitals Fight Proposed Changes In The Training Of Doctors

July 31, 2014 • The Institute of Medicine this week urged Congress to allocate to community clinics more of the $15 billion it spends annually on training new doctors. But hospitals say that's the wrong prescription. 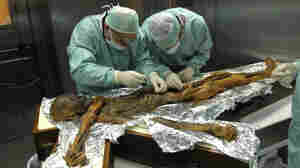 What Somebody's Mummy Can Teach You About Heart Disease

July 31, 2014 • Mummies from Ancient Egypt, Peru and the U.S. all show signs of hardened arteries. But why? Researchers say bad hygiene, open hearths and maybe some deeply ingrained genetic factors were to blame. 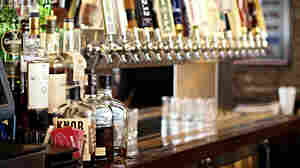 How much is too much? Robert S. Donovan/Flickr hide caption

July 30, 2014 • One study suggests middle-aged adults with a history of problem drinking may be twice as likely to develop serious memory issues as the years wear on. 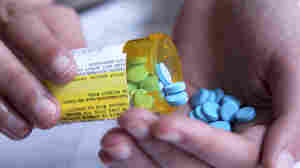 California's Board of Pharmacy is considering requiring all pharmacies in the state to provide bilingual labels on prescription medicines. Basecamp Imaging/iStockphoto hide caption

July 30, 2014 • Adding a translation to the English label would require bigger bottles, pharmacists say. They worry patients would wind up carrying a few pills around loose — without any instructions at all. 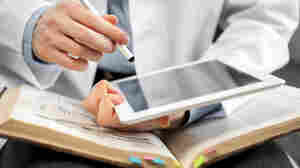 Report Says Big Changes Are Needed In How Doctors Are Trained

July 29, 2014 • We spend $15 billion a year training doctors but end up with a medical workforce that doesn't meet the nation's health care needs, according to an Institute of Medicine Report. 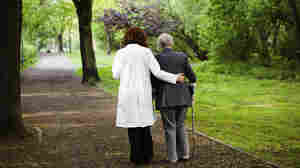 Patients who get the comforts of palliative care as well as disease treatment live longer, studies show, than those who only get treatment for the disease. Annette Birkenfeld/iStockphoto hide caption

Getting Hospice Care Shouldn't Have To Mean Giving Up

July 29, 2014 • Medicare is trying a different approach in one experiment: Some hospice patients will still be able to get treatments aimed at prolonging life. 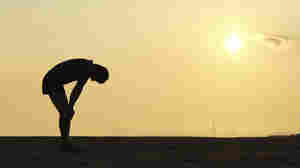 Some marathons are warning runners when conditions increase the risk of heatstroke. iStockphoto hide caption

Athletes Should Fear The Heat More Than The Heart Attack

July 29, 2014 • It's hard not to worry about heart problems when running hard in hot weather. But heatstroke is a far bigger health risk, researchers say. Marathon organizers are trying to make races safer. 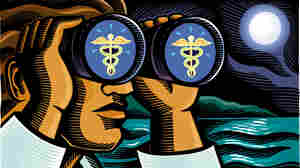 Medicare's Costs Stabilize, But Its Problems Are Far From Fixed

July 28, 2014 • Medicare's trust fund is projected to have money until 2030, four years longer than predicted last year. But the fund that pays for disability benefits could run dry just two years from now. 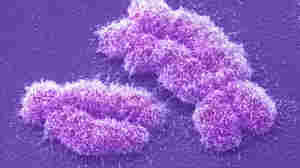 With Men's Y Chromosome, Size Really May Not Matter

July 28, 2014 • The string of genes that make a man a man used to be much bigger, and some geneticists say it may be wasting away. Back off, others say. Y has been stable — and crucial — for millennia.

With Men's Y Chromosome, Size Really May Not Matter 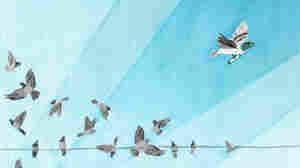 People Who Feel They Have A Purpose In Life Live Longer

July 28, 2014 • Do you feel like you wander aimlessly through life, or is there a reason you're here? Psychologists say people with a sense of purpose may stress out less. Or they may lead healthier lives.

People Who Feel They Have A Purpose In Life Live Longer 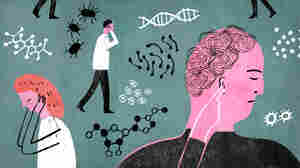 Why We Think Ignorance Is Bliss, Even When It Hurts Our Health

July 28, 2014 • People sometimes avoid information because they're afraid of bad news. But this "information aversion" can lead people to avoid medical tests that could save their lives.

Why We Think Ignorance Is Bliss, Even When It Hurts Our Health 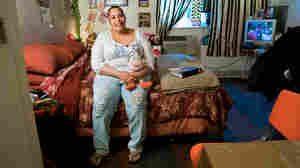 Lissette Encarnacion in her apartment at The Brook, a supportive housing complex in the New York City borough of the Bronx. Natalie Fertig/WNYC hide caption

July 28, 2014 • Offering a homeless person an apartment with access to a doctor and social services may be cheaper than paying for emergency room visits and jail or shelter stays. But should Medicaid help with rent? 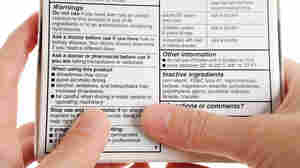 How Well Does A Drug Work? Look Beyond The Fine Print

July 25, 2014 • A husband and wife who are doctors have been working on fact boxes for drugs that, like nutrition labels for foods, would more concisely convey a medicine's benefits and risks.

How Well Does A Drug Work? Look Beyond The Fine Print 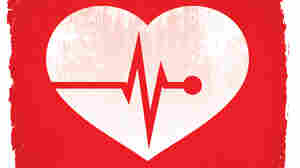 When weighing the risk of heart disease, how the numbers are presented to patients can make all the difference. iStockphoto hide caption

For Better Treatment, Doctors And Patients Share The Decisions

For Better Treatment, Doctors And Patients Share The Decisions