When the cancer clinic at Mercy Hospital Fort Scott closed in January, Karen Endicott-Coyan and other cancer patients had to continue their treatments out of town. Christopher Smith for Kaiser Health News hide caption

Have Cancer, Must Travel: Patients Left In Lurch After Town's Hospital Closes

June 29, 2019 • As the rural town of Fort Scott, Kan., grapples with the closure of its hospital, cancer patients bear a heavy burden. They now have to go elsewhere for treatments they used to get locally.

Have Cancer, Must Travel: Patients Left In Lurch After Town's Hospital Closes 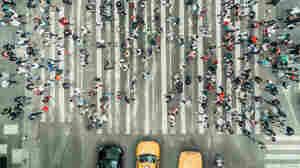 Researchers compared Americans' health status today with that of 25 years ago and found that health is worsening among lower-income Americans. Orbon Alija/Getty Images hide caption

The Gap Between Rich And Poor Americans' Health Is Widening

June 28, 2019 • Health inequities are getting worse, according to new research. Factors like income, race and gender are playing a larger role in health outcomes than they did 25 years ago. 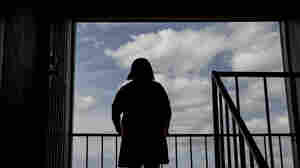 An employee at a Methodist University Hospital is being sued by her employer for unpaid medical bills incurred before they hired her. Andrea Morales for MLK50 hide caption

June 28, 2019 • A nonprofit hospital network in Memphis has taken its own workers to court over unpaid medical bills. Some of them earn as little as $12.25 an hour but still see their wages garnished. A New Way To Test For Signs Of Consciousness In Unresponsive, Brain-Injured Patients

June 27, 2019 • Scientists are investigating a better test of consciousness in brain-injured patients. If it becomes widely available, it could help with agonizing decisions about withdrawal of life support. 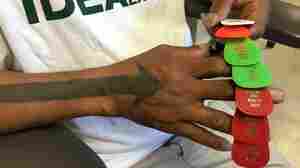 During one of his visits to the needle exchange van in Miami, Arrow was referred to inpatient drug treatment. Here, he displays keyrings marking milestones of his sobriety. Sammy Mack/WLRN hide caption

June 27, 2019 • Florida has struggled for years with opioid overdoses — and the highest rate of HIV infection in the U.S. Lawmakers now hope needle exchanges and a "harm reduction" approach could help save lives. 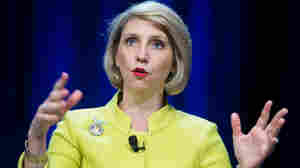 Dr. Rebekah Gee, secretary of the Louisiana Department of Health, negotiated a deal with a drugmaker to get the state a better price for expensive hepatitis C medications for its Medicaid and prison populations. Tom Williams/CQ-Roll Call Inc. hide caption 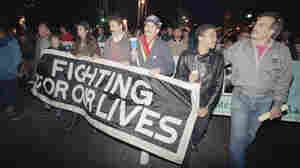 Marchers at a candlelight vigil in San Francisco, Calif., carry a banner to call attention to the continuing battle against AIDS on May 29, 1989. The city was home to the nation's first AIDS special care unit. The unit, which opened in 1983, is the subject the documentary 5B. Jason M. Grow/AP hide caption

June 26, 2019 • A new documentary tells the story of America's first inpatient unit dedicated to the care of people with AIDS. Nurse Cliff Morrison helped create 5B in 1983, and worked on it with Dr. Paul Volberding. 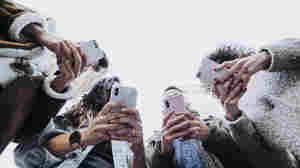 Poll: Americans Say We're Angrier Than A Generation Ago

June 26, 2019 • The latest NPR-IBM Watson Health poll found that 29% of people said they were often angry when checking the news. Another 42% said the news sometimes made them angry. 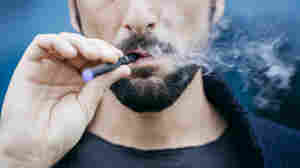 June 25, 2019 • San Francisco supervisors say they need to protect kids and teens from becoming addicted to nicotine. The dominant vaping company, Juul, is headquartered in the city and hopes to overturn the ban. 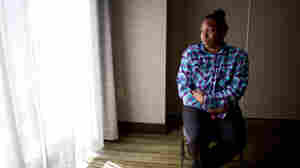 Daisha Smith says she only realized she had been sued over her hospital bill when she saw her paycheck was being garnished. "I literally have no food in my house because they're garnishing my check," she says. Olivia Falcigno/NPR hide caption

When Hospitals Sue For Unpaid Bills, It Can Be 'Ruinous' For Patients

June 25, 2019 • When patients can't afford to pay their medical bills, many hospitals offer a payment plan — or free or discounted care. But some try to collect by suing patients and garnishing their wages.

When Hospitals Sue For Unpaid Bills, It Can Be 'Ruinous' For Patients 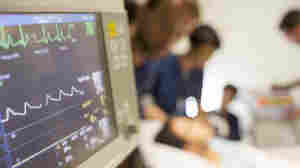 Trump's Plan To Lower Your Hospital Costs: Here's What You Need To Know

June 24, 2019 • A broad executive order issued Monday is supposed to help consumers get better estimates of health care costs. But whether it will be a game-changer depends on the details, health care analysts say.

June 24, 2019 • San Francisco is on the verge of a vote that would ban the sale and distribution of e-cigarettes. The vaping company, Juul, is based there, but city leaders say they need to protect teenagers. 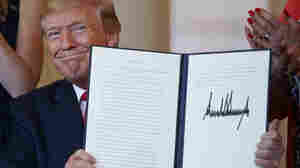 The executive order on drug price transparency that President Trump signed Monday doesn't spell out specific actions; rather, it directs the department of Health and Human Services to develop a policy and then undertake a lengthy rule-making process. Carolyn Kaster/AP hide caption

June 24, 2019 • President Trump is issuing an executive order intended to force hospitals to disclose prices. A lot of work remains to turn this order into a regulation, and the industry is resisting the move. 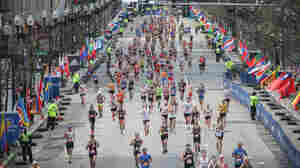 Researchers studied the gut microbes of runners from the Boston Marathon, isolating one strain of bacteria that may boost athletic performance. Nicolaus Czarnecki/Boston Herald via Getty Images hide caption

Could A Microbe Boost Athletic Performance?

June 24, 2019 • Researchers identified a strain of bacteria that flourishes in the guts of athletes after exercise. When transferred to mice, it gave a big boost in endurance. Could runners' probiotics be on the way? 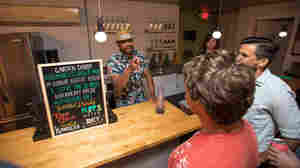 Breaking The Booze Habit, Even Briefly, Has Its Benefits

June 23, 2019 • Tens of thousands of Instagram followers can't be wrong: Curiosity about the sober life is trending. Scientists say cutting out alcohol can improve your sleep and blood pressure, and help your liver.

Breaking The Booze Habit, Even Briefly, Has Its Benefits