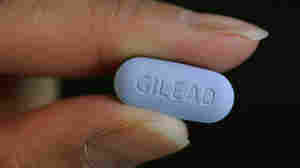 Gilead Sciences makes Truvada, a medicine known generically as "pre-exposure prophylaxis," or PrEP. Consistent, daily doses of the drug are thought to reduce the risk of getting HIV from sex by more than 90 percent. Paul Sakuma/AP hide caption June 29, 2018 • Several states are considering requiring that Medicaid recipients work to maintain their health coverage. In Kentucky, one such requirement has been stalled in court. June 29, 2018 • After surgery for separate hand injuries, a father and son endured lengthy occupational therapy, which their insurer considered to be an alternative treatment. The family owed more than $8,500. 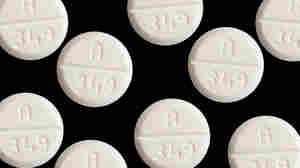 Opioid-Makers Cut Back On Marketing Payments To Doctors

June 28, 2018 • ProPublica found that drugmakers spent less to market opioids to doctors in 2016 than in prior years. Studies have shown that payments to doctors are linked to more prescriptions for the drugs. 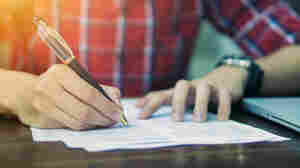 If you own a small business, a new rule governing association health plans could mean a more affordable health insurance option. But there are some limitations. Asawin Klabma/EyeEm/Getty Images hide caption 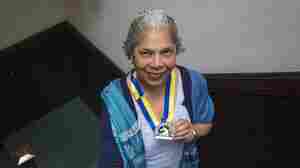 "If my life were to end next week ... I want to feel like I have made a contribution," said Carol Martin, seen here holding her 2018 Boston Marathon medal. Jesse Costa/WBUR hide caption

What Can Cancer Specialists Learn From Patients Who Beat All The Odds?

June 27, 2018 • A Harvard Medical School project aims to become the first national registry for exceedingly rare cancer patients who respond mysteriously well to treatments that failed to help others. 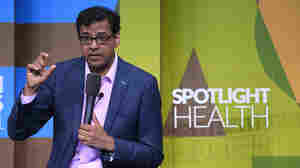 Atul Gawande's Aim For Health Care: 'Make It Simpler To Do The Right Thing'

June 26, 2018 • The doctor and health care critic hopes to design a better system for more than 1 million workers at Amazon, Berkshire Hathaway and JPMorgan Chase. Data-driven solutions can improve outcomes, he says. 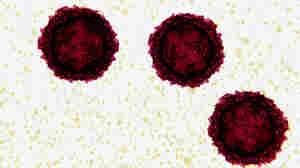 Poliovirus, long a scourge, has been modified by Duke University researchers for experimental use as a brain cancer treatment. Juan Gaertner/Science Source hide caption

June 26, 2018 • Duke University researchers say some patients with brain cancer survived long after receiving treatment with a weakened poliovirus. But the response rate was limited and there were side effects. 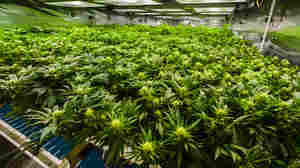 A drug made from a derivative of marijuana has been approved for patients with certain forms of epilepsy. Blaine Harrington III/Getty Images hide caption

June 25, 2018 • For the first time, the FDA has approved a drug containing CBD, an extract of marijuana. This move could pave the way for more research into medical uses for the marijuana extract. 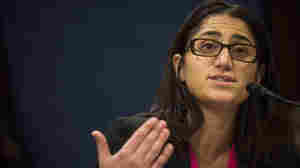 June 25, 2018 • After warning of elevated lead levels in her patients in Flint, Mich., Dr. Mona Hanna-Attisha faced a backlash: "The state said that I was an unfortunate researcher, that I was causing near-hysteria." 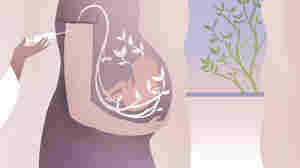 A vaccine given during pregnancy protects the baby against whooping cough, but only about 50 percent of pregnant women get it. Nicole Xu for NPR hide caption

Pregnant Women: Avoid Soft Cheeses, But Do Get These Shots

June 25, 2018 • Doctors want to remind moms to get certain vaccines while pregnant. Whooping cough in particular can be deadly for newborns, but only about 50 percent of pregnant women get the vaccine.

Pregnant Women: Avoid Soft Cheeses, But Do Get These Shots 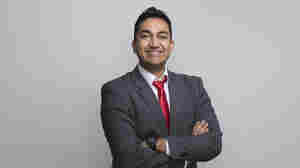 Dr. Vinay Prasad is 35 and an assistant professor of medicine at Oregon Health and Science University in Portland, where he researches health policy, the high cost of drugs and evidence-based medicine. He has more than 21,000 followers on Twitter. Marvin Joseph/The Washington Post via Getty Images hide caption

Tweeting Oncologist Draws Ire And Admiration For Calling Out Hype

June 24, 2018 • A young cancer doctor uses social media to skewer what he sees as overblown claims for "precision medicine." That doesn't make him hugely popular at cancer research meetings.

Tweeting Oncologist Draws Ire And Admiration For Calling Out Hype 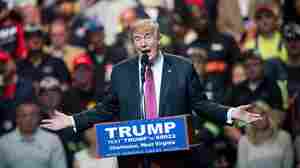 June 23, 2018 • Counties with higher rates of opioid use skewed heavily Republican in the 2016 election. What role did the opioid epidemic play in President Trump's victory? 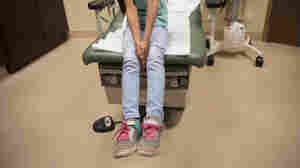 A young girl waits for care in a medical clinic. A growing number of citizen children of immigrant parents are losing out on Medicaid because their parents fear deportation. Jonathan Kirn/Getty Images hide caption

Fearing Deportation, Some Immigrants Opt Out Of Health Benefits For Their Kids

June 22, 2018 • A growing number of American children are losing out on Medicaid — and other programs — because their parents are undocumented immigrants and fear detainment and deportation.

Fearing Deportation, Some Immigrants Opt Out Of Health Benefits For Their Kids Hepatitis C virus is typically transmitted through blood, but an infected person who spits at someone can run afoul of the law in some jurisdictions. James Cavallini/Science Source hide caption

Laws That Criminalize Spread Of Infectious Diseases Can Increase Their Stigma

June 22, 2018 • About a dozen states have added hepatitis C to the list of medical conditions for which people can face criminal prosecution if they knowingly engage in activities that could spread the disease.