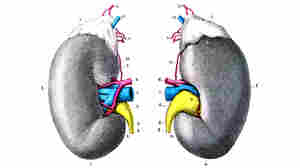 June 30, 2015 • Not all doctors are convinced that the preferred point of connection for patients to blood-cleaning dialysis machines is always the best. 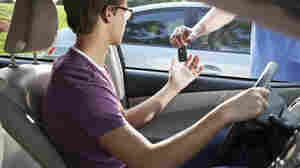 June 30, 2015 • Graduated driver's licenses that impose restrictions like no driving at night have reduced crashes and deaths. But it looks like putting a learner sticker on teens' license plates doesn't help. 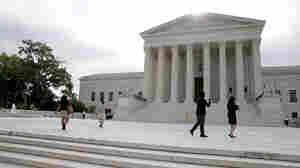 June 30, 2015 • Abortion providers and foes react to the Supreme Court's action that will allow 10 abortion clinics in Texas to remain open until a state law that would close them can be fully reviewed by the court. 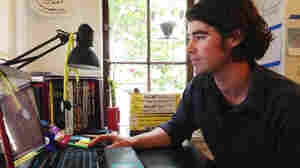 June 29, 2015 • The results are coming in for the first medical school candidates who took a revamped exam that includes a wider range of subjects, including psychology and sociology. 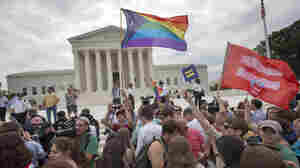 The crowd reacts as the ruling on same-sex marriage was announced outside of the Supreme Court in Washington, D.C., Friday. Jacquelyn Martin/AP hide caption

June 29, 2015 • Many companies are expected to expand coverage to same-sex spouses if they already offer benefits to opposite-sex spouses. But the recent Supreme Court decision doesn't require them to do so. 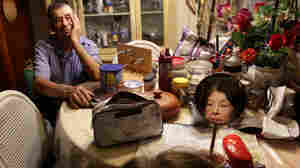 Can Technology Ease The Burden Of Caring For People With Dementia?

June 29, 2015 • Things like activity trackers and sensors might make it easier to keep people with dementia safe and help caregivers. Researchers are going to test that idea in the real world.

Can Technology Ease The Burden Of Caring For People With Dementia? 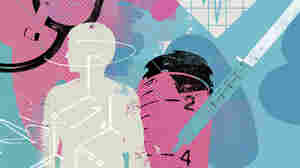 Vaccine Against Meningitis B Gets A Boost From CDC

June 29, 2015 • A federal health advisory committee now says everyone aged 16 to 23 should talk to a doctor about whether they need to get immunized against a rare but dangerous strain of meningitis.

Vaccine Against Meningitis B Gets A Boost From CDC 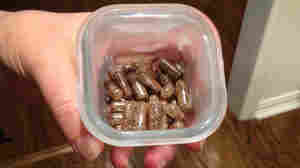 Texas Defends A Woman's Right To Take Her Placenta Home

June 28, 2015 • Texas now explicitly allows the placenta to be taken home after giving birth in a hospital. It came about at the urging of people who feel consuming dried and encapsulated placenta helps new mothers.

Texas Defends A Woman's Right To Take Her Placenta Home 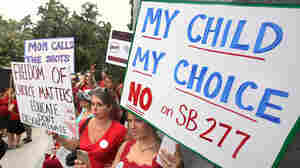 Parents rally against SB 277, a California measure requiring schoolchildren to get vaccinated, outside the Capitol in Sacramento, Calif. Rich Pedroncelli/AP hide caption

June 27, 2015 • California lawmakers have decided to tighten the criteria for parents to opt out of vaccinating their children. But some parents resent officials telling them how to care for their children. 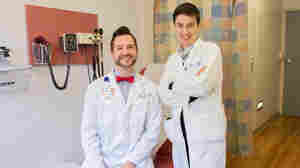 Nephrologist Mitchell Lunn (left) and OB-GYN Juno Obedin-Maliver want to hear about the health issues on the minds of members the LGBTQ community. Susan Merrell/Courtesy of UCSF hide caption

June 26, 2015 • Researchers at University of California, San Francisco, are looking to an app for help in collecting health information from people who identify as lesbian, gay, bisexual, transgender and queer. 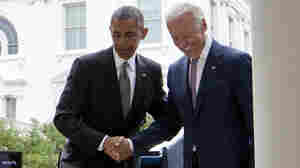 June 26, 2015 • The Supreme Court ruling affirming the legality of insurance subsidies for all eligible low-income Americans regardless of where they live clears up one big question. But there are others. 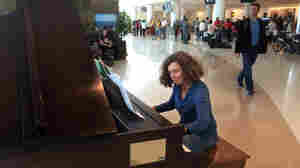 June 26, 2015 • Most people suffer stage fright when speaking or performing in front of a group. One pianist found she could manage the anxiety if she practiced often for an audience, even at the airport. 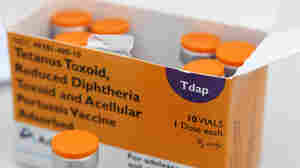 A box of vaccine vials sits on a table during a Solano County health fair in 2010 in Vallejo, Calif. Justin Sullivan/Getty Images hide caption

June 25, 2015 • If the bill passes out of the Legislature, the bill would then move to the desk of Gov. Jerry Brown. He hasn't indicated whether he'll sign the bill. 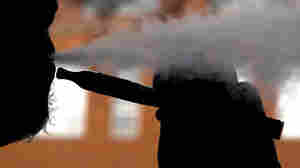 E-cigarettes are marketed as a safer way to inhale nicotine, but the evidence remains unclear on benefits and harms. Nam Y. Huh/AP hide caption

With More People Quitting Smoking, Do We Need E-Cigarettes?

June 25, 2015 • It's easy to think that hardcore smokers will never quit, and thus e-cigarettes without the smoke is a better alternative. The changing demographics of smoking suggests otherwise, a study finds. 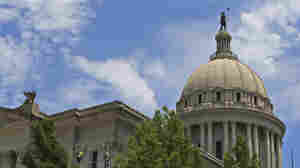 The Oklahoma State Capitol is one of many legal battlegrounds that remain for the Affordable Care Act. Sue Ogrocki/AP hide caption

Statehouse Fights Over Obamacare To Rage On Despite Supreme Court Decision

June 25, 2015 • Bills to advance or cripple the federal health law in statehouses didn't come to a halt in the months that lawmakers awaited the Supreme Court decision. They may well smolder for months or years.