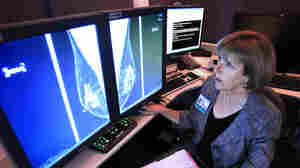 Karen Lindsfor, a professor of radiology and chief of breast imaging at the University of California, Davis Medical Center, examines the mammogram of a patient with heterogeneously dense breast tissue. Lindfors is among those doctors who say there was insufficient evidence to support the idea that additional screenings would detect cancers earlier. Rich Pedroncelli/AP hide caption

April 30, 2012 • In two new papers, researchers found that two types of women would benefit from regular mammograms in their 40s: those who have very dense breasts, and those who have a close relative who had breast cancer. But some scientists say the papers are misleading women and their physicians. 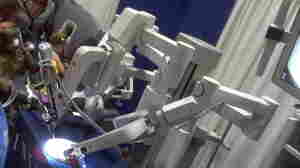 Budding scientists, engineers and doctors lined up to try surgical robots from Intuitive Surgical at a science festival in Washington, D.C., over the weekend. Scott Hensley/NPR hide caption

April 30, 2012 • There were robots everywhere at the USA Science and Engineering Festival in Washington this past weekend. Robots shot baskets. There was a wheeled R2-D2 robot at the CIA's booth. And then there were surgical robots that let future doctors — and patients — try their hand at tasks requiring pinpoint accuracy.

As Diabetes Rises In Kids, So Do Treatment Challenges 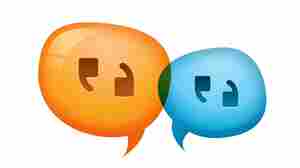 People who are interested in and paying close attention to each other begin to speak more alike, a psychologist says. iStockphoto.com hide caption

To Predict Dating Success, The Secret's In The Pronouns

April 30, 2012 • A psychologist says he can predict whether two people will end up on a date by analyzing their language style and use of certain words. His research on language can also help explain power dynamics between people.

To Predict Dating Success, The Secret's In The Pronouns

April 27, 2012 • Nonprofit hospitals pay no federal, state, or local taxes. In return, they are expected to offer a community benefit, including free and discounted care for low-income patients. But a study by the Congressional Budget Office found that, on average, not-for-profits are providing only slightly more uncompensated care than for-profit hospitals.

April 27, 2012 • If you're wondering how to deal with a health problem, ask your doctor what she'd do for her mom. And if you're puzzling over which insurance plan to pick, take a look at how some health economists size them up. 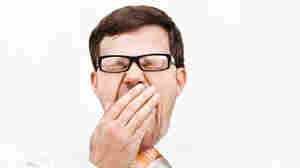 How Work Is Messing Up Your Sleep

April 27, 2012 • People who are working more than one job are sleeping less than most, as are people working more than 40 hours a week. Divorced and separated people are short on sleep, too. Working the night shift can wreck your sleep habits and hurt your health.

April 27, 2012 • In rural Mississippi, the number of doctors per person is among the lowest in the country. Now, a new scholarship program is trying to attract medical students to begin their practice there. The success — or failure — of the program depends largely on the recruiter's ability to pick the right students. 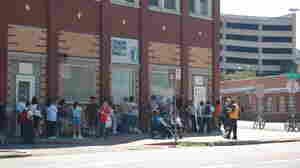 Colorado Extends Medicaid To Some Adults Without Kids

April 26, 2012 • The state is one of just a few that is expanding Medicaid ahead of a major expansion called for in 2014 by the federal health law. Though the state estimates that 50,000 people meet the income bar, Colorado will only be able to offer coverage to 10,000 people.

Colorado Extends Medicaid To Some Adults Without Kids 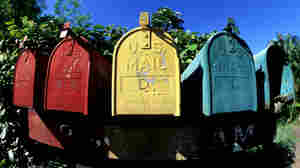 April 26, 2012 • Health insurers that haven't spent the required share of premiums on health care will be sending rebate checks to employers and consumers. All told, an estimated $1.3 billion is expected to be returned to customers this summer. 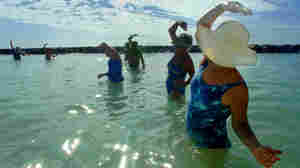 April 26, 2012 • The American Cancer Society says there's strong evidence that an active lifestyle and a diet rich in fruits and vegetables can help cancer survivors live longer and stay cancer-free. But the latest guidelines take a dim view of nutritional supplements, which experts say can be harmful. 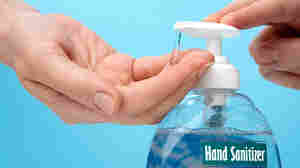 Keep the sanitizer on your hands and out of your mouth. iStockphoto.com hide caption

Doctor Pay: Where The Specialists Are All Above Average

April 25, 2012 • Who makes the most? Specialists who do things to you. Orthopedic surgeons and radiologists top the earnings chart at an average income of $315,000 a year, according to data compiled by Medscape.

April 25, 2012 • Former CIA agent Valerie Plame Wilson says her experience with postpartum depression after giving birth to twins tested her in ways that espionage never did. Now her kids are 12, but Plame Wilson continues to speak out about the 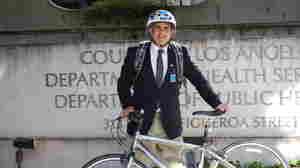 Los Angeles Bets On Doc To Turn Around Public Health

April 24, 2012 • Los Angeles has some 2 million uninsured residents. It has long had one of the most disorganized public health systems, too. Now, Dr. Mitch Katz is looking to reshape the system and match patients with their own doctors.