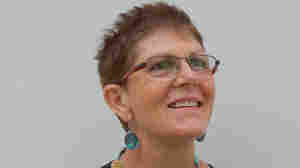 In her new book, Barbara Lipska describes surviving cancer that had spread to her brain, and how the illness changed her cognition, character and, ultimately, her understanding of the mental illnesses she studies. Courtesy of the author hide caption

toggle caption
Courtesy of the author

'The Neuroscientist Who Lost Her Mind' Returns From Madness

'The Neuroscientist Who Lost Her Mind' Returns From Madness 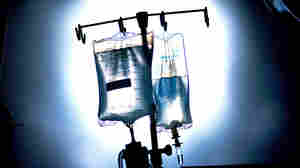 Why Did Sterile Salt Water Become The IV Fluid Of Choice?

March 31, 2018 • IV bags filled with what's called normal saline are used to treat problems ranging from vomiting to lightheadedness. But evidence for the use of saline over other intravenous options is scant. 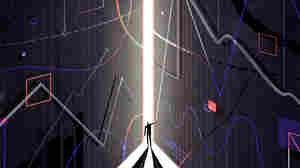 Invisibilia: Do the Patterns in Your Past Predict Your Future?

March 30, 2018 • A massive computer competition works to identify the patterns that can predict where someone will end up in life. But whether this competition has a winner may depend on your viewpoint.

Invisibilia: Do the Patterns in Your Past Predict Your Future? 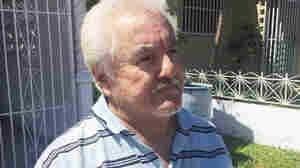 After a lifetime of agricultural work on the U.S. mainland, Ausberto Maldonado retired home to a suburb of San Juan, Puerto Rico. But he has diabetes, and especially since Hurricane Maria, has been struggling to get by. Sarah Varney/Kaiser Health News hide caption

Time's Running Out For Many Frail, Older People In Puerto Rico

March 30, 2018 • Ausberto Maldonado picked corn and asparagus for years on the U.S. mainland before retiring in Puerto Rico. He has diabetes, and as the island's safety net wears thin, he's struggling to survive.

Time's Running Out For Many Frail, Older People In Puerto Rico 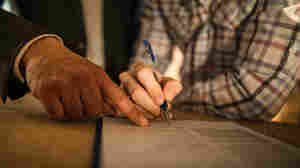 A document developed by a New York end-of-life agency permits people who want to avoid the ravages of advanced dementia to make their final wishes known — while they still have the ability to do so. One version requests that all food and fluids be withheld under certain circumstances. Skynesher/Getty Images hide caption

March 29, 2018 • Supporters call this right-to-die proposal the strongest move yet to document a person's advance wishes in cases of severe dementia. Critics say it would deny basic care to society's most vulnerable. 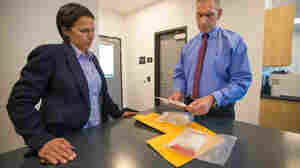 March 29, 2018 • The powerful opioid fentanyl is showing up in batches of cocaine, threatening a new wave of opioid overdoses. Some doctors, drug users and law enforcement wonder if the contamination is deliberate. 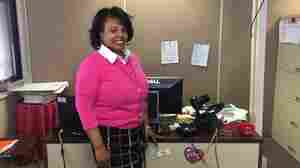 Velva Poole works to reunite children with parents who have been grappling with substance use disorder. Mentoring the parents, she says, is a big part of the state-sponsored program's success. Lisa Gillespie/Louisville Public Media hide caption

March 28, 2018 • A mentoring program in Kentucky expedites treatment for some parents who lose custody of their children. The goal is to help parents get and stay sober, and reunite them with their kids within a year. 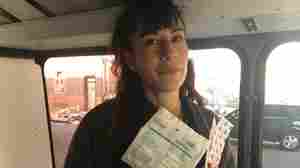 March 28, 2018 • Infections from intravenous drug use are often hidden, under sleeves and beneath pants. These wounds of addiction may be buried in shame. They can also be serious, requiring surgery or constant care. 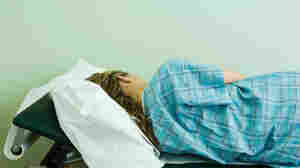 The author of a new book, Doing Harm, argues that a pattern of gender bias in medicine means women's pain may be going undiagnosed. PhotoAlto/Michele Constantini/Getty Images hide caption

March 27, 2018 • Journalist Maya Dusenbery argues that medicine has a "systemic and unconscious bias" against women that is rooted in "what doctors, regardless of their own gender, are learning in medical schools." 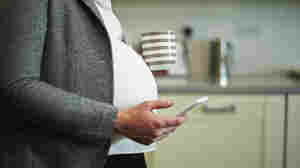 For Women With Low-Risk Pregnancies, Technology Can Reduce Doctor Visits

March 27, 2018 • In a program called OB Nest, The Mayo Clinic has been using a telemedicine program that allows low-risk expectant mothers to forgo some standard prenatal visits. 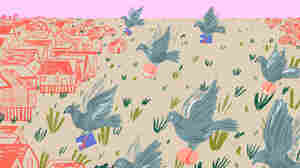 March 26, 2018 • For some U.S. women who buy hormonal contraception via an app, it's all about convenience — birth control pills in the mail, without an office visit. But in Texas there's much more to it. 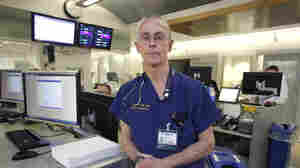 Dr. Garen Wintemute at the University of California, Davis, Medical Center, says of the new authority given to the Centers for Disease Control and Prevention: "There's no funding. There's no agreement to provide funding. There isn't even encouragement." Rich Pedroncelli/AP hide caption

March 23, 2018 • In 1996, Congress limited the Centers for Disease Control and Prevention's ability to study gun control. That will change with the new budget, but gun violence researchers aren't impressed. 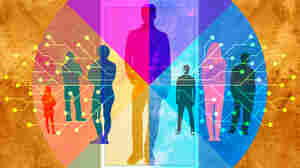 March 23, 2018 • Even big clinical studies can miss important drug side effects. Researchers, doctors and drugmakers are looking at patients' experiences posted on social media for clues on problems that were missed. 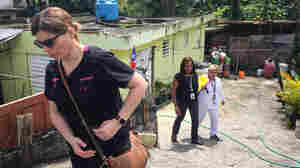 Dr. Carla Rossotti (left), a general practitioner, and her health care team leave the home of the their patient, 37-year-old Osvaldo Daniel Martinez. He has the symptoms of a degenerative disease, Rossotti says, but he needs a neurologist's evaluation before he can get proper treatment. Sarah Varney/Kaiser Health News hide caption

For One Father And Son In Puerto Rico, A Storm Was Just The Latest Trial

March 22, 2018 • The Martinez family has been waiting more than a year for a neurologist to diagnose the son's condition. He needs a diagnosis to be eligible for the health care he needs, but can't get an appointment.

For One Father And Son In Puerto Rico, A Storm Was Just The Latest Trial 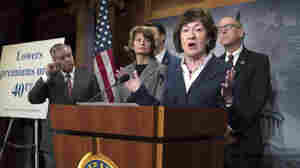 March 22, 2018 • There's no sign of a plan to stabilize the Affordable Care Act marketplaces in the new budget bill, but the agreement does provide a lot more money for other things in health care.