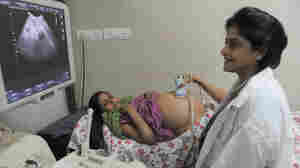 Dr. Nayna Patel performs an ultrasound exam on Rinku Macwan, at a hospital near Ahmedabad, India. It's illegal in India for doctors to reveal a baby's sex during these exams, but many do it anyway. Sam Panthaky/AFP/Getty Images hide caption

In India, Discrimination Against Women Can Start In The Womb

March 29, 2013 • Indian mothers are more likely to get more prenatal care when they're having a boy, health economists say. These small decisions about iron supplements and tetanus shots can have a profound effect on a girl's life, the researchers argue. 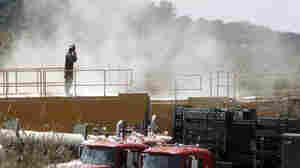 A worker stands on top of a storage bin on July 27, 2011, at a drilling operation in Claysville, Pa. The dust is from powder mixed with water for hydraulic fracturing. Keith Srakocic/AP hide caption

Sand From Fracking Could Pose Lung Disease Risk To Workers

March 29, 2013 • The sand is pumped underground along with water and other chemicals to extract oil and natural gas trapped deep in rock. But researchers found that air samples taken at some drilling sites contained high enough levels of very fine silica particles to be dangerous to workers.

Sand From Fracking Could Pose Lung Disease Risk To Workers 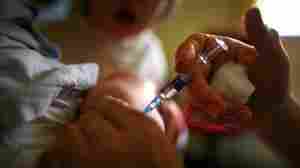 A new study from the Centers for Disease Control and Prevention finds no link between the number of vaccinations a young child receives and the risk of developing autism spectrum disorders. Jeff J. Mitchell/Getty Images hide caption

Number Of Early Childhood Vaccines Not Linked To Autism

March 29, 2013 • A government study of the medical records of 1,000 kids found no correlation between the number of vaccines a child received and his or her risk of autism spectrum disorder.

Number Of Early Childhood Vaccines Not Linked To Autism 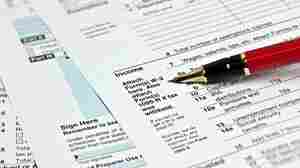 Taxes this year will be as much of a drag as ever. But not because of the Affordable Care Act. iStockphoto.com hide caption

March 29, 2013 • H&R Block claims it's equipped to guide you through the Affordable Care Act and the law's implications for your taxes this year. But the law doesn't really affect 2012 returns. 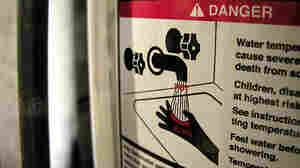 March 28, 2013 • Manufacturers of water heaters agreed in 1988 to set all heaters at 120 degrees Fahrenheit to help reduce tap water burns. But burn rates haven't declined much, so a scientist wanted to find out why. 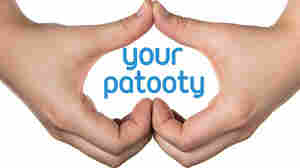 Cute it may be. But will it convince you to get a colonoscopy? loveyourbutt.org hide caption

March 28, 2013 • A new campaign is aimed at helping people overcome the stigma of colon cancer screening. Public health advocates have been laboring for years to get people over age 50 in for colonoscopies, but so far just 60 percent have been screened. 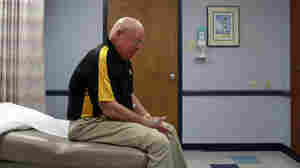 David Oliver sits quietly as he waits for the results of a scan at Ellis Fischel Cancer Center in Columbia, Mo., in 2012. The University of Missouri research professor was diagnosed with cancer in September 2011. He broke the news to colleagues via a video on the Internet. Jeff Roberson/AP hide caption

Why More Patients Should Blog About Illness And Death

March 28, 2013 • The most prestigious medical institutions now encourage patients to blog their experiences with serious illness through sites like CaringBridge and CarePages. Palliative care experts say these tools and social media may be helping us all become more open to talking about death. 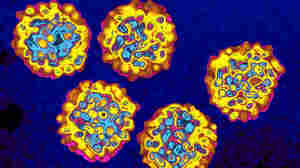 March 27, 2013 • Doctors are desperate for better treatments for hepatitis C, which now affects about 4 million Americans. A new kind of drug that "mops up" molecules in the cells stopped the virus in a small clinical study, offering hope for a quicker cure with few side effects. 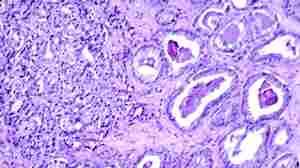 Catalog Of Gene Markers For Some Cancers Doubles In Size

March 27, 2013 • The largest gene-probing study ever done has found dozens of new genetic markers that flag a person's susceptibility to breast, ovarian and prostate cancer. But knowing these susceptibility markers won't mean much for patients for now. 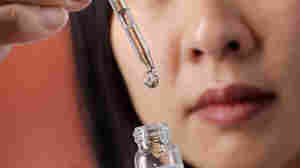 Allergy Drops Under The Tongue May Be Fine Alternative To Shots

March 27, 2013 • Drops under the tongue to treat allergies sounds a lot nicer than allergy shots. A new review in JAMA says they're moderately effective, and relatively safe. But they're also not FDA-approved. Still, doctors, including an author of the study, are prescribing them off-label. 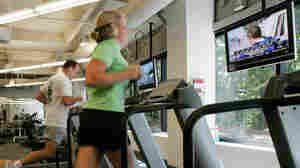 March 26, 2013 • Surveys show that an increasing number of employers are providing employees with financial incentives to stay healthy. Many employers now contribute to employee health savings accounts, but only if employees make sure to take care of their health. 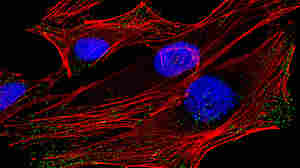 March 26, 2013 • Henrietta Lacks' family was never consulted before her genetic information was made public. Author Rebecca Skloot, who chronicled the story of her cells, says current regulations aren't covering the privacy questions that come up for people like the Lacks family. 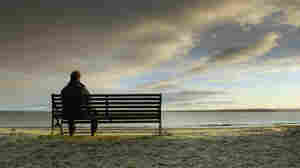 People who are socially isolated may be at a greater risk of dying sooner, a British study suggests. But do Facebook friends count? How about texting? iStockphoto.com hide caption

March 26, 2013 • Loneliness and isolation often go hand in hand, so teasing out which factor is harder on health isn't easy. But a British study now suggests that, while loneliness may make you unhappy, it's social isolation that could take years off of your life. Discuss (with a friend). 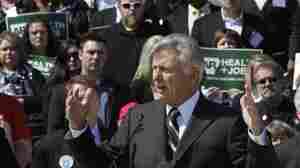 Arkansas Gov. Mike Beebe speaks at a rally promoting the expansion of Medicaid in the state in front of the Capitol in Little Rock on March 7. Danny Johnston/AP hide caption

March 26, 2013 • Arkansas is proposing to enroll people newly eligible for Medicaid in the same private insurance plans available to individuals and small businesses. It's caught the attention of several other Republican-run states that had been holding out on the Medicaid expansion. 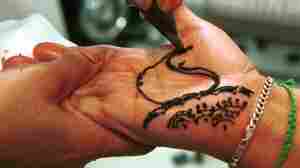 Spring Break Alert: 'Black' Henna Tattoos May Not Be Safe

March 25, 2013 • Henna tattoos have become a popular beach souvenir and tween fashion accessory. But some are made not with the henna plant, but with a chemical that can cause a painful allergic reaction, the Food and Drug Administration warns.