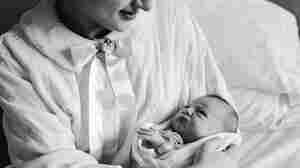 Fifty years ago, the typical first-time mother in the U.S. took about four hours to give birth. These days, women labor about 6 1/2 hours. Carsten/Three Lions/Getty Images hide caption

March 31, 2012 • The typical first-time mother takes 6 1/2 hours to give birth these days. Her counterpart 50 years ago labored for barely four hours. That's a finding with big implications for current rates of cesarean sections.

March 30, 2012 • A government advisory committee has reconsidered its advice to keep certain details of bird flu experiments secret. Revised versions of manuscripts that describe two recent studies can be openly published, the committee now says. The decision could help end a debate that has raged within the scientific community for months. 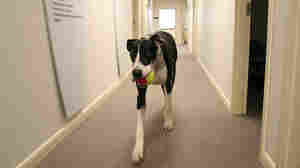 Patch, a Great Dane, has a memo for you. Brian Smith/Flickr hide caption

Take Your Dog To The Office And Stress Less

March 30, 2012 • Do you think you'd be less stressed out if you took your dog to work with you? Science agrees. Employees with dogs were less stressed out than their coworkers, new research finds. But it works only if the dog is polite. 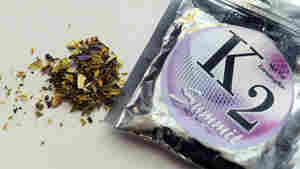 A package of K2, a concoction of dried herbs sprayed with chemicals sometimes called synthetic marijuana. New York moved to ban a wide range of products like these this week. Kelley McCall/AP hide caption

March 30, 2012 • The New York State Health Department banned the sale of synthetic marijuana products like those on Thursday. So all kinds of wacky stuff that's made to get people high — but is often disguised as potpourri, incense or some mixture of herbs — is now verboten.

Thinking The Unthinkable: What If The Whole Affordable Care Act Goes Down?

Thinking The Unthinkable: What If The Whole Affordable Care Act Goes Down?

Deconstructing Some Of The What-Ifs From The Supreme Court

March 29, 2012 • If the Supreme Court strikes down the health overhaul law, what happens to the people who have benefited already? Here's a roundup of some answers to questions raised by the historic arguments. 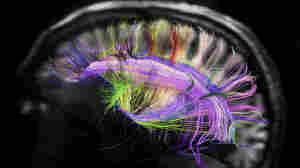 March 29, 2012 • The human brain may be just three pounds of jelly. But it turns out that jelly is very organized. New scanning techniques show that the brain's communications pathways are laid out in a highly ordered three-dimensional grid that look a bit like a map of Manhattan. 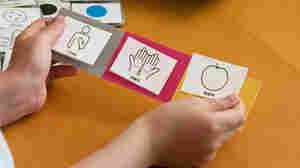 Some children with autism have trouble speaking, and use images to help communicate. iStockphoto.com hide caption

March 29, 2012 • The rapid rise in numbers has prompted calls to declare the developmental disorder an epidemic. But researchers say most if not all of the increase could be due to better recognition of the disorder by parents, doctors and teachers. 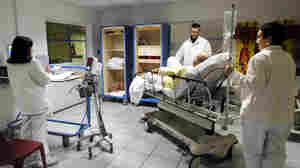 A patient is treated at the Nord Hospital in Marseille, France, in February. European countries have also been engaged in intense debates on the future of their health care systems, where universal coverage is the norm. Anne-Chrisine Poujoulat/AFP/Getty Images hide caption 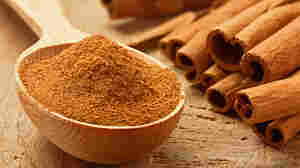 A spoonful of cinnamon is a great idea for apple pie. Eaten straight? Not so much. Maxim Khytra/iStockphoto.com hide caption

Just Say No To The 'Cinnamon Challenge'

March 29, 2012 • A fad is to blame for a big increase in calls to poison control centers about cinnamon. The kooky consumption of a spoonful of the common spice sounds harmless, but it can lead to health trouble. 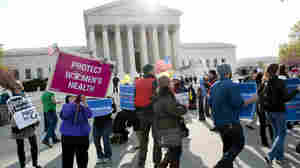 March 28, 2012 • If the justices find the insurance mandate unconstitutional, will they strike down the entire health care law? The top five moments from Justice Antonin Scalia could offer clues about the thinking of the court's conservative majority. 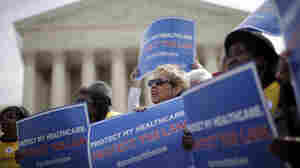 Supporters of the health care law rally in front of the Supreme Court Wednesday, the final day of arguments over its constitutionality. Charles Dharapak/AP hide caption

March 28, 2012 • The key issue is whether the health law's expansion of the Medicaid program for the poor unfairly compels the participation of states. Many considered this to be the weakest part of the states' challenge to the health law, and during Wednesday afternoon's arguments, justices made their skepticism clear. 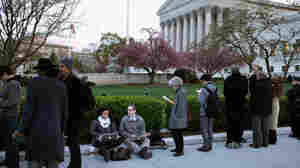 People wait for tickets to attend the last day of arguments over the Affordable Care Act at the Supreme Court. Chip Somodevilla/Getty Images hide caption

Supreme Court Mulls Whether Health Law Can Survive Without Mandate

March 28, 2012 • Questioning earlier this week suggested the health care law's mandate might be in peril. Today, the Supreme Court considered whether other parts of the law could still stand if the mandate falls. "It looked today that if there are five votes to strike down the mandate, there might be five votes to strike down the whole law," said NPR's Nina Totenberg.

A Struggle To Define 'Death' For Organ Donors

March 28, 2012 • A new method of obtaining organs for transplantation has some in the medical community questioning whether donors are technically "dead." The controversy centers around how one defines "dead" — something that turns out to be pretty complicated.

A Struggle To Define 'Death' For Organ Donors 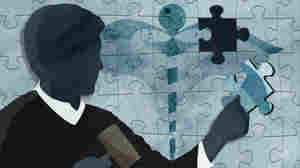 If the Supreme Court rules that the health insurance mandate is unconstitutional, does that invalidate the rest of the law? Adam Cole/NPR hide caption

March 28, 2012 • If the Supreme Court decides that Congress exceeded its constitutional authority in enacting the part of the law that requires most Americans to either have health insurance starting in 2014 or pay a penalty, does that invalidate the rest of the law? And if not, how much, if any, of the rest of the law should it strike down?