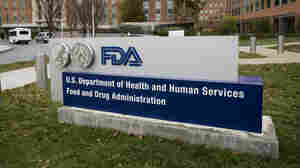 The Food and Drug Administration has seen a sharp increase in applications for drug to treat rare diseases. An oversight report found problems with how agency is handling them. Al Drago/CQ Roll Call/Getty Images hide caption

November 30, 2018 • The Government Accountability Office found breakdowns in the way the Food and Drug Administration evaluates drugs for rare diseases. The analysis came after an investigation by Kaiser Health News. 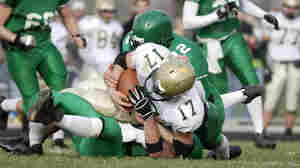 MRI scans before and after a season of football showed brain changes in a study of high school players. groveb/Getty Images hide caption

November 30, 2018 • MRI scans of the brains of young football players suggest that repeated blows to the head can change the shape of nerve fibers in the corpus callosum, which connects the two halves of the brain. 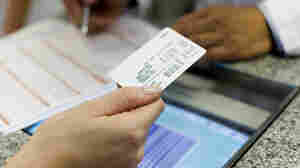 The Trump administration said Thursday it wants states to innovate in ways that could produce more lower-cost health insurance options — even if those alternatives do not provide the same level of financial or medical coverage as an ACA plan. Getty Images hide caption

November 29, 2018 • The Trump administration offered states specific examples Thursday of how they could change the way they implement the Affordable Care Act. Critics say Trump's plan could drive up premiums for many. 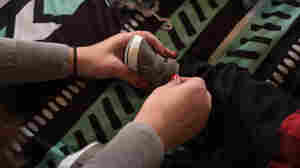 Kristen Philman first tried methamphetamine in her early 20s, as an alternative to heroin and other opioids. When she discovered she was pregnant, she says, it was a wake-up call, and she did what she needed to do to stop using all those drugs. Theo Stroomer for NPR hide caption

Another Drug Crisis: Methamphetamine Use By Pregnant Women

November 29, 2018 • As illegal meth use has made a comeback across the U.S., pregnant women have not been spared, doctors say. New research shows rural areas in the South, Midwest and West have been hit hardest.

Another Drug Crisis: Methamphetamine Use By Pregnant Women 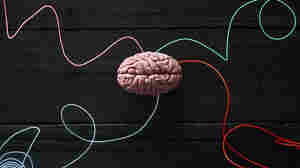 Scientists Improve Mood By Stimulating A Brain Area Above The Eyes

Scientists Improve Mood By Stimulating A Brain Area Above The Eyes 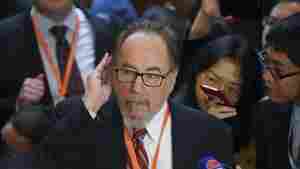 American biologist David Baltimore criticized a fellow scientist who claims he has edited the genes human embryos during the Second International Summit on Human Genome Editing at the University of Hong Kong. China News Service/VCG via Getty Images hide caption

November 29, 2018 • The Second International Summit on Human Genome Editing issues a consensus on how scientists might responsibly move forward to create gene-edited babies in the wake of a rogue scientist's claims. 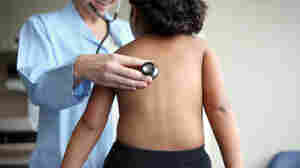 The number of children in the United States without health insurance jumped to 3.9 million in 2017 from about 3.6 million the year before, according to census data. Katrina Wittkamp/Getty Images hide caption

Number Of U.S. Kids Who Don't Have Health Insurance Is On The Rise

November 29, 2018 • Economic growth usually means more kids get health insurance, but that's not been the case during the Trump years, a study shows. For the first time in a decade, the uninsured rate for children is up. 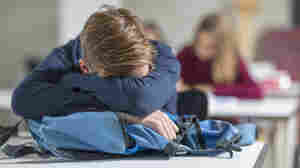 Researchers zeroed in on the ages of kids when they enrolled in kindergarten to investigate discrepancies in ADHD diagnoses. Westend61/Getty Images hide caption

November 28, 2018 • Harvard University researchers probed the way ADHD is assessed by taking advantage of a quirk found in many U.S. school systems that means some kids are a year younger their classmates. 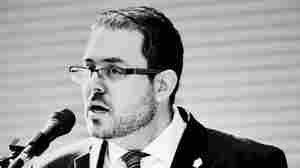 November 28, 2018 • When Joseph Sakran was 17, he was shot in the throat after a high school football game. That experience inspired him to become a surgeon — and to speak out against gun violence. 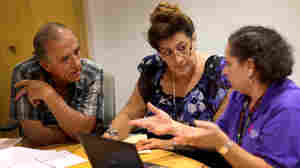 Affordable Care Act navigator Nini Hadwen (right) helped Jorge Hernandez (left) and Marta Aguirre find a plan on the health insurance exchange in Miami in 2013. Today, with fewer navigators, much of that counseling is done by phone instead of in person. Joe Raedle/Getty Images hide caption

November 28, 2018 • The Trump administration is spending $10 million this year on health care navigators — down from $63 million in 2016. Nationwide, workers are scrambling to apprise people of insurance options. 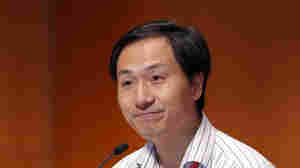 November 28, 2018 • He Jiankui, who shocked the world by asserting he had genetically edited twin girls, faced growing criticism from other researchers as he spoke at a scientific conference in Hong Kong. 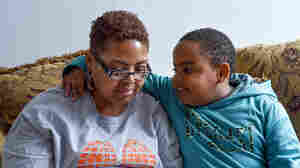 Shereese Hickson was diagnosed with multiple sclerosis in 2012 and is unable to work. She supports herself and her son, Isaiah, on $770 a month. Shane Wynn for KHN hide caption

November 27, 2018 • Shereese Hickson's doctor wanted her to try a drug called Ocrevus for her multiple sclerosis. Trained as a medical billing coder, Hickson was shocked by the six-figure bill and the share she owed. 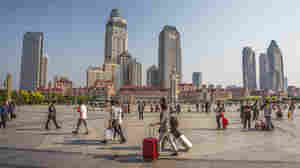 Tianjin, in northern China, is home to Tianjin University, an international research center that recently hired an American to lead its school of pharmaceutical science and technology. He recruits students from all over the world, he says, and the program's classes are taught in English. Prisma Bildagentur/UIG/Getty Images hide caption

November 27, 2018 • In a quest to rapidly advance its scientific depth and breadth, China is recruiting scientists from around the world. Some from the U.S. say the greater funding for school and research is freeing. 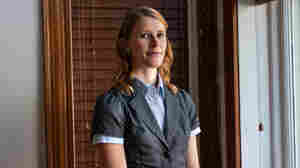 Dr. Kimberly Remski was told by a potential employer that she couldn't provide abortions during her free time, something she felt called to do. "I realized it was something I really needed to do," she says. Kim Kovacik for NPR hide caption

For Doctors Who Want To Provide Abortions, Employment Contracts Often Tie Their Hands

November 26, 2018 • Some doctors are morally opposed to performing abortions. Others feel it's their calling and give up weekends to work at small clinics that offer them. And that can put their jobs in jeopardy. 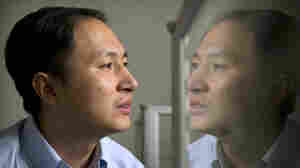 Genetics researcher He Jiankui said his lab considered ethical issues before deciding to proceed with DNA editing of human embryos to create twin girls with a modification to reduce their risk of HIV infection. Critics say the experiment was premature. Mark Schiefelbein/AP hide caption

November 26, 2018 • A scientist says he created the first genetically edited babies using CRISPR to protect them from HIV infection. The move has prompted immediate criticism as premature and reckless.