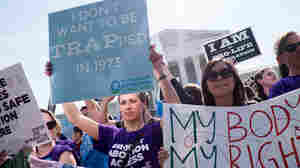 November 30, 2016 • Abortion-rights supporters are going on the offensive to challenge state laws that limit access to abortion, even as they anticipate more restrictions under a Trump administration. 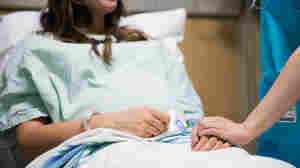 Will a change in administration curtail experiments in how the government pays for health care? Hero Images/Getty Images hide caption

November 30, 2016 • The Center for Medicare & Medicaid Innovation has explored payment changes that could cut health care costs and improve quality. But will the center survive in a new administration? 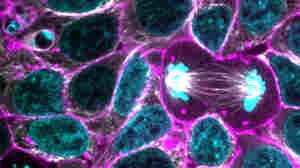 In a cluster of glowing human stem cells, one cell divides. The cell membrane is shown in purple, while DNA in the dividing nucleus is blue. The white fibers linking the nucleus are spindles, which aid in cell division. Allen Institute for Cell Science hide caption

Glowing Human Cells May Shed Light On Sickness And Health

November 30, 2016 • Researchers who developed a collection of human stem cells with glowing internal structures have begun sharing them with colleagues. The glow reveals the secret workings of cells. 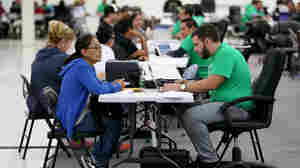 Millions Of People Are Having An Easier Time Paying Medical Bills

November 30, 2016 • The number of people who say they are struggling to pay medical bills has dropped by 13 million in the past five years, a study finds. An improving economy and the Affordable Care Act are why. 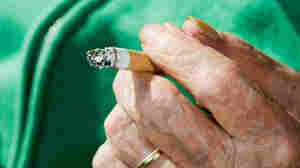 It's Never Too Late To Quit Smoking, Even In Your 60s

November 30, 2016 • It's true that the earlier a smoker quits the better, but even people who quit in their 60s lowered their risk of death compared to those who kept puffing away. 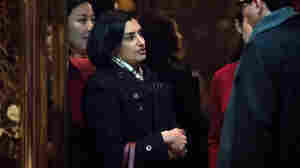 November 29, 2016 • Seema Verma, a consultant who has been Vice President-elect Mike Pence's health policy adviser in Indiana, played a key role in the state's expansion of Medicaid. 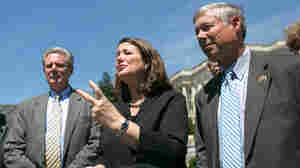 November 29, 2016 • The House could vote Wednesday on a vast bill that stretches nearly a thousand pages and holds changes large and small for the National Institutes of Health and the Food and Drug Administration. 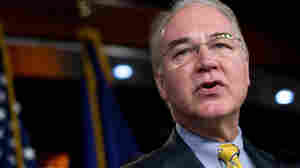 Rep. Tom Price has introduced his own alternative to the Affordable Care Act four times. The legislation provides an idea of how he might lead the Department of Health And Human Services. Andrew Harrer/Bloomberg via Getty Images hide caption

November 29, 2016 • Rep. Tom Price has proposed an alternative to Obamacare that emphasizes tax credits, health savings accounts and continuous insurance coverage as a way to deal with existing health conditions. 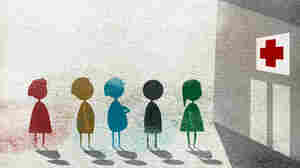 Women Could Pay More Than Men For Health Care Under Trump 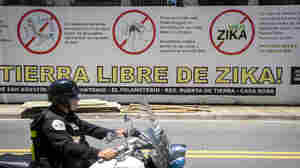 Anti-Zika advice applied to a wall in front of a housing project in the Puerta de Tierras section of San Juan, Puerto Rico. This public health message was part of an island-wide effort to stem the spread of Zika. Angel Valentin/Getty Images hide caption

November 29, 2016 • More than 2,600 pregnant women on the island have tested positive for Zika. While the number of confirmed cases of fetal abnormalities has been small, officials are concerned about long-term effects. 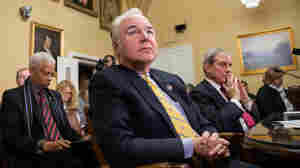 November 28, 2016 • Rep. Tom Price, an orthopedic surgeon, has represented the northern Atlanta suburbs since 2005. In recent years, he has led Republican efforts to repeal and replace the Affordable Care Act. 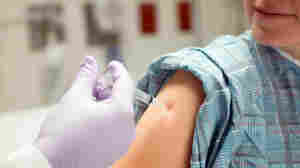 Flu Vaccine During Pregnancy Not Linked To Autism

November 28, 2016 • Neither getting the flu nor getting a flu shot appears to increase the risk of autism in children, a study finds. The shots are recommended because the flu poses health risks to mother and fetus. 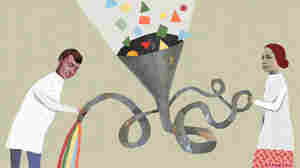 Big Data Coming In Faster Than Biomedical Researchers Can Process It

November 28, 2016 • There's a plethora of projects to gather data about the brain, various kinds of cancer and every type of cell in the body. But researchers are struggling to keep up with the information explosion.

Big Data Coming In Faster Than Biomedical Researchers Can Process It 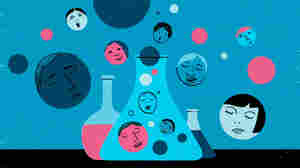 November 28, 2016 • Medical researchers are no longer ignoring the people who have the most to gain — or lose. But as patient advocates become more influential, they risk being co-opted by the biomedical industry. 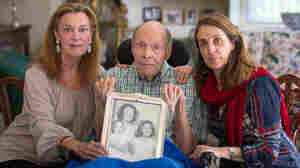 Laura Rees (left) and her sister Nancy Fee sit with their father, Joseph Fee, while holding a photo of his late wife, Elizabeth. Robert Durell for KHN hide caption

November 27, 2016 • Hospitals often shy away from offering quality assessments about skilled nursing care because of a Medicare requirement not to restrict choice. Federal officials are weighing changes to that rule.