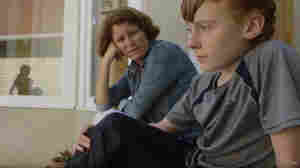 November 30, 2015 • Sophie Sartain watched her grandmother take care of her intellectually disabled aunt, Dona, and thought that she could never be that devoted. Then her son was diagnosed with autism. 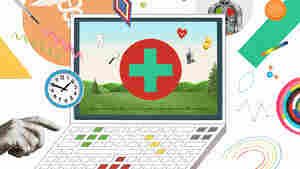 Patients Want To Price-Shop For Care, But Online Tools Unreliable

November 30, 2015 • Savvy patients want the best medical care for the best deal, and online calculators seem like a great way to compare the cost of common scans and procedures. But many are inaccurate.

Patients Want To Price-Shop For Care, But Online Tools Unreliable 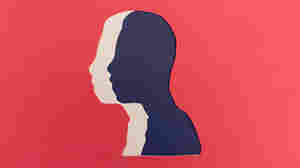 Loneliness May Warp Our Genes, And Our Immune Systems

November 29, 2015 • Loneliness takes a toll on many aspects of health, in part because it activates a fight-or-flight immune response. That may have helped ancestors survive lonely exile, but can slowly kill us today. 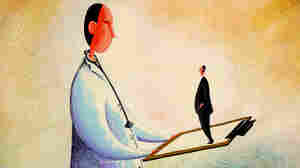 November 28, 2015 • A 10 percent bump in pay under the Affordable Care Act will expire at year-end. The bonus was supposed to help balance the reimbursement discrepancies between primary care providers and specialists. 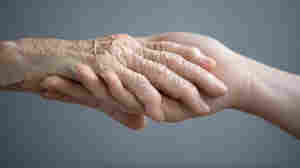 What seemed like a burden can become a gift. iStockphoto hide caption

After The Cranberries And Pie, Take Time To Talk About Death

November 27, 2015 • Advance directives don't guarantee that a person's wishes for end-of-life care will always be honored. Some states let people use physician orders that override legal requirements to perform CPR. 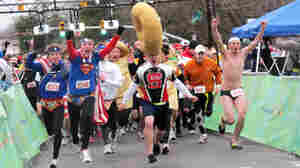 A view from the starting line of the sixth annual Krispy Kreme Challenge in Raleigh, N.C., in 2010. The local children's health clinic takes its name from this annual charity race, which draws about 8,000 participants each year. Courtesy of Dustin Bates hide caption

November 27, 2015 • The Krispy Kreme Challenge Children's Specialty Clinic gets its name from a student-run charity race in Raleigh, N.C., that has already raised $1 million for kids. Still, some find the name unhealthy. 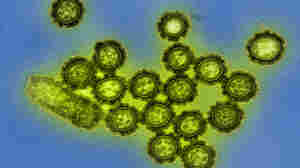 This year's flu vaccine protects against a few different virus strains, including the H1N1 seen here. The fuzzy outer layer is made of proteins that allow the virus to attach to human cells. NIAID/Flickr hide caption

Inside Each Flu Shot, Months Of Virus Tracking And Predictions

November 27, 2015 • Scientists worldwide face a yearly challenge in deciding what goes into the annual flu vaccine to make it effective. The job requires keeping tabs on a massive group of speedy, shape-shifting viruses.

Inside Each Flu Shot, Months Of Virus Tracking And Predictions 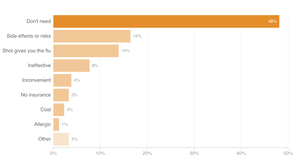 Many Americans Believe They Don't Need The Flu Vaccine

November 27, 2015 • An NPR poll finds nearly two-thirds of adults got this year's flu vaccine or plan to get it. Many of those who are skipping vaccination cite a lack of need and worries about side effects. 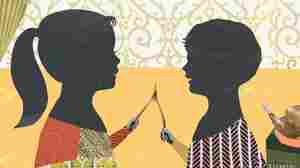 Your Adult Siblings May Hold The Secret To A Long, Happy Life

November 26, 2015 • Our siblings are with us for longer than anyone else through our lives. Strong sibling relationships can cushion the blows of aging, while conflict cuts to the bone. 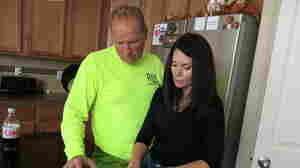 Rick and Letha Heitman, of Centennial, Colo., bought their health plan in 2015 through Colorado HealthOP, an insurance cooperative that will close at the end of the year. HealthOp's CEO says the co-op was "blindsided" when some promised federal subsidies failed to materialize. John Daley/CPR News hide caption

November 26, 2015 • Establishing a member-owned, nonprofit health co-op from scratch is tough; 12 of 23 that tried under Obamacare have closed after just one year. Sick patients poured in, and promised subsidies didn't. 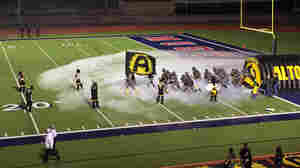 Deaths Persist In Youth And Student Football Despite Safety Efforts

November 25, 2015 • At least 19 young football players have died so far in 2015. Pediatricians are calling for changes in the way the game is played, including a move to non-tackle games.

Deaths Persist In Youth And Student Football Despite Safety Efforts 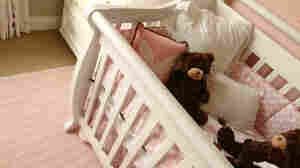 Babies have suffocated after being trapped in padded crib bumpers, according to the Consumer Product Safety Commission. iStockphoto hide caption

To Reduce Infant Deaths, Doctors Call For A Ban Of Crib Bumpers

November 25, 2015 • Those adorable padded bumpers shown in baby-gear catalogs can be a hazard, and researchers say babies continue to suffocate even though a federal agency has told parents not to use them. 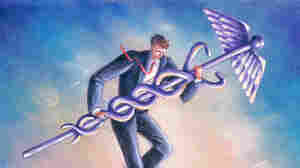 Premiums Rise Faster For Flexible Health Plans Than For HMOs

November 25, 2015 • The cost of health plans that allow more choices of doctors and hospitals is rising almost twice as much as those with rigid networks, finds an analysis of markets around the country. 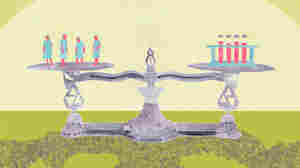 A Controversial Rewrite For Rules To Protect Humans In Experiments

November 25, 2015 • One revision would crack down on studying tissue and blood samples without getting a person's consent. Another change would make it easier to conduct studies in many locations at once.

A Controversial Rewrite For Rules To Protect Humans In Experiments 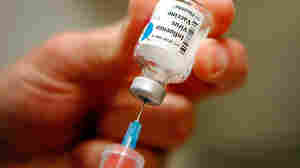 A nurse prepares an injection of the influenza vaccine at Massachusetts General Hospital in Boston in 2013. Brian Snyder/Reuters/Landov hide caption

Worried About The Flu Shot? Let's Separate Fact From Fiction

November 24, 2015 • If you've ever wondered if the flu shot can give you the flu, you're not alone. We fact check the most common flu myths for you and provide the lowdown on this year's vaccine.