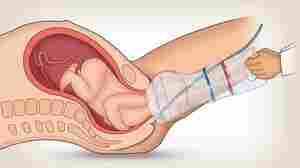 Popping A Baby Out Like A Cork, And Other Birth Innovations

November 29, 2013 • With babies getting bigger and moms' pelvises getting smaller, it's no wonder moms have problems in delivery these days. Inventors have come up with all kinds of devices to help babies into the world. Some seem promising, but others are a little far-fetched. 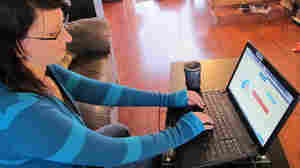 Lara Imler has tried to cancel her enrollment on HealthCare.gov, but to no avail. Annie Feidt/Alaska Public Radio Network hide caption

Breaking Up With HealthCare.gov Is Hard To Do

November 28, 2013 • Lara Imler was one of the first people in Alaska to sign up for health insurance on HealthCare.gov. Turns out, the website miscalculated her subsidy. She wants to start over and get a new plan. But a stubborn software kink is standing in her way.

Breaking Up With HealthCare.gov Is Hard To Do 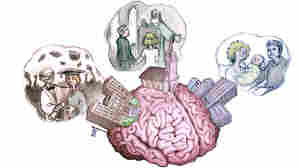 Brain Cells 'Geotag' Memories To Cache What Happened — And Where

November 28, 2013 • Scientists have identified special cells in the brain's hippocampus that mimic a trick of some digital cameras. These cells automatically 'tag' the memory of each event in our lives with information about where that event took place — the better to recall, perhaps, where we left our lost keys.

Brain Cells 'Geotag' Memories To Cache What Happened — And Where 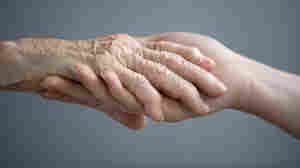 What seemed like a burden can become a gift. iStockphoto hide caption

After The Cranberries And Pie, Let's Talk About Death

November 28, 2013 • Most people know about advance directives for end-of-life care. But many don't know about a one-page form designed to let people who are very old or sick specify just how much medical care they want. It's signed by a physician, so it's got teeth. But some disability advocates say it may go too far for some people. 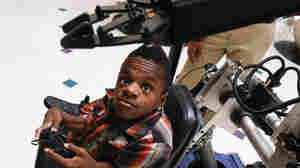 Dee Faught tests a robotic arm installed on his wheelchair in September. Commercially produced robotic arms can cost tens of thousands of dollars, but three Rice engineering students built one for Dee for about $800. Eric Kayne for NPR hide caption

'The Coolest Thing Ever': How A Robotic Arm Changed 4 Lives

November 28, 2013 • For a class project, three engineering students at Rice University devised an inexpensive robotic arm to help a teenager with an uncommon bone disease.

'The Coolest Thing Ever': How A Robotic Arm Changed 4 Lives 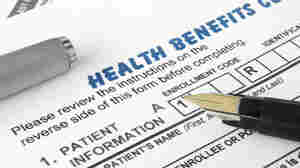 Small employers can still enroll in Affordable Care Act coverage through insurers or brokers, but not through the online exchanges. iStockphoto hide caption

November 27, 2013 • No online registration for you, the Obama administration told small-business owners interested in using the Affordable Care Act exchanges to buy employee health insurance. Online access was pushed back to November 2014. Employers can still enroll through an insurer or broker. 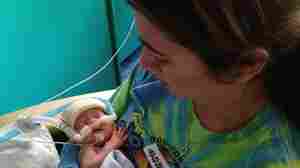 November 27, 2013 • The push to get women to breast-feed has been so successful that many mothers who can't do it are looking for other mothers' extra milk. Milk banks that pasteurize and sell donated breast milk have sprung up. Informal online swapping of extra mother's milk has become popular, despite quality concerns. 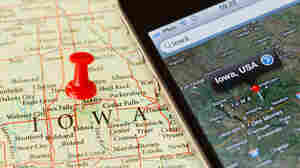 November 27, 2013 • Right now, there are about a dozen full-time navigators and a few part-timers to help 200,000 Iowans make decisions about health insurance. In the countryside, it's particularly hard to get help to people who want it. 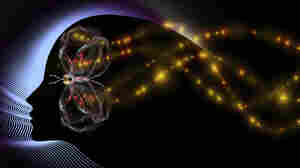 Hormones clearly influence a women's health, but figuring out how is a tricky business. Andrew Ostrovsky/iStockphoto.com hide caption

Estrogen May Not Help Prevent Fuzzy Thinking After Menopause

November 27, 2013 • Women with naturally higher levels of estrogen after menopause don't have better memory or mental skills, Stanford researchers say. It's yet another dent in the long-held belief that the hormone is linked to mental sharpness. 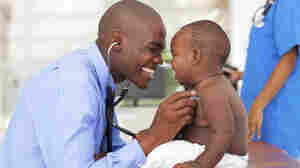 November 27, 2013 • While our attention has been focused on Obamacare, there are rumblings of a major shift in the way companies offer private health insurance to workers. It involves what are called "private health care exchanges." These are similar to — but completely separate from — the public exchanges you've heard so much about. 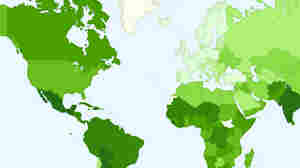 November 26, 2013 • A fresh analysis finds that the death toll from the H1N1 swine flu in 2009-10 was severely underestimated. The Americas were hit much harder than Europe or Australia. And the deaths occurred in a much younger population than normally affected by the flu. 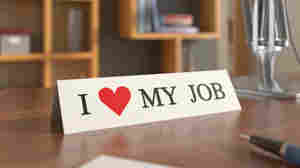 But maybe not the insurance. Karl Dolenc/iStockphoto hide caption

November 26, 2013 • Many health insurance policies for part-time workers will end next year and won't be renewed. Better quality choices will likely be on the menu for these workers, though they are also going to cost people more. 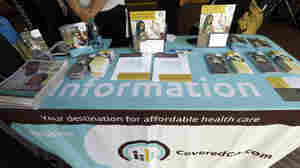 November 26, 2013 • Insurance cancellation notices have sparked a political firestorm. President Obama proposed a delay, but California's health exchange board rejected that fix. Now, despite initial outrage, some people in the state who lost their plans are finding better coverage and good deals on the marketplace. 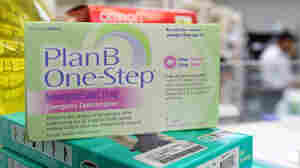 Levonorgestrel, one of the main ingredients in emergency contraceptive pills, including Plan B, was found in a recent study to be less effective in overweight and obese women. Justin Sullivan/Getty Images hide caption

November 26, 2013 • European drug regulators are warning that the emergency contraceptive called Plan B does not work in women who weigh 176 pounds or more. The warning follows a September study showing an increased number of pregnancies in women who had taken Plan B. 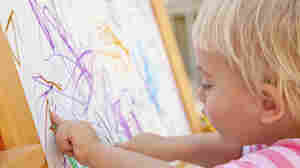 Yes, Your Toddler Really Is Smarter Than A 5-Year-Old

November 25, 2013 • Developmental psychologists are trying to figure out what very small children know and when they know it. The answer: a lot, and a lot earlier than you think. One experiment finds that 18-month-olds can reason abstractly when sorting blocks, well before they are able to explain it.