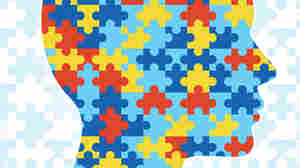 November 30, 2012 • A vote this weekend by a small group of academics could result in changes to several entries in the Diagnostic and Statistical Manual. Doctors may no longer be advised to avoid diagnoses of depression after the death of a loved one, and Asperger's syndrome may be folded into the spectrum of autism. 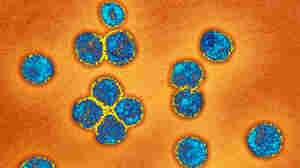 SARS-Like Virus Found In Jordan, Hunt Is On For Other Cases

November 30, 2012 • The latest cases represent the oldest known so far. They push the SARS-like virus's timeline back three months from the first reported case involving a 60-year-old man who died in Jedda, Saudi Arabia, last June. 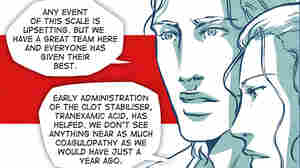 November 30, 2012 • Sometimes the real trick for improving health is getting people, including doctors, to hear the right message and then do something about it. 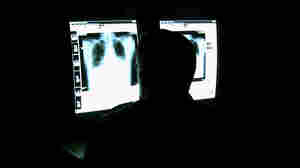 Who's there? A radiologist studies digital X-rays in a viewing room at what is now called the Walter Reed National Military Medical Center in Bethesda, Md. Seth Rossman/U.S. Navy hide caption

Radiologists Say It's Time To Come Out Of The Dark

November 30, 2012 • Radiologists have an image problem with patients. Many of them don't know who the doctors are or what they do. A survey finds that only about half of patients receiving CT scans even knew radiologists are doctors. 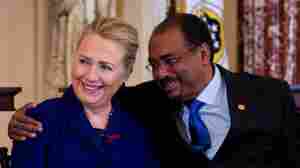 November 29, 2012 • HIV has been declining in many parts of the world over the past decade. Today the U.S. unveiled an ambitious plan to stop most new HIV infections around the world. But some health leaders question whether their goals are realistic, especially with impending budget cuts. 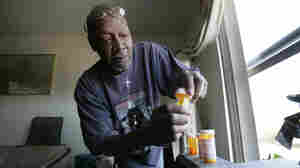 Keith Gresham, 65, lines up four medications he takes at his home in Detroit in 2011. The self-employed painter was without health insurance for about a decade and was happy to finally turn 65 last year so he could qualify for Medicare. Patricia Beck/MCT/Landov hide caption

The Hidden Costs Of Raising The Medicare Age

November 29, 2012 • By delaying the age at which people can join Medicare, the federal government could save millions of dollars. But if 65- and 66-year-olds have to find health insurance on the open market, states, employers and individuals of all ages will end up paying a lot more.

The Hidden Costs Of Raising The Medicare Age 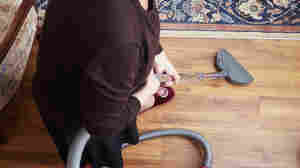 Scientists say that the best way to reduce a person's contact with the flame retardant chemicals in sofas and other furniture is to vacuum more. SINAN DONMEZ/iStockphoto.com hide caption

November 28, 2012 • The chemicals are meant to prevent a sofa from going up in flames, but there are concerns about health risks. With efforts to ban the chemicals moving slowly, the solution for now may be a simple vacuum cleaner. 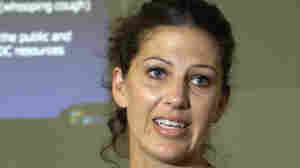 At a Los Angeles media briefing in 2010, Mariah Bianchi describes how her own case of whooping cough caused the death of her newborn son. Reed Saxon/AP hide caption

November 28, 2012 • There were more than 9,000 whooping cough cases in California in 2010, a 60-year high. There has been a resurgence of the disease across the country lately. Why? People going without vaccination is one factor. Another may lie in the vaccines themselves. 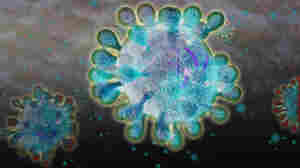 An artistic model of a coronavirus infecting a cell. The family of viruses can cause mild infections, like the common cold, and severe pneumonia-like infections, such as SARS. Peter Kohama/MCT/Landov hide caption

SARS-Like Virus Resurfaces And Infects A Family In Saudi Arabia

November 28, 2012 • A few months ago health workers discovered a new variety of coronavirus that killed one man and hospitalized another. Now the virus has infected four more people in the Middle East. How they got sick is a question scientists would like to answer.

November 28, 2012 • More than three-quarters of women who opt for double mastectomies are not getting any benefit because their risk of cancer developing in the healthy breast is no greater than in women without cancer. 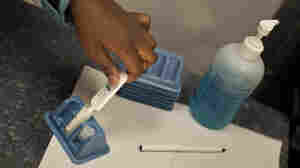 A young man places an oral swab into a solution to complete an HIV test during a free screening event in Washington, D.C. Brendan Smialowski/Getty Images hide caption

November 27, 2012 • The number of new HIV infections in the U.S. is relatively stable at about 50,000 people a year. But HIV is on the rise in people under 25, federal data show. The upswing is driven largely by infections among young black men. 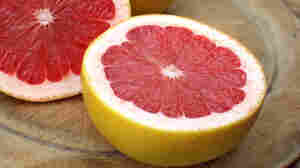 Grapefruit can make for a tasty addition to breakfast. But it can also interfere with some medications. iStockphoto.com hide caption

More Drugs Cited As A Risky Mix With Grapefruit

November 27, 2012 • Some consumers of the bitter citrus fruit may need to rethink their morning routine. Chemicals in grapefruit can interfere with the body's ability to to clear certain drugs. The number of affected medicines has jumped in recent years. Pharmacists are calling for greater grapefruit awareness among physicians and patients alike. 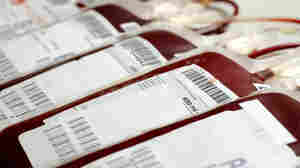 Hospitals began testing blood for hepatitis in 1992, so anyone who received a blood transfusion before then is at an increased risk for contracting the disease. iStockphoto hide caption

November 27, 2012 • Because many people don't disclose behaviors that put them at a higher risk for hepatitis C, an influential medical panel doctors is moving toward a recommendation that all baby boomers get tested. 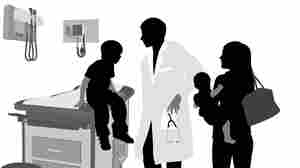 Should a talk about guns be off-limits in the exam room? iStockphoto.com hide caption

Taking Aim At Restrictions On Medical Questions About Gun Ownership

November 27, 2012 • A Florida law prohibits doctors from discussing gun ownership with patients. After some doctors fought the law in court, a federal judge blocked its enforcement. Now the state has appealed the injunction, and advocates for both sides are weighing in. 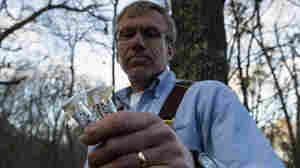 To Fight Tick-Borne Disease, Someone Has To Catch Ticks

November 27, 2012 • A Rhode Island researcher is a master at collecting deer ticks where other people overlook them. He caught 15,000 of them last year, and his success is a sign of a growing problem. Tick-borne diseases are on the rise.

To Fight Tick-Borne Disease, Someone Has To Catch Ticks