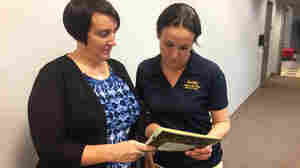 Diane Brown, executive director of the Arizona Public Interest Research Group, talks to college students about the benefits of buying health coverage on the exchanges. Will Stone/KJZZ hide caption

With ACA Plans A Tougher Sell, Insurers Bring On The Puppies

October 31, 2017 • The federal government has all but dropped out of marketing the Affordable Care Act, so states, corporations and private groups are stepping up. Some are going cute, while others get serious.

With ACA Plans A Tougher Sell, Insurers Bring On The Puppies 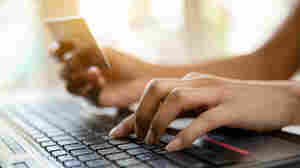 People hoping to get health insurance coverage in 2018 may need to make sure their 2017 premiums are paid. Busakorn Pongparnit/Getty Images hide caption

If You're Shopping For Health Insurance, Make Sure You're Paid Up On Old Plan

October 31, 2017 • People hoping to get federally subsidized coverage on the marketplaces should make sure their 2017 premiums are paid and that they filed the correct documents with their 2016 taxes. 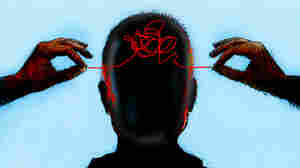 Brain Patterns May Predict People At Risk Of Suicide

October 30, 2017 • A computer program learned to identify people thinking about suicide by studying brain activity patterns associated with words like "death" and "trouble."

Brain Patterns May Predict People At Risk Of Suicide 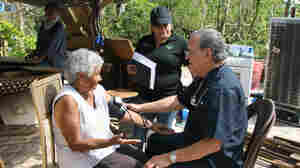 October 30, 2017 • The Puerto Rican government has prioritized getting power back to hospitals. Many clinics and doctors' offices, like other small businesses on the island, still don't have electricity. 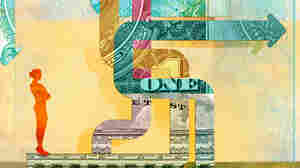 Shop Around: Subsidies May Offset Your 2018 Health Insurance Price Hike 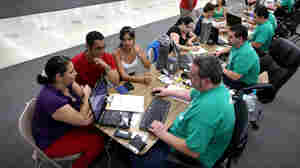 Yudelmy Cataneda (from left), Javier Suarez and Claudia Suarez talk about health insurance with Yosmay Valdivian (right), an insurance agent from Sunshine Life and Health Advisors, at the Mall of Americas in Miami in 2014. Joe Raedle/Getty Images hide caption

October 30, 2017 • Open enrollment on the exchanges for health insurance created by the Affordable Care Act will be different this time around. Here are some tips on how to make the most of it. 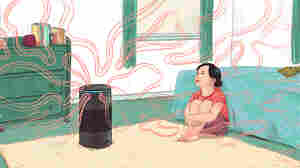 Alexa, Are You Safe For My Kids?

October 30, 2017 • Talking to a device that talks back can be entertaining and educational for children. But psychologists say children can develop relationships with these devices that can be different than adults.

Alexa, Are You Safe For My Kids? 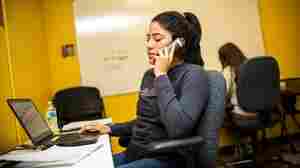 Christy Torres of Foundations Communities in Austin contacts people who bought insurance on Healthcare.Gov. to tell them it's almost time to renew. Martin Do Nascimento/KUT hide caption

October 28, 2017 • Since the Trump administration slashed outreach funds and shortened the enrollment period to sign up for Affordable Care Act plans, local groups struggle to get the word out to Latinos and others. 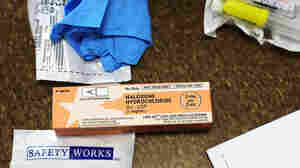 An overdose rescue kit handed out at an overdose prevention class this summer in New York City includes an injectable form of the drug naloxone. Spencer Platt/Getty Images hide caption

Counting The Heavy Cost Of Care In The Age Of Opioids

October 27, 2017 • The city of Baltimore says it needs more money to distribute a lifesaving opioid overdose medication. And a recent study finds the cost of treating overdoses in U.S. hospital ICUs has risen sharply.

Counting The Heavy Cost Of Care In The Age Of Opioids

In every group the researchers studied, the more marijuana people smoked the more sex they reported having. Katarina Sundelin/PhotoAlto/Getty Images hide caption

October 27, 2017 • Surveys of 50,000 people found that those who smoked marijuana had sex more often than those who abstained from the drug. What is unclear is whether other factors explain the apparent link. 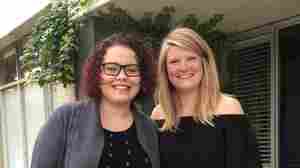 Ilia Henderson (left) is planning to sign up for a health insurance plan on the federal marketplace with help from Charlotte, N.C.-based navigator Julieanne Taylor (right) again this year. Alex Olgin/WFAE hide caption

October 26, 2017 • North and South Carolina have very different outlooks since the Trump administration cut funding for the helpers who assist people signing up for health insurance. 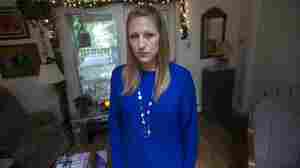 Julie Eldred is back at home in Massachusetts now. But she was sentenced to a treatment program for opioid addiction as part of a probation agreement, then sent to jail when she relapsed. Some addiction specialists say that's unjust. Jesse Costa/WBUR hide caption

October 26, 2017 • The high court in Massachusetts is weighing legal and scientific evidence to decide whether a woman convicted of larceny violated the terms of her probation by relapsing into drug use.

An 11-year-old boy put small magnets up both nostrils, then couldn't figure out how to get them out. These X-rays tell the tale. The New England Journal of Medicine hide caption

When A Boy Sticks Magnets Up His Nose, Doctors Have To Get Ingenious

October 25, 2017 • Children often swallow small magnets or stick them into noses or ears. They can cause serious internal damage, and doctors sometimes have to think outside the box to remove them safely. 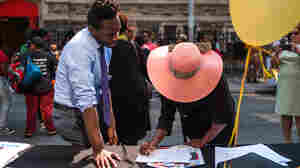 Kolbi Brown (left), a program manager at Harlem Hospital in New York, helps Karen Phillips sign up to receive more information about the All of Us medical research program, during a block party outside the Abyssinian Baptist Church in Harlem. Elias Williams for NPR hide caption

October 25, 2017 • An influential Harlem church is trying to help the National Institutes of Health overcome reluctance by some African-Americans to participate in a medical study of 1 million diverse Americans. 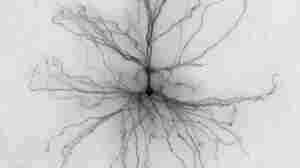 October 25, 2017 • By rushing live brain cells from the operating room to the lab, scientists have been able to create three-dimensional reconstructions of cells that reveal their electrical behavior and shape.