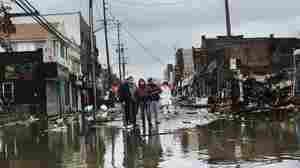 October 31, 2012 • Public health officials are warning that people in areas devastated by Sandy face many risks in the storm's aftermath. They are urging people to protect themselves from health threats in the water, air and even their refrigerators. 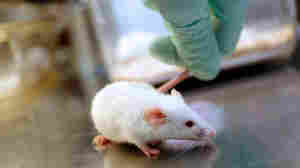 Researchers at New York University Hospital worry the mice they use to study human disease may have perished in the flooding caused by Superstorm Sandy. iStockphoto.com hide caption

October 31, 2012 • Specially bred mice and rats perished in the flooding from Superstorm Sandy. Now cell lines and DNA stored in refrigerators and freezers might be dying as the temperature rises. The loss could set researchers back years. 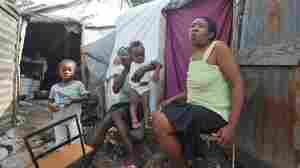 Hurricane Sandy's tear across the Caribbean left at least 54 dead in Haiti, where many people still live in tents because of damage from the 2010 earthquake. Thony Belizaire/AFP/Getty Images hide caption

Before Sandy Hit U.S., Storm Was A Killer In Haiti

October 31, 2012 • Haiti had documented 54 deaths caused by Sandy — most in the nation's southern peninsula, which points toward Jamaica. Another 21 Haitians were still counted as missing, and many fear the death toll will rise as officials reach affected areas isolated by impassable roads and ruined bridges. 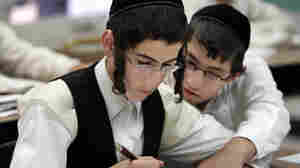 October 31, 2012 • To stem a widespread outbreak of mumps in Orthodox Jewish communities, public health officials tried giving children a third dose of vaccine instead of the usual two shots. The outbreak was so widespread a quarantine wasn't feasible. 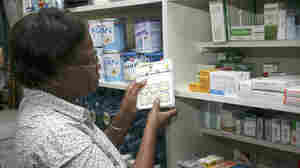 October 31, 2012 • A test of subsidies in Africa for the most effective malaria drug treatment is drawing fire. Supporters say the subsidies helped improve access and drive out less effective drugs. But critics say the approach is risky and a distraction from other efforts to fight the disease. 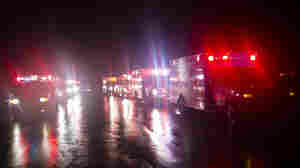 October 30, 2012 • When Sandy slammed into New York City, one of Manhattan's biggest hospitals buckled. After the power went out in Lower Manhattan, New York University Langone Medical Center's backup power generators failed, too, and more than 200 patients had to be evacuated. 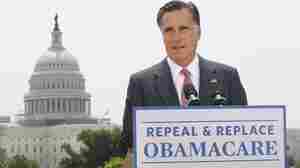 Could Romney Repeal The Health Law? It Wouldn't Be Easy

October 30, 2012 • Stopping the Affordable Care Act may be harder than the law's opponents realize. For one thing, if he's elected, former Massachusetts Gov. Mitt Romney can't just grant waivers letting states ignore the law on his first day as president.

Could Romney Repeal The Health Law? It Wouldn't Be Easy 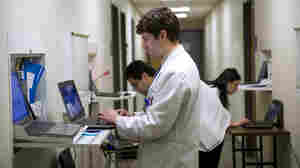 Students at Georgetown University School of Medicine prepare to meet with an actor playing a patient in an exam room in March. Kevin Wolf/AP hide caption

October 30, 2012 • More intense care can translate into worse, and more expensive, care at the end of life. So, the thinking goes, doctors who train at hospitals with better and more efficient care will be in better shape to become future leaders. 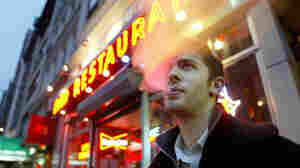 David Ozanich smoked outside the Live Bait bar in New York City in April 2003, a few months after a ban on smoking in bars and restaurants took effect. Diane Bondareff/AP hide caption

October 29, 2012 • Bans on smoking in bars and workplaces appear to reduce heart attacks and deaths within months. The savings on health care spending were significant, too. Researchers say the findings provide strong support for limits on smoking indoors. 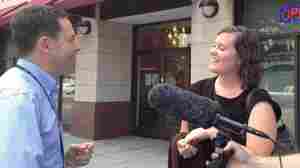 Take A Listen To The Shots Podcast

October 29, 2012 • Are you prepared for some unorthodox audio from an ink-stained wretch still working on the transition to online journalism from print? If so, click through to listen to Shots, the podcast. This episode covers multivitamins and cancer, health report cards and how Americans feel about retail health clinics.

Take A Listen To The Shots Podcast 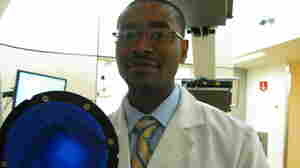 Radiation therapist Jean Etienne holds a range compensator, which shapes the depth to which the proton beam enters a patient's body to target a tumor. Rebecca Davis/NPR hide caption

October 29, 2012 • Proton therapy can be targeted much more precisely than regular radiation. The hope is that it translates into far fewer side effects, such as impotence and incontinence. But it also costs twice as much as regular radiation. And there's no proof it's more effective — it could potentially be worse, say some radiation experts. 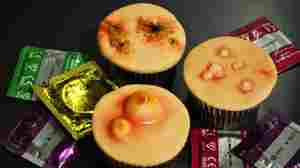 toggle caption
Eat Your Heart Out 2012

October 28, 2012 • Get an anatomical education through cakes, cookies, and cocktails. A British museum is hosting an anatomy-themed bake sale this weekend. 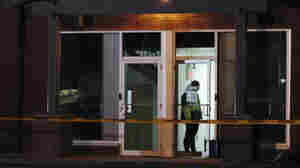 October 26, 2012 • FDA officials say the New England Compounding Center's own environmental monitoring showed multiple instances of contamination going back nearly nine months before an outbreak of meningitis linked to one the company's drugs. The company's knowledge of contamination problems and its failure to act are among the most damning findings to come out investigations of the pharmacy. 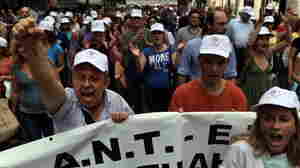 Health employees protest outside the Health Ministry in Athens against pay and budget cuts. Fewer resources for malaria treatment and mosquito control may be contributing to malaria's comeback in Greece. Aris Messinis/AFP/Getty Images hide caption

Malaria Creeps Back Into Greece Amid Health Budget Cuts

October 26, 2012 • After decades of being malaria-free, Greece is seeing a spike in malaria cases. And it's showing up in communities where the disease has never been seen before. Fewer resources for mosquito control and medications are fueling the reappearance of the forgotten disease, health workers say. 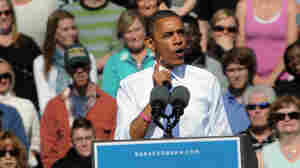 President Embraces 'Obamacare'; What Would Romney Do?

October 26, 2012 • Some critics are puzzled by Mitt Romney's opposition to the Affordable Care Act because the law is a close cousin of the measure he signed while governor of Massachusetts. But others counter that the private sector is best left to make the changes imposed by President Obama's signature achievement.

President Embraces 'Obamacare'; What Would Romney Do?