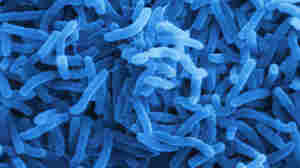 October 30, 2010 • Scientists investigating the origin of the Haiti cholera strain say it's possible the strain will be one that's never been seen before.

Campaign Ads On Overhaul And Medicare Give Some Seniors Heartburn

October 29, 2010 • Ads that claim the new federal health law imperils the future of Medicare are getting traction with senior citizens. But fact-checking groups say the attacks stretch the truth.

Campaign Ads On Overhaul And Medicare Give Some Seniors Heartburn 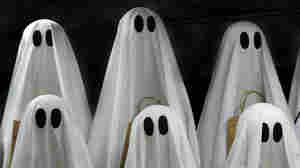 Ghostwriter Spills Secrets On How Medical Manuscripts Get Made

October 29, 2010 • Ever wondered about the folks who really write some of the biggest papers published in medical journals around the world? A ghostwriter sits down for a pre-Halloween chat about how the scientific sausage is made.

October 29, 2010 • A substance involved in the creation of fearful memories has been found in mice. Because it's part of a memory system that seems to work the same way in people, the chemical may one day prove helpful in avoiding post-traumatic stress disorder. 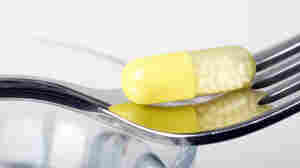 The menu may not have a new diet medicine anytime soon. iStockphoto.com hide caption

October 29, 2010 • The Food and Drug Administration has a lot of questions about Qnexa, an experimental diet pill. Are the risks worth a modest improvement in weight loss? That remains the big bugaboo for the field of weight-loss medicines. 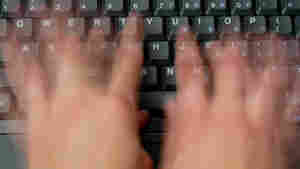 Your fingers know when they've made a mistake. iStockphoto.com hide caption

Typing Errur? Your Fingers Know Even When Your Brain Doesn't

October 28, 2010 • The brain has at least two separate systems for detecting errors we make. One involves looking at the result of our actions. The other monitors what we're doing as we do it. 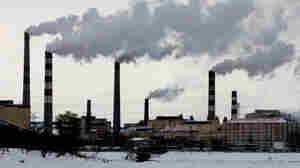 Smokestacks at a factory in China Greg Baker/AP hide caption

October 28, 2010 • A study on BPA exposure in men who work with the it in factories shows that their sperm is less lively than the sperm of men who weren't exposed to high levels of the chemical. But some scientists say don't rush to conclusions. 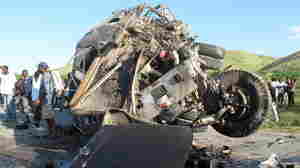 Two trucks crashed on a road toward Saint-Marc in Haiti. One truck was carrying Coke bottles, the other was full of people. The head-on collision knocked the bed off the back of one truck, killing several and injuring many more. Christopher Joyce/NPR hide caption

DISPATCH: The Road To Saint-Marc

October 28, 2010 • Haitians have shown extraordinary resilience -- or perhaps it's that they are hardened. NPR's Christopher Joyce reports from the scene of a horrific traffic accident on the way to Saint-Marc, where the cholera epidemic got its start. 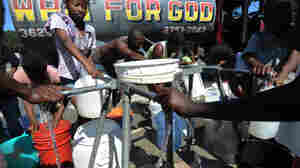 People distribute potable water near a tent city in Port-au-Prince. Officials say a vaccine would do little to prevent more cases of cholera there. Thony Belizaire/AFP hide caption

October 28, 2010 • Vaccines can give up to 90 percent protection against cholera – at least in the short term. But don't expect them to get widespread use in Haiti to contain the current cholera epidemic.

Study Of Corn Sweetener In Soda Stirs Up Controversy

October 28, 2010 • The corn syrup industry argues that high fructose corn syrup is the same as table sugar. If a new study on sweetened sodas can be replicated, the industry may have to rethink that mantra.

October 28, 2010 • Britain's National Institute for Health and Clinical Excellence is taking new fire. The agency has led the way in evaluating cost-effectiveness of treatments, but its rejection of some has been controversial. It may be relegated to an advisory role. 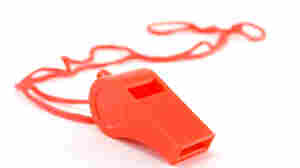 October 27, 2010 • When the government pays for improperly marketed drugs or health services, company insiders sometimes secretly tattle on the fraudsters. If the government follows through, whistleblowers can get a big chunk of the settlements. 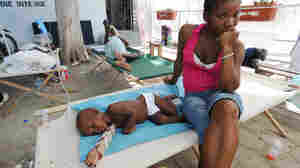 Sick cholera victims and families wait at St. Nicolas Hospital in Saint-Marc, north of Port-au-Prince. Saint-Marc residents burned down nearby tents Wednesday that were supposed to relieve pressure on the hospital. Thony Belizaire/AFP/Getty Images hide caption

October 27, 2010 • An emergency treatment center being built to relieve the pressure on a key hospital in the cholera epidemic was burned down, reportedly by people upset that it was too close to a school. Cholera cases are slowing, yet the scene remains chaotic. 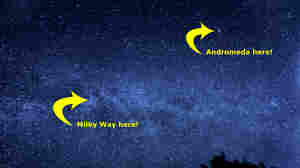 The Milky Way fills the night sky, and, if you look carefully, the Andromeda Galaxy is visible as the slightly brighter patch in the upper right corner. Wikimedia Commons hide caption

On Health Overhaul, GOP Pollsters Are From Andromeda And Dems The Milky Way

October 27, 2010 • Pollsters in different parties are light years apart on how the public views health overhaul. The Republican camp sees a big fallout in the midterm election, while Democrats say overhaul is a campaigning plus.

October 27, 2010 • The Red Cross has been blasting SMS messages twice a day to cell phone users in the epicenter of Haiti's cholera outbreak, the Artibonite River Valley, and to those in Port-au-Prince, who might see a cholera epidemic any day.