January 31, 2011 • In a closely watched case, Judge Roger Vinson of the U.S. District Court in the Northern District of Florida has ruled that the law's mandate that everyone have insurance starting in 2014 or pay a fine is unconstitutional.

New Nutrition Guidelines: Read Between The Lines On Red Meat

January 31, 2011 • The new USDA nutrition guidelines are pretty good at telling us what to eat, like more vegetables, lean meats, and low-fat milk. It's a little less clear when they're telling us what not to eat. 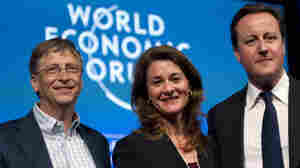 Gates Calls For More Money To Stamp Out Polio

January 31, 2011 • Philanthropist Bill Gates says the time is now for the world to redouble efforts to eliminate polio by funding efforts to vaccinate vulnerable people against the disease. An international initiative to wipe out the disease faces a $720 million budget shortfall. 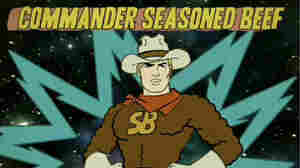 Taco Bell Enlists Superheroes To Bite Back At Beef Lawsuit

January 28, 2011 • Will Taco Bell's Super Delicious Ingredient Force defeat Baron von Bland? A cartoon is part of the fast-food chain's spirited defense of its seasoned beef. A lawsuit claims many of the ingredients aren't beef at all. 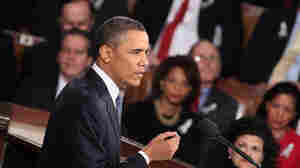 President Barack Obama said he was open to improvements to the health overhaul law during his State of the Union speech earlier this week. Brendan Smialowski/Getty Images hide caption

January 28, 2011 • An analysis from the administration shows that health insurance premiums are expected to be lower than they otherwise would be without the overhaul law. But opponents say the numbers don't add up. 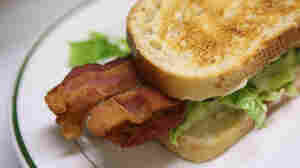 Bacon is cut from the pig's belly, and is one- to two-thirds fat. Justin Sullivan/Getty Images hide caption

Why Bacon Is A Gateway To Meat For Vegetarians

January 28, 2011 • Some vegetarians have spent years accruing knowledge on meat's sinister health effects, factory farming, and the horrors of animals being fattened for slaughter. But bacon sometimes trumps it all, with its powerful aroma, delicate marbled fat , and weekend traditions.

CDC To Doctors: Anti-HIV Pill No Magic Bullet Against Virus

January 28, 2011 • The CDC says doctors need to counsel patients interested in taking a drug to prevent HIV. For one, patients should still use condoms faithfully, because the drug isn't a sure bet against the virus. The medicine is also costly and has side effects.

Doctors Were Big Spenders On Health Lobbying in 2010

January 27, 2011 • Amid last year's debate over the federal health overhaul, the American Medical Association was the biggest spender for lobbying operations among health care groups. Overall, though, the top 10 health care players spent 9 percent less than they did the year before. 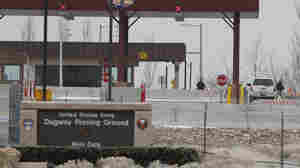 January 27, 2011 • The base came up short when inventorying its supply of VX, a potent chemical developed as a weapon. The missing vial was found, and the base reopened after a 12-hour lockdown.

Avodart Gets Rejected By FDA For Reducing Prostate Cancer Risk

January 27, 2011 • The Food and Drug Administration is not willing to expand the approval of an existing drug for enlarged prostates as a means to reduce the risk of prostate cancer. A panel of expert previously recommended against the expansion. 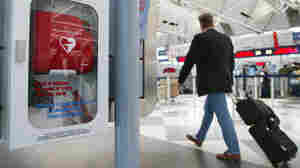 January 27, 2011 • A national study of 13,000 cardiac arrests that occurred outside a hospital finds the chances of survival are much higher among people whose cardiac arrests happenin public versus than for those whose hearts stopped at home or in a nursing home.

A Psychoanalyst Calls For Eating With 'Culinary Mindfulness' 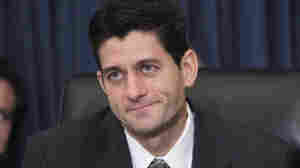 January 26, 2011 • House Republicans launched a series of hearings on the health law this week. They say to give it the scrutiny it didn't get before it passed last year. Meanwhile, Senate Democrats play defense with their own set of hearings highlighting the law's benefits starting Thursday. 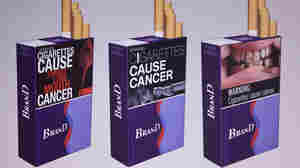 January 26, 2011 • A majority of Americans favor the stark cigarette labels FDA has proposed to deter smoking, according to a nationwide survey conducted by Thomson Reuters for NPR. About 42 percent of current smokers even support the tough warnings. 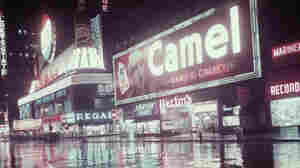 January 26, 2011 • Americans' passion for smoking decades ago is cutting lives short now. That past habit and our weight problems today help explain why people in other wealthy countries can expect to live longer.