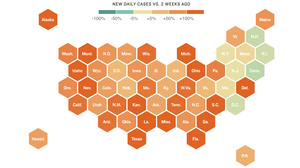 Tracking The Pandemic: Are Coronavirus Cases Rising Or Falling In Your State?

July 5, 2020 • View NPR's maps and graphics to see where COVID-19 is hitting hardest in the U.S., which state outbreaks are growing and which are leveling off. 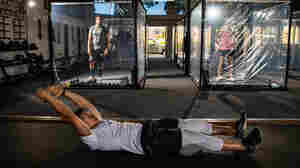 My Gym Is Reopening. Is It Safe To Work Out There?

July 5, 2020 • As gyms open for business, new rules aim to limit the spread of COVID-19, including spacing equipment, regular cleanings and limiting attendance. But experts say it's still safer to exercise at home. 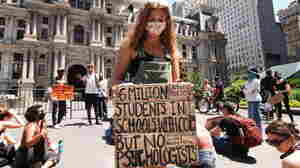 Recent protests in Philadelphia and across the country have drawn young people. But for most of the pandemic, youth have been quarantined and away from their social circles, which could make depression and other mental illness worse. Cory Clark/NurPhoto via Getty Images hide caption

Why Some Young People Fear Social Isolation More Than COVID-19

July 4, 2020 • It's not that young adults aren't worried about the pandemic, psychologists say, but they are at far greater risk of dying by suicide. Finding ways beyond screens to foster social bonds is crucial.

Why Some Young People Fear Social Isolation More Than COVID-19 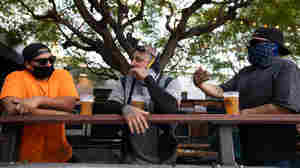 With new coronavirus infections climbing in most states, infectious disease experts are discouraging group get-togethers, especially those that involve drinking. In this photo patrons enjoy a beer outside the Central Market in Los Angeles, this week. Francine Orr/Los Angeles Times via Getty Images hide caption

Celebrating The 4th? What To Know About The Risks Of Parties And Bars

July 3, 2020 • Alcohol makes people lose inhibitions. And maybe take off their masks, and get up close and personal. Here's why you may want to reconsider going out this weekend. Or how to stay safe if you do. 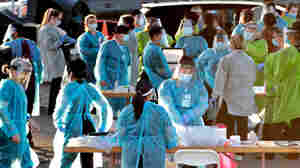 Medical personnel prepare to test hundreds of people for the coronavirus. They lined up in vehicles last week in a Phoenix neighborhood. Matt York/AP hide caption

Drill Down To County Level And The U.S. COVID-19 Outbreak Looks Even Worse

July 3, 2020 • Local data reveal a deeper picture of where the current hot spots are in the United States — and where new ones could surface.

Drill Down To County Level And The U.S. COVID-19 Outbreak Looks Even Worse 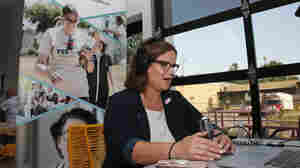 Amber England, who led the successful campaign for a ballot initiative to give 200,000 more Oklahomans health coverage, talked with supporters online this week. Voters narrowly approved the Medicaid expansion measure Tuesday, despite opposition by the state's governor and legislature. Sue Ogrocki/AP hide caption

July 1, 2020 • A narrow majority approved the ballot measure, making Oklahoma the 37th state to expand Medicaid under the Affordable Care Act. An estimated 200,000 uninsured adults will now qualify for coverage. 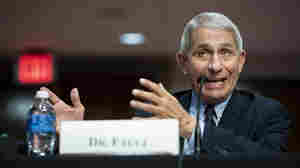 July 1, 2020 • The current surge in cases can be contained, says White House advisor Anthony Fauci. But it's going to take a real focus on social distancing — and mask wearing. 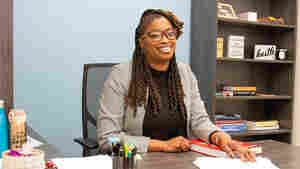 To Be Young, A Doctor And Black: Overcoming Racial Barriers In Medical Training

July 1, 2020 • Young African American doctors say they hope to change the lack of access to medicine in underserved communities. But many say the system that trains them also alienates them.

To Be Young, A Doctor And Black: Overcoming Racial Barriers In Medical Training 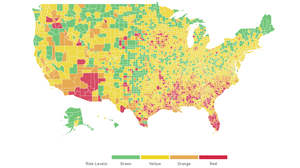 A new interactive map and dashboard lets you find out how bad your county's coronavirus outbreak is. Harvard Global Health Institute/Microsoft AI/Screenshot by NPR hide caption

July 1, 2020 • A new color-coded map, backed by a coalition of top scientists, provides a way of comparing outbreak severity across communities, down to the county level. 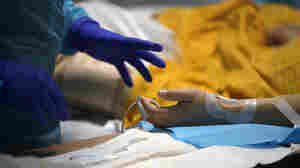 June 30, 2020 • Dr. Danielle Ofri says medical errors are more common than most people realize: "If we don't talk about the emotions that keep doctors and nurses from speaking up, we'll never solve this problem." 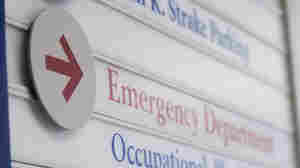 Insurers must cover coronavirus testing, according to federal law, but medical visits to discuss symptoms may not be covered, unless a test is ordered at that time. ER Productions Limited/Getty Images hide caption

She Went To The ER To Try To Get A Coronavirus Test And Ended Up $1,840 In Debt

June 30, 2020 • Carmen Quintero couldn't get a coronavirus test but ended up with a huge bill for trying to. She also was told to self-isolate and had no choice but to use vacation time to stay home from work.

She Went To The ER To Try To Get A Coronavirus Test And Ended Up $1,840 In Debt 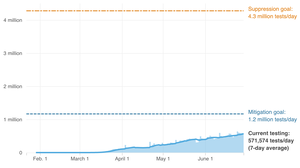 As Coronavirus Surges, How Much Testing Does Your State Need To Subdue The Virus?

June 30, 2020 • A new NPR/Harvard analysis finds most states' testing efforts still fall far short of what's needed to beat back the pandemic. Find out how your state is doing.

As Coronavirus Surges, How Much Testing Does Your State Need To Subdue The Virus? 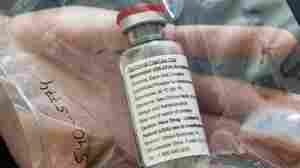 Gilead Sciences, maker of the antiviral drug remdesivir, has come up with a price for the COVID-19 treatment that was less than some analysts expected. ULRICH PERREY/POOL/AFP via Getty Images hide caption

Remdesivir Priced At More Than $3,100 For A Course Of Treatment

June 29, 2020 • An experimental COVID-19 medicine that has been shown to shorten the time people with severe illness have to stay in the hospital finally has a price tag that's lower than some analysts expected.

Remdesivir Priced At More Than $3,100 For A Course Of Treatment 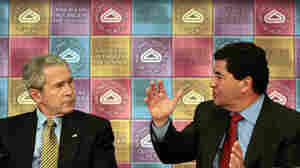 Then-Director of the National Institutes of Health Elias Zerhouni speaks with President George W. Bush during a round table discussion on cancer prevention at the NIH in Bethesda, Md., in 2007. Jim Watson/AFP via Getty Images hide caption

June 29, 2020 • Dr. Elias Zerhouni was head of the National Institutes of Health under President George W. Bush. He says the Trump administration's response to the pandemic has not protected the American people. 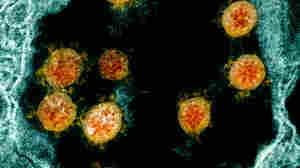 Internationally, scientists now have on file the genomes of more than 47,000 different samples of the virus that causes COVID-19 — up from just one in January. Here's a transmission electron micrograph of SARS-CoV-2 virus particles (orange) isolated from a patient. National Institute of Allergy and Infectious Diseases/National Institutes of Health hide caption

June 26, 2020 • A coronavirus vaccine could become ineffective if the virus were to undergo certain genetic changes. But so far, so good: Scientists see no evidence that's happening.