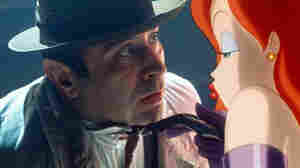 Hoskins in one of his most memorable roles, detective Eddie Valiant in Who Framed Roger Rabbit. Buena Vista/Getty Images hide caption

Bob Hoskins: A Specialist In Tough Guys With Soft Hearts

April 30, 2014 • British actor Bob Hoskins has died at the age of 71, after a bout with pneumonia. The skilled character actor starred in Who Framed Roger Rabbit and received an Oscar nomination for Mona Lisa.

Bob Hoskins: A Specialist In Tough Guys With Soft Hearts 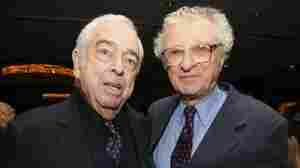 Sheldon Harnick (right) with the late Jerry Bock, his long-time musical collaborator. Together they worked on musicals like Fiddler on the Roof and Fiorello! Astrid Stawiarz/Getty Images hide caption

At 90, 'Fiddler' Lyricist Tells His Story

April 30, 2014 • "Any successful lyricist has to be part playwright and has to be able to put himself into the minds and the hearts and the souls of the characters," Sheldon Harnick tells Fresh Air's Terry Gross.

At 90, 'Fiddler' Lyricist Tells His Story

April 30, 2014 • The NBA has banned L.A. Clippers owner Donald Sterling from the league for life after tapes revealed racist comments he made to girlfriend V. Stiviano. The Beautyshop ladies weigh in. 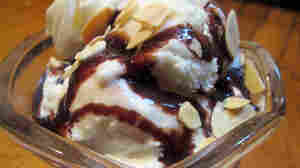 Laura B. Weiss for NPR

April 30, 2014 • With these ice cream desserts, it's the construction, not the cooking, that counts. They're a teensy bit fancy, but not too dressed up for a picnic or a barbecue. 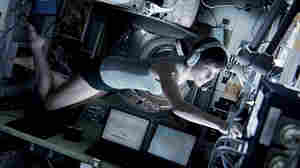 April 30, 2014 • Adam Johnson on the weirdness of visiting North Korea; Ahmed Saadawi wins the 2014 International Prize for Arabic Fiction; Daniel José Older on the overwhelming whiteness of the publishing industry. 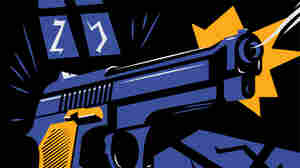 April 30, 2014 • Issue 46 of McSweeney's Quarterly Concern showcases crime fiction from all over Latin America, with new stories from writers like Alejandro Zambra. Reviewer Juan Vidal calls it rousing and essential. 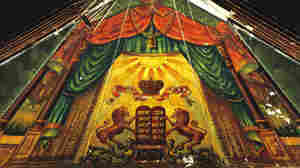 In 1910, Lithuanian artist Ben Zion Black painted the interior of Burlington's Chai Adam Synagogue. Much of the painting was destroyed when the building underwent renovations. Courtesy of the Ohavi Zedek Synagogue hide caption

Century-Old Jewish Mural Was Hidden For Decades In Vermont

April 29, 2014 • In the late 1800s, Jewish immigrants brought the Eastern European tradition of synagogue murals to Burlington. Now one such mural, painted in 1910, is being restored.

Century-Old Jewish Mural Was Hidden For Decades In Vermont 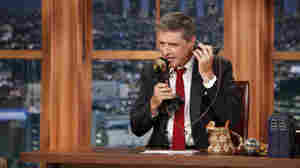 Craig Ferguson set a very individual course for himself in a field with a lot of standard elements. Now, as David Letterman moves on from CBS late night, Ferguson does too. Lisette M. Azar/CBS hide caption

April 29, 2014 • Craig Ferguson has announced that he's leaving his late-night talk show later this year. It raises the question: Did he ever really have one, by our usual definitions?

April 29, 2014 • Tope Folarin and Binyavanga Wainaina share their Twitter poems and read some of their favorites from Tell Me More's National Poetry Month series "Muses and Metaphor." 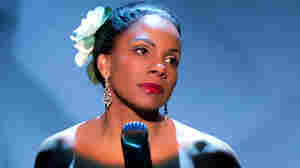 Audra McDonald As Billie Holiday: The Importance Of Feeling It

April 29, 2014 • The freshly Tony-nominated actress and her frequent collaborator, director Lonny Price, talk about the unconventional structure and dramatic challenges of Lady Day at Emerson's Bar and Grill. 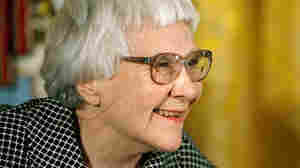 Book News: Harper Lee Agrees To E-Book Version Of 'To Kill A Mockingbird' 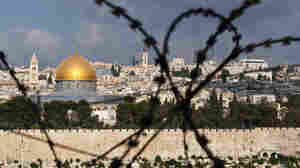 'Nothing More To Lose' Forges A Connection To Palestine

April 29, 2014 • Poet Najwan Darwish's first collection to appear in English muses on identity, history and heartbreak. Reviewer Amal El-Mohtar says it's passionate, yet "so matter-of-fact that it stops the breath." 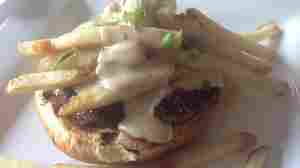 Putting Canada on top of America is both delicious and geographically accurate. NPR hide caption

April 28, 2014 • For this week's Sandwich Monday, we try a poutine burger from the Chicago restaurant Spritzburger. It's the best of Canada on top of the best of America. 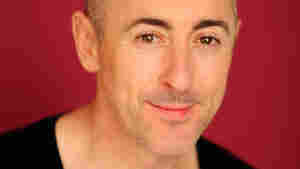