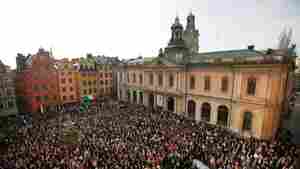 April 30, 2018 • The Swedish Academy was already reeling from sexual assault allegations against a man close to the group, which has been weighing whether to postpone this year's prize. Now, new claims have surfaced. 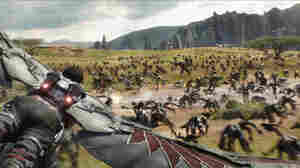 OK, Let's Talk About The Ending Of 'Avengers: Infinity War'

April 30, 2018 • This post contains spoilery speculation (and term-coinage) about the ending of the record-breaking film, and what it means for the future of the Marvel Cinematic Universe. You were warned. 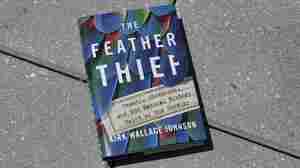 A Weird-But-True Story Takes Flight In 'The Feather Thief'

A Weird-But-True Story Takes Flight In 'The Feather Thief' 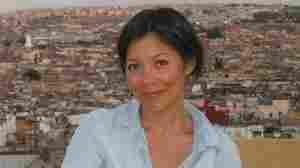 A Journalist Seeks Out Her Roots, But Finds Few Answers In The Soil

April 30, 2018 • Alex Wagner says the birth of her son made her want to learn more about her heritage. "I wanted to tell my son a story that was true," she says. Wagner chronicles her journey in Futureface.

A Journalist Seeks Out Her Roots, But Finds Few Answers In The Soil 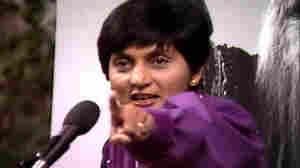 On One Hand, And On The Other Hand, Too: 'Wild Wild Country'

April 30, 2018 • The Netflix documentary series about the Oregon Rajneeshi community that clashed with local and state government suggests there's no real answer to who was right that's entirely satisfactory. 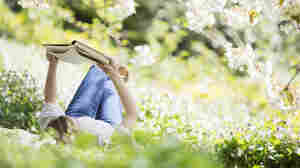 Write A Poem About Your Team, On Or Off The Court

April 30, 2018 • NPR's Morning Edition wants to hear about the moments of teamwork in your life. Share a couplet about the team in your life and we will transform a few into one, big poem.

Write A Poem About Your Team, On Or Off The Court 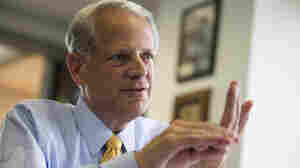 A Bill To Make Every American Bear Arms, In The Novel 'Big Guns'

April 29, 2018 • Steve Israel's new satire imagines a world where the gun lobby holds enough sway to pass such legislation through Congress. As a former Democratic congressman, he knows the subject intimately.

A Bill To Make Every American Bear Arms, In The Novel 'Big Guns'

Puerto Rican Comedy Troupe Aims To Lift Up Spirits Of Those Living On, Off The Island

April 29, 2018 • Popular Puerto Rican sketch comedy group Teatro Breve has been touring the U.S. mainland with a hilarious take on how Puerto Ricans living off the island dealt with Hurricane Maria.

Puerto Rican Comedy Troupe Aims To Lift Up Spirits Of Those Living On, Off The Island 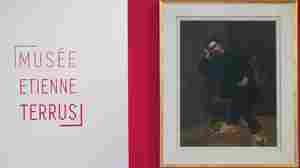 While in the process of a major renovation, the museum in Southern France dedicated to artist Étienne Terrus — whose self-portrait at the museum appears here — discovered that 82 of its paintings are fakes. Raymond Roig/AFP/Getty Images hide caption

French Museum Discovers More Than Half Its Collection Is Forged

April 29, 2018 • The gallery dedicated to the work of artist Étienne Terrus underwent a six-figure renovation only to find that 82 of its paintings are fakes.

French Museum Discovers More Than Half Its Collection Is Forged 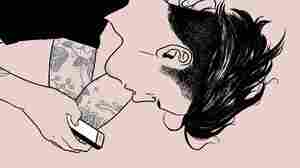 In 'Emergency Contact,' Finding A Safe Space In Texts

April 29, 2018 • Mary H.K. Choi's new novel follows Sam and Penny, both awkward and deeply damaged people, who forge a connection first through text messages and then in real life.

In 'Emergency Contact,' Finding A Safe Space In Texts 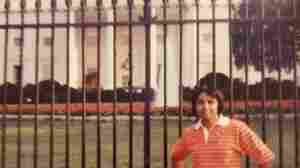 Francis in front of the White House, shortly after immigrating to the U.S. in the 1970s. Courtesy of Christopher Francis hide caption

How A Half-Hour In A U.S. Embassy Changed A Life

April 29, 2018 • NPR's Lulu Garcia-Navarro talks to an immigrant, Christopher Francis from Sri Lanka, who was looking for the man who gave him a visa to enter the U.S. 45 years ago.

How A Half-Hour In A U.S. Embassy Changed A Life 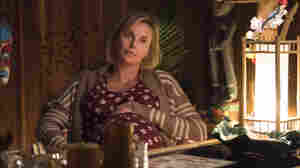 Theron says she loved the script for Tully because it felt like an "honest conversation" about parenting. Kimberly French/Focus Features hide caption

'Tully Gets It': Charlize Theron Wants An Honest Conversation About Motherhood

April 29, 2018 • Theron first read the film's script when her daughter was just a few months old. "It felt very familiar," she says. "I was like, wow, I just went through this."

'Tully Gets It': Charlize Theron Wants An Honest Conversation About Motherhood 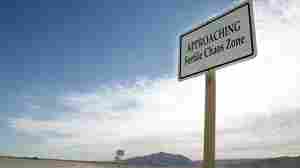 A sign is posted at the entrance checkpoint for the Burning Man festival in Nevada's Black Rock Desert in 2000. The festival's co-founder, Larry Harvey, died on Saturday at 70 after suffering a massive stroke. Hector Mata /AFP/Getty Images hide caption

April 28, 2018 • The co-founder of the annual arts and culture festival in Nevada's Black Rock Desert died on Saturday at 70. The event was born after Harvey burned a giant effigy on a beach in 1986.

April 28, 2018 • This week in the Barbershop we take up Bill Cosby's guilty verdict, Kanye West's controversial tweets, and a newly drafted Buffalo Bills quarterback whose social media past has come back to haunt him.