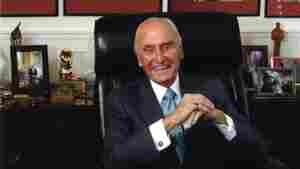 A.C. Lyles in his Paramount office, which is lined with photos of friends and colleagues from his 83 years in the movie business. Lyles has spent his entire career at Paramount. Courtesy A.C. Lyles hide caption

Like The Oscars, A.C. Lyles Marks 83 Years In Movies

February 28, 2011 • The 92-year-old producer got his first job sweeping popcorn at a Paramount theater. At the 83rd annual Academy Awards on Sunday night, he may have been the only person in the audience who had been in the movie industry for as many years as the Oscars.

Like The Oscars, A.C. Lyles Marks 83 Years In Movies

February 28, 2011 • Dirk Vandewalle, an associate professor of government at Dartmouth College, gives an inside look at Libyan leader Moammar Gadhafi and his 42-year rule. Vandewalle has studied and written about Libya since the 1980s. In 1986 he lived in Libya for 14 months, the only Western scholar there at the time.

February 28, 2011 • We eat Taco Bell's "Beefy Crunch Burrito" — a tortilla wrapped around "beef," cheese, rice, reduced fat (?) sour cream and Flamin' Hot Fritos. So what if it's not a sandwich?

'Pre-Adulthood' Separates The Men From The Boys

February 28, 2011 • Once upon a time, boys "became men" when they went to war or started a family. Author Kay Hymowitz says today, too many young men are stuck in an extended adolescence. But sociologist Michael Kimmel argues that as expectations of men and women change, the old measures of manhood no longer apply.

Can I Just Tell You?

Women Have A Right To Talk About ... Everything

February 28, 2011 • Tuesday marks the start of Women's History month. In her weekly commentary, host Michel Martin shares a critical note she received from a listener who disapproved of a Tell Me More conversation focused on fashion.

Women Have A Right To Talk About ... Everything 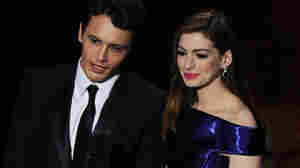 February 28, 2011 • You can learn a lot from Oscar night: apologizing to older viewers, shooting everyone from the side, and always thanking Mom are among the most important lessons. 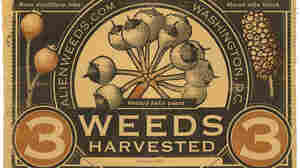 The Art Of War On Invasive Species 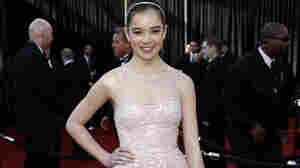 A Few Thoughts On Oscar Night Fashions And Other Foolishness

February 28, 2011 • We eagle eye some of the Academy Award red carpet fashions and add commentary despite the fact that we aren't very fashionable.

'Frank' Did It His Way, And The Story Never Gets Old

February 28, 2011 • Literary theorist Stanley Fish is obsessed with Frank Sinatra — and he's not afraid to admit it. For his Ol' Blue Eyes fix, Fish reads James Kaplan's lengthy biography Frank: The Voice. The story isn't new, but he can't resist imagining himself in the high-flying world of the legendary crooner.

'Frank' Did It His Way, And The Story Never Gets Old 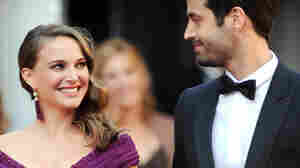 February 28, 2011 • The Oscars have all been handed out, and the winners' sound bites are in. In their acceptance speeches and backstage comments, this year's crop of Academy Award winners reveled in the limelight, thanked their mothers, ducked out for drinks and let loose some profanity. 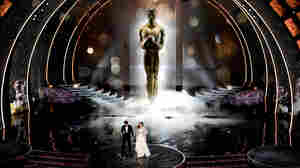 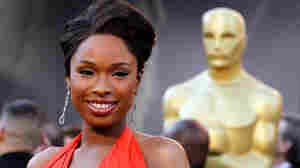 The Oscars, Play By Brutal Play 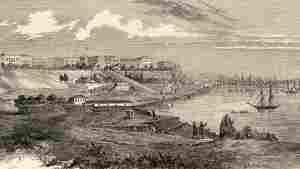 "A city that was home to one of the largest and most famous Jewish communities in Europe ended up destroying itself during the Second World War," explains Charles King, author of Odessa: Genius and Death in a City of Dreams. "It's a story that, until now, has been largely buried in dusty government archives half a world away." Courtesy W.W. Norton and Co. hide caption

February 27, 2011 • The city of Odessa, on the Black Sea, has packed a lot of history into its few centuries of existence. Author Charles King traces the city's ups and downs in a new book, Odessa: Genius and Death in a City of Dreams. 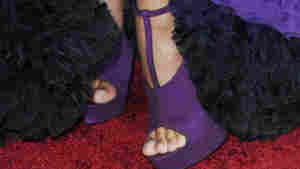 Oscar Night: Chasing Perfection On A Night That Celebrates Its Opposite

February 27, 2011 • The Oscars will show off various artists' attempts at red-carpet perfection — even as the awards celebrate films that are all about the acceptance of imperfection.